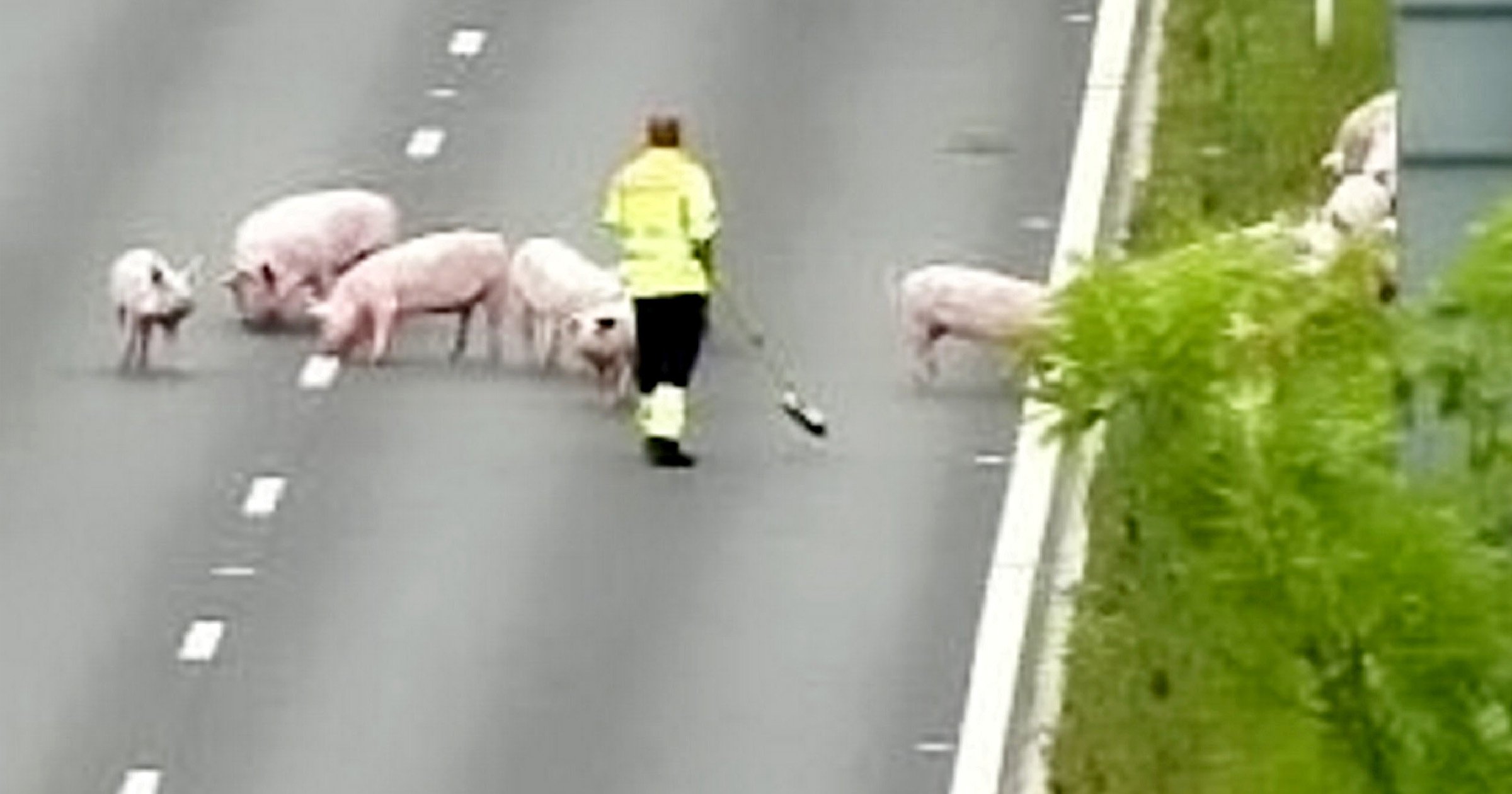 Pigs hogged the inside lane of one of Britain’s busiest motorway, bringing traffic to a total standstill.

The animals made a pig’s ear of people’s travel plans when they escaped onto the M62 between Warrington and Salford.

Pictures from the scene show traffic officers armed with brooms making a ham-fisted attempt to herd the pigs out of the road.

North West Motorway Police said the animals were on the loose between junctions 12 and 11 eastbound, the Eccles and Birchwood interchanges.

Highways England Northwest tweeted: ‘Traffic has been temporarily stopped due to a number of pigs which are being a bit of a swine and won’t move.’

The escaped pigs forced all the lanes on the motorway to close and resulted in 40-minute delays and four miles of stationary traffic this morning (Sat).

Social media users saw the funny side after North West Motorway Police tweeted: ‘Highways are on scene….. doing their best to get our little friends back in to their pen.’

One Twitter user replied: ‘Good to see they’re not boared today. Thank goodness they didn’t need any hambulances, as you’ve saved their bacon!’

National Highways confirmed just before 11.20am that the pigs had been successfully moved on and returned to their field and all lanes re-opened.

It’s not the first time this week that drivers have been scuppered by farmyard animals.

On Thursday, a cow called Daisy wandered onto the M25, causing the road to close for more than an hour.