Diane Abbott hits out at report into racism in Britain 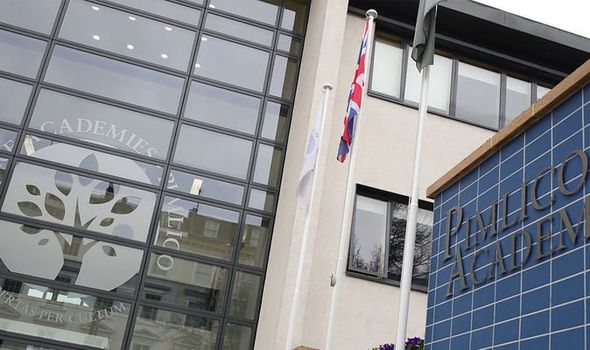 On Wednesday hundreds of students gathered to demand bans on hairstyles that “block people’s views” and hijabs deemed “too colourful” were reversed.

They also claimed the school curriculum focused too heavily on white Kings and Queens of Britain over ethnic minority figures.

Head teacher Daniel Smith had been attempting to improve academic rigour at the school with a “back to basics” campaign since his arrival last September.

However the move angered some students and teachers at the school and resulted in a race row.

Mr Smith has since announced the flag will be removed “pending a review”.

He added: “There are things where there could be room for manoeuvre if they have got recalcitrant children but to back down over flying the union flag is totally unacceptable.

“It is totally unacceptable to have a position whereby the flag of our country is not allowed to fly above public buildings.”

On Tuesday night the Pimlico National Education Union passed a motion of no confidence in Mr Smith.

He said: “The right to protest is a civil liberty which, in the United Kingdom, we all enjoy, one that was hard fought-for and which not everyone in the world is fortunate to have.

“The issue of the flying of the Union flag was discussed at length.

“We acknowledge that this symbol is a powerful one which evokes often intense reactions.

“We have listened to the concerns of students, parents and the wider community about it.

“After Easter, we will conduct a review of this and, as part of that, consult with all the academy’s stakeholders to elicit their feedback.

“In the meantime, and until that review is concluded, the Union flag will not be flown at the academy.”