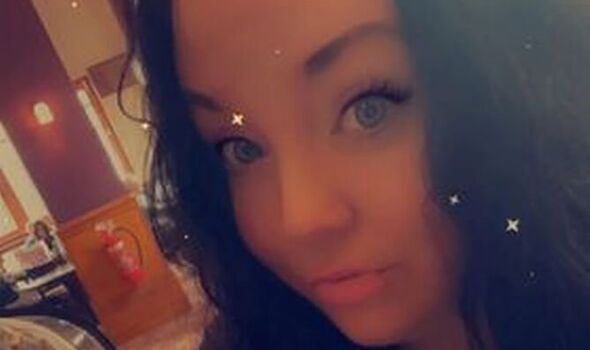 Sarah Brown, who lives with her partner Stephen and five children, woke up on June 1 expecting to see her PIP payment in her account, but it was not there. As a result, the family were unable to top up their smart meter, leaving them without gas and electricity and the ability to shower for days.

DWP has said that the recall was made to prevent an overpayment following a change in Ms Brown’s circumstances, but she has since received the full PIP award she was due.

Sarah and Stephen even had to go without meals at times to ensure their children could eat, reports LancsLive.

The 33-year-old explained how she was wrapped her eight-month-old baby in clothes to ensure they would not go cold during the night, while the rest of the family also went to bed fully clothed.

Sarah has shared her story in a bid to highlight the damaging effects not receiving PIP payments on time can have on families.

After spending hours on the phone to the Department for Work and Pensions, the mum was told there had been a mix-up with her payment and that it had been recalled.

She was told it would take five working days to fix the issue.

This meant the family were left without any money over the four day bank holiday weekend.

Sarah, from Workington, Cumbria, said: “I’m on Personal Independence Payments and I get paid four weekly and the payment was due on the third.

“They told me I’d be paid on the first because of the bank holiday so I would get it early.

“I looked in my bank to see if it had definitely gone in and it hadn’t. I phoned the DWP, I phoned four times that day and they all said different things.”

Sarah was eventually told the DWP had mistakenly given her more money than she is usually allocated, so they recalled the cash.

However, this meant it would take five days to fix the issue, leaving the family in financial difficulty.

Sarah was not even able to access the food bank for an emergency package because it was closed.

She continued: “They said there was nothing they can do about it until they sort the payment. So I said you’re going to see me stuck with five children and an eight-month-old baby with no gas, no electricity. That was my shopping money and my gas.”

Sarah has now decided to take it to tribunal. When Sarah spoke to LancsLive on Sunday (June 5) she had been without gas and electricity since Tuesday (May 31).

Sarah appealed on Facebook to see if anyone could help – something she said left her embarrassed.

She said: “It’s not my error, it’s their error. We were so stuck. All the food banks were shut. We hadn’t had a bath or shower since Tuesday.

“We put money on the meter but that went into debt on the gas. We had no food, we had bread and butter. We were finding things in the cupboard like tins to try and make something.

“I felt like I was begging. To put an appeal out on Facebook was quite embarrassing. All that wasn’t my fault and on day four we managed to get a shower this morning all of us.”

A DWP spokesperson said: “Due to a change in her circumstances, Ms Brown’s PIP payment amount has recently changed.

“In order to prevent an overpayment Ms Brown’s latest PIP payment was recalled. We apologise for any inconvenience caused.

“Ms Brown has now been paid her PIP award in full and her monthly Universal Credit payment was unaffected.”