Meghan famously championed feminist values while she was working on the royal frontline, and has continued her work on female empowerment ever since she left the Firm. She spoke on a virtual platform for ‘When We All Vote’ encouraging women to hit the ballot boxes for the US presidential election this November. She and Prince Harry have also lined up an animated series about powerful women as part of their historic deal with the streaming service, Netflix.

However, Meghan’s focus on this area stretches back far beyond her relationship with Harry.

Although she had been working on the US legal drama Suits since 2011, it was a pivotal UN speech she gave in 2015 which really elevated her name.

The Sydney Morning Herald even described it as the “girl power speech that put Meghan Markle on the map”.

During this address, Meghan explained how she had campaigned against a particular dishwashing liquid advert which implied women belonged in the kitchen. 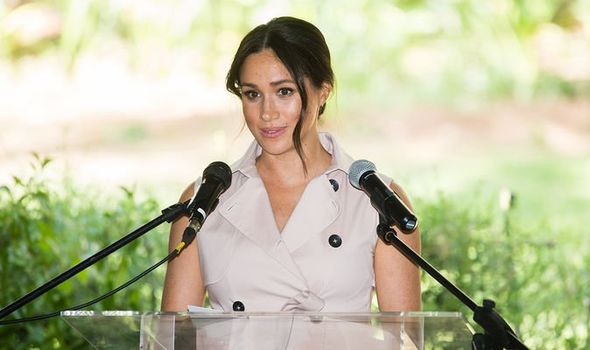 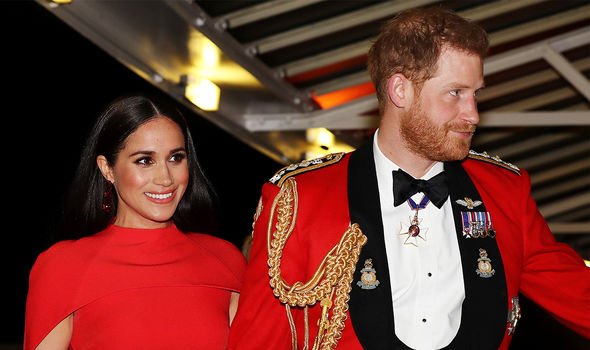 In her 2015 speech, she explained: “At the age of 11, I had created my small level of impact by standing up for equality.”

She also noted: “When it comes to women’s political participation and leadership the percentage of female parliamentarians globally has only increased by 11 percent since 1995. 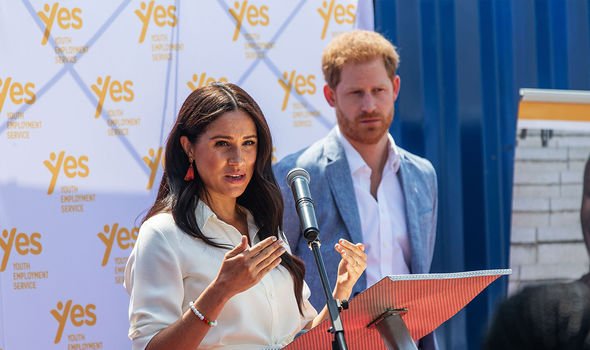 “Eleven percent in 20 years? Come on. This has to change.”

She added, “I am proud to be a woman and a feminist”, a sentence which featured in the biography about Meghan’s life on the Royal Family’s website up until her royal exit this year.

Her 2015 speech was also given just before the UN secretary general Ban Ki Moon’s address, demonstrating the height of the platform she was given. 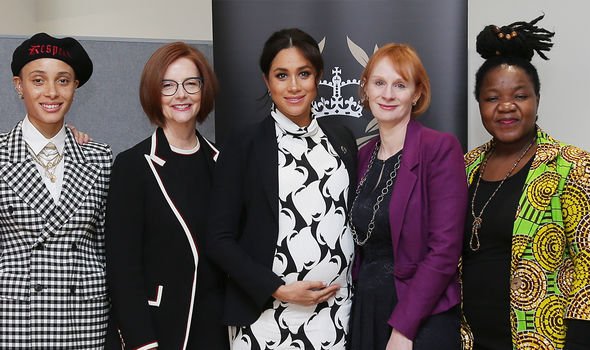 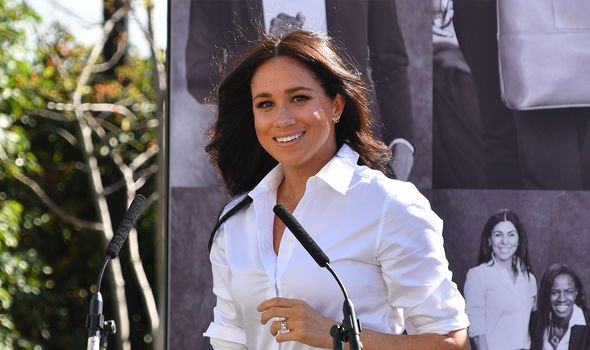 Meghan then used her speech as the voiceover over the top of an emotional video posted on the Sussexes’ now-defunct Instagram account for the International Day of the Girl in October last year.

Meghan was a UN women’s advocate for Political Participation and Leadership at the time, and a public supporter of Emma Watson’s He For She campaign.

Although Meghan was already an ambassador for Canada’s World Vision Clean Water campaign and had travelled to Rwanda in that role, the platform the UN gave her undoubtedly elevated her humanitarian status.

This passion helped her with the charitable work that comes with being a senior royal and meant she was in a good position to direct her energy.

Harry alluded to her experience as an ambassador during their engagement interview in 2017, when he said: “I know that the fact that she’ll be really unbelievably good at the job part of it as well is almost a huge relief to me because she’ll be able to deal with everything else that comes with it.”