Treasury financial secretary Jesse Norman has said the levy, which could be in the March 3 Budget, may be needed to help pay off the spiralling coronavirus debt. Chancellor Rishi Sunak is also said to be keen on a proposed two percent charge on all goods bought online in the UK. It is predicted to initially bring an extra £2billion a year – and that could be accompanied by an extra charge on deliveries.

But Tom Clougherty, of the Centre for Policy Studies, said: “Taxing internet sales differently is a terrible idea, especially in the middle of a pandemic when many have no choice but to shop online.

“Even when things get back to normal, if people prefer to shop online rather than in store, that should be up to them. Online shoppers already pay VAT. There’s no
good reason for clobbering them with an additional tax.”

Instead, Mr Clougherty said the Government should be reforming business rates, relaxing planning rules and improving local transport. He added: “Simply trying to hobble the competition does no one any favours.”

John O’Connell, of the TaxPayers’ Alliance, said: “Online orders have been a lockdown lifeline for millions but if an online sales tax is put in place, hard-pressed shoppers can’t win.

“When people drive to the shops they’re already whacked with fuel duty and parking levies. The constant war on consumers has got to stop.” Mr Norman has told MPs the Treasury is considering the change and No10 has signalled its openness to the idea. 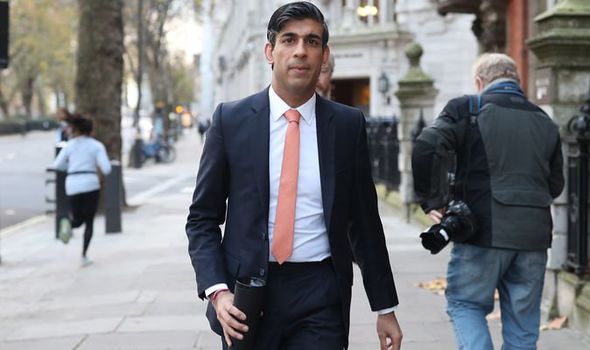 Ministers say it would help save high streets by levelling up competition with online retailers who have lower overheads. A deliveries tax would also help reach environmental targets.

The pandemic has seen online sales soar but internet giants like Amazon have been criticised for paying low levels of UK tax.

But Mike Cherry, of the Federation of Small Businesses, said: “Raising taxes right now would be totally wrong. Small businesses have a mountain to climb to get back on their feet after a tumultuous year.

“The Government needs to choose growth over tax rises.”