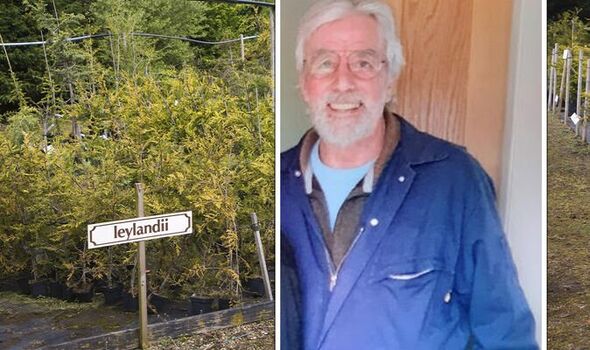 Teesside magistrates were shown footage of the assault this week.

They were told Mr Lanigan – who is married to a council leader – had been carrying out maintenance work on the war memorial, as he was known to do on a regular basis.

A dispute broke out, according to reports, and resulted in violence.

This is understood to have been rooted in the planting of leylandii trees by the Miller household on the border of the property.

It was claimed the trees were on council-owned land that was part of the memorial grounds.

The Millers were reportedly asked to take the trees out.

But after the attack, Mr Lanigan was handed a restraining order to keep him away from the Miller family and ordered to pay more than £2,300, according to MailOnline.

The order also covers the site of the war memorial.

READ MORE: Abramovich says he was ‘blind for hours’ as ‘skin peeled off face’

This, Mr Lanigan claimed, hurt him more than the fine imposed upon him.

The former minor is married to Mary, the leader of Redcar and Cleveland District Council.

He said: “I don’t want to comment because anything I say reflects badly on Mary as the leader of the council and I don’t want that.

DON’T MISS:
Boris urged to cut the ‘soundbites’ and focus on action [OPINION]
Tory civil war erupts as Scottish Conservatives REFUSE to back Boris [REPORT]
Prince Andrew legal settlement with Giuffre ‘will have been millions’ [REVEAL]

“What has hurt me most is the restraining order which means I can’t go to continue all the hard work I have done on the war memorial because it takes me too close to the Millers’ home.

“That hurt me more than the fine the court imposed.”

Mr Miller’s wife claimed the assault had caused their daughter to suffer from “nightmares, a panic attack and sleepiness nights”.

She added: “[My daughter] has also witnessed Mike Lanigan continuing to be present around our property boundary up to six times per week after the assault.”

Mrs Miller said she had been unable to walk her dog her a year because she did not feel safe near Mr Lanigan.

It is reported he, at an earlier trial, was found guilty of assault and criminal damage after throwing plant pots at Mrs Miller’s car.