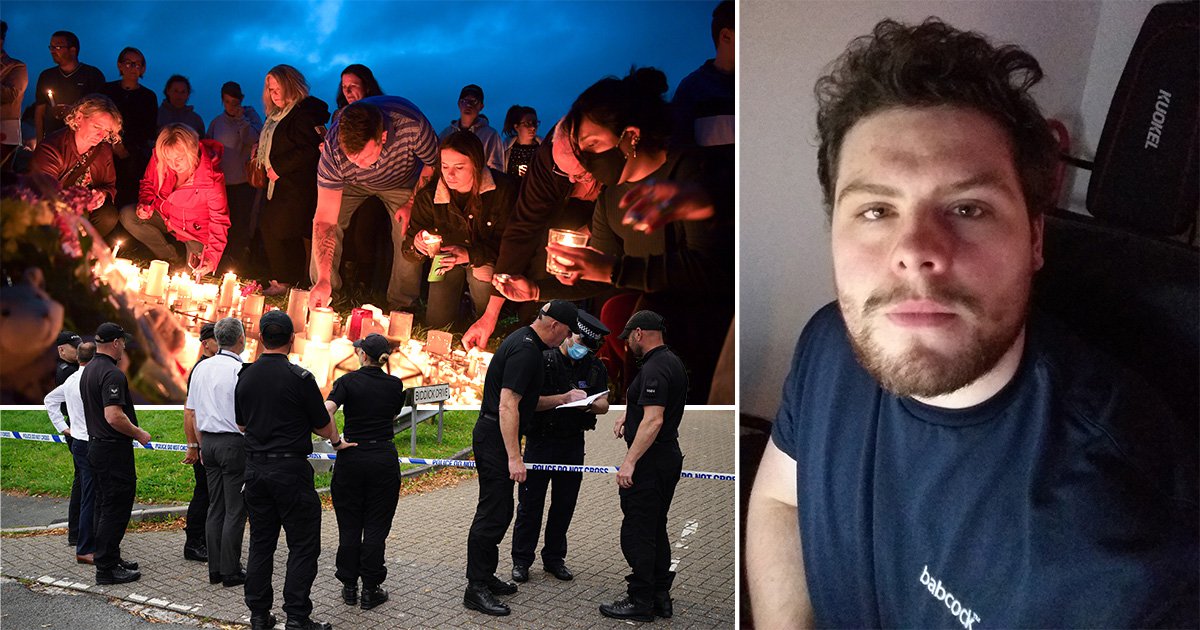 Plymouth gunman Jake Davison had his gun licence revoked nine months ago – and then reinstated in July when he ‘attended an anger management class’.

The 22-year-old’s permit to own a firearm was temporarily scrapped in December 2020 when he was accused of an assault three months earlier.

An investigation has now been launched into Devon and Cornwall Police’s decision-making in relation to Davison’s possession of the weapon and certificate.

Police have previously confirmed he used a pump-action shotgun during the rampage, but have not firmly established whether it was the firearm he owned a licence for.

Davison killed five people in the Keyham area on Thursday, including his mother and a three-year-old girl.

In the weeks leading up to the attack, he posted hateful, misogynistic rants on Youtube revealing his affinity with the incel movement, and was a regular consumer of US-based gun channels.

Despite his apparent interest in the ‘involuntary celibate’ cause, which has been linked to previous shootings, police are not treating the incident as a terror attack.

The videos, which were publicly available online until yesterday afternoon, also included the legal gun owner detailing his own deteriorating mental health.

Independent Office of Police Conduct regional director David Ford said ‘police contact with Jake Davison prior to the incident, including the force’s role and actions regarding firearms licensing’ would be probed.

He said: ‘We will examine what police actions were taken and when, the rationale behind police decision-making, and whether relevant law, policy and procedures were followed concerning Mr Davison’s possession of a shotgun.’

It will also look at whether the force had information concerning Davison’s mental health and if this was ‘appropriately considered’.

No investigation will take place into the force’s response to the shootings, he added.

The move came amid an outpouring of grief for the victims of the atrocity, with hundreds attending a candlelit vigil close to where the incident took place.

There were moving scenes when hundreds of people placed flowers and candles in North Down Crescent Park on Friday evening.

Davison shot his 51-year-old mother Maxine Davison, also known as Maxine Chapman, at a house in Biddick Drive before he went into the street and shot dead Sophie Martyn, aged three, and her father Lee Martyn, aged 43, in an attack witnessed by horrified onlookers.

He killed Stephen Washington, 59, in a nearby park, before shooting Kate Shepherd, 66, on Henderson Place. She later died at Derriford Hospital.

Davison also aimed and shot at two local residents – a man aged 33 and a 53-year-old woman – who are known to each other, in Biddick Drive.

They suffered significant injuries not believed to be life-threatening.