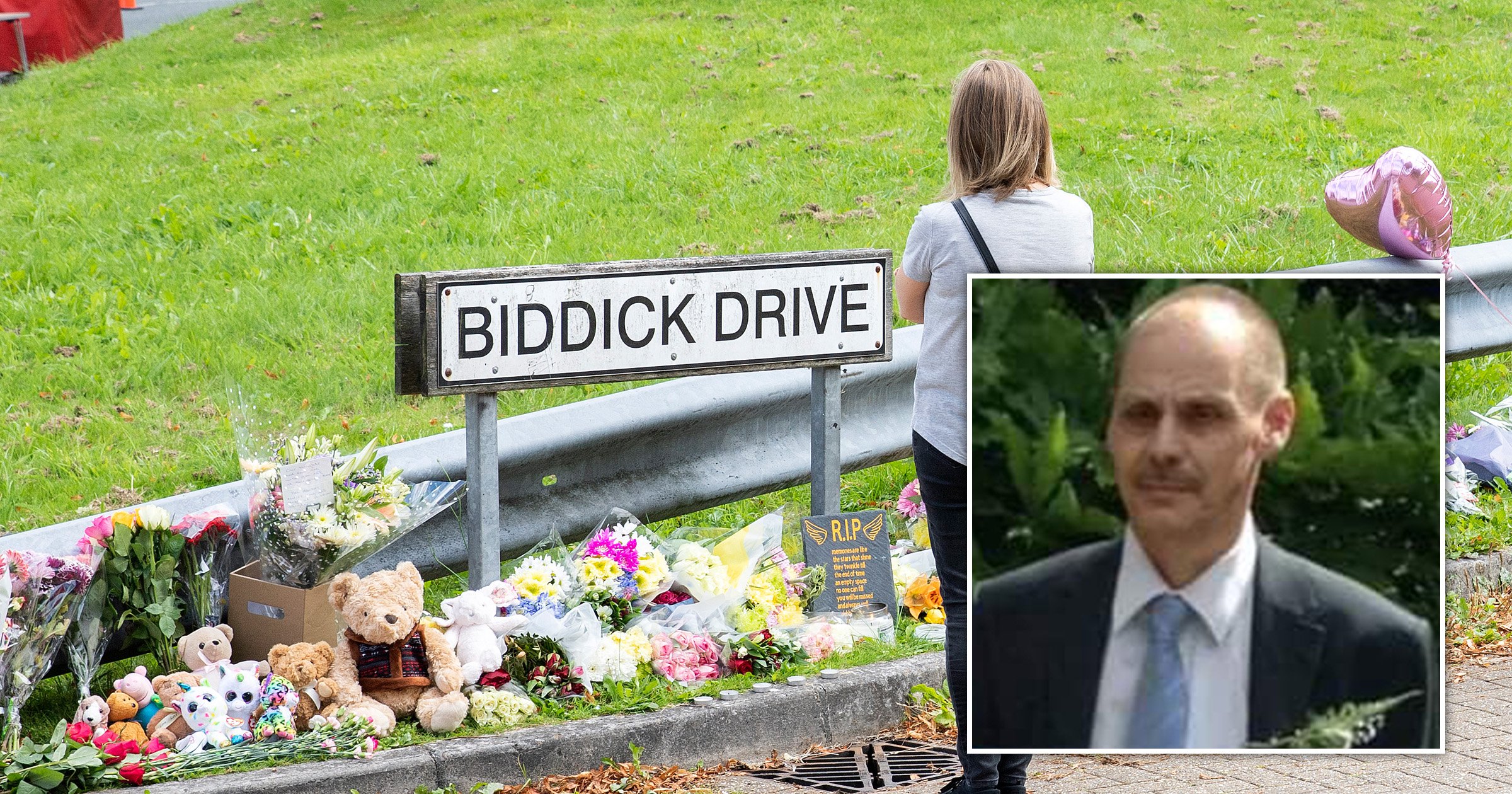 Two huskies belonging to one of the victims of the Plymouth gunman ‘ran home to alert his family’ after he was shot.

Stephen Washington, 59, was out walking his dogs when he was killed by Jake Davison on Thursday.

The 22-year-old killer murdered his mother Maxine before shooting people at random in the street with a pump-action shotgun.

Mr Washington was reportedly walking down Biddick Drive with his pets when Davison appeared and began shooting ‘at random’.

A witness, Mike Moore, told the Mail: ‘Both the dogs ran back to Stephen’s home and that’s when the family became concerned.

‘Stephen was well known around here because he was always out with his beautiful dogs.

‘He wasn’t friends with Jake and there’s nothing connecting them so we think it was completely random.’

Davison killed five before turning the gun on himself.

After killing his 51-year-old mother in a house, he went outside and shot dead Sophie Martyn, aged three, and her father Lee Martyn, aged 43.

In the 12-minute attack witnessed by horrified onlookers, Davison then killed Mr Washington, 59, in a nearby park before shooting 66-year-old Kate Shepherd, who later died at Derriford Hospital.

Davison also shot a mother and son, a 33-year-old man and a 53-year-old woman, in Biddick Drive. They suffered significant injuries but are expected to recover.

Prime Minister Boris Johnson called for the issue of how the shooter came to legally own a gun to be ‘properly investigated’ and described the shooting as an ‘absolutely appalling’ incident.

It has emerged that Davison had his gun licence revoked nine months ago following an assault allegation but it was reinstated in July when he ‘attended an anger management class’.

The Independent Office of Police Conduct has said ‘police contact with Jake Davison prior to the incident, including the force’s role and actions regarding firearms licensing’ will be probed.