A second national lockdown would be likely to have “disastrous” financial consequences for the UK, the prime minister has said.

Appearing at a committee of MPs, Boris Johnson said the government was doing “everything in our power” to prevent another nationwide lockdown.

This was why new restrictions – such as the “rule of six” – were necessary to “defeat” the disease, he said.

The PM also admitted there was not enough testing capacity.

Earlier, he blamed a “colossal spike” in demand for ongoing problems in accessing tests and results being delayed.

On Wednesday, coronavirus cases in the UK increased by 3,991, taking the total to 378,219, according to figures from the government.

A further 20 people had died within 28 days of testing positive for Covid-19. This brings the UK death total by this criterion to 41,684.

Amid the increase in coronavirus cases, Mr Johnson was asked by the Commons Liaison Committee whether the UK could afford another national lockdown.

Mr Johnson said: “I don’t want a second national lockdown – I think it would be completely wrong for this country and we are going to do everything in our power to prevent it.

“And can we afford it? I very much doubt that the financial consequences would be anything but disastrous, but we have to make sure that we defeat the disease by the means that we have set out.

“So when I see people arguing against the rule of six or saying that the government is coming in too hard on individual liberties and so on – I totally understand that and I sympathise with that, but we must, must defeat this disease.”

From Monday, new rules came into force, restricting indoor and outdoor gatherings in England and Scotland, and indoor groups in Wales.

A second national lockdown is extremely unlikely for two reasons.

Firstly, it is hugely damaging – to the economy, to education and to wider health for reasons other than Covid.

You only need to look at the latest figures for falling cancer referrals, the hours spent out of school and the rising unemployment to see the cost of the UK’s spring lockdown.

Secondly, the government and its medical advisers have a much better grasp of the virus.

Current infection rates and hospitalisations remain much lower than they were in the spring and, despite the problems with testing, there is pretty rich data on exactly where the virus is and how quickly it is spreading.

Even if things get worse, officials are quite confident the NHS will cope.

But that does not mean there won’t be further restrictions – or that it won’t be a very difficult winter with a high number of deaths.

The ban of gatherings of more than six people could be just the first step.

There is also talk of curfews, forcing hospitality venues to close at 22:00 BST.

This tactic was used in Belgium to curb the rise in cases, and has been deployed to tackle the outbreak in Bolton.

At this stage, it is unlikely this will be used nationally.

Instead, expect it to be an option for virus hotspots, along with banning visits to other people’s housing which has been used in the North West and West Yorkshire.

Shielding could, though, be re-introduced across the country at some point, along with bans on visits to care homes, in an attempt to protect the most vulnerable groups.

Mr Johnson also admitted there was not enough coronavirus testing capacity amid reports of people struggling to get tests and results being delayed.

He told the committee: “We don’t have enough testing capacity now because, in an ideal world, I would like to test absolutely everybody that wants a test immediately.”

He promised there would be capacity for 500,000 tests a day by the end of October.

But he urged people without symptoms to stay away from testing centres – although he acknowledged why they may want to find out if they had Covid-19.

“What has happened is demand has massively accelerated just in the last couple of weeks,” he said.

Earlier, Labour’s deputy leader, Angela Rayner, who stood in for Sir Keir Starmer at Prime Minister’s Questions, said Mr Johnson had “time and again” made pledges on testing, but “then breaks those promises”.

“They’ve had six months to get this right and yet the prime minister still can’t deliver on his promises,” she said. 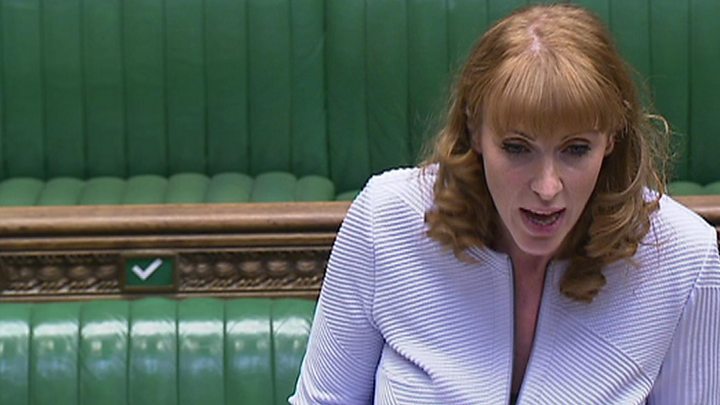 MPs at the liaison committee also asked the prime minister about his aim of having a “pregnancy-style test” in place within months, which would have a role in fulfilling his “Operation Moonshot” ambition for mass testing.

The government has said it £500m has been set aside to invest in its mass testing plans.

Mr Johnson said: “I am going to be cautious and say that I can’t sit here today and say that we have such a ‘pregnancy-style test’… today.

“It is right for government to invest in such a project.”

Mr Johnson said the best way to help the sector was to “get these businesses going again and to get the theatres lit again, by having the virus down and having a testing regime that allows us to do that”.

He also said an inquiry into the government’s response to the coronavirus pandemic would “look at everything that has gone wrong and gone right”.

But he said it would not be a “good use of official time at the moment” and declined to indicate when the inquiry could begin.

Earlier, Justice Secretary Robert Buckland said plans to put the NHS top of the list for coronavirus tests will be published in the coming days,.

People in care homes would also be a priority, while schools could be considered, Mr Buckland said.

Resolving delays with testing was “the number one issue”, he added.