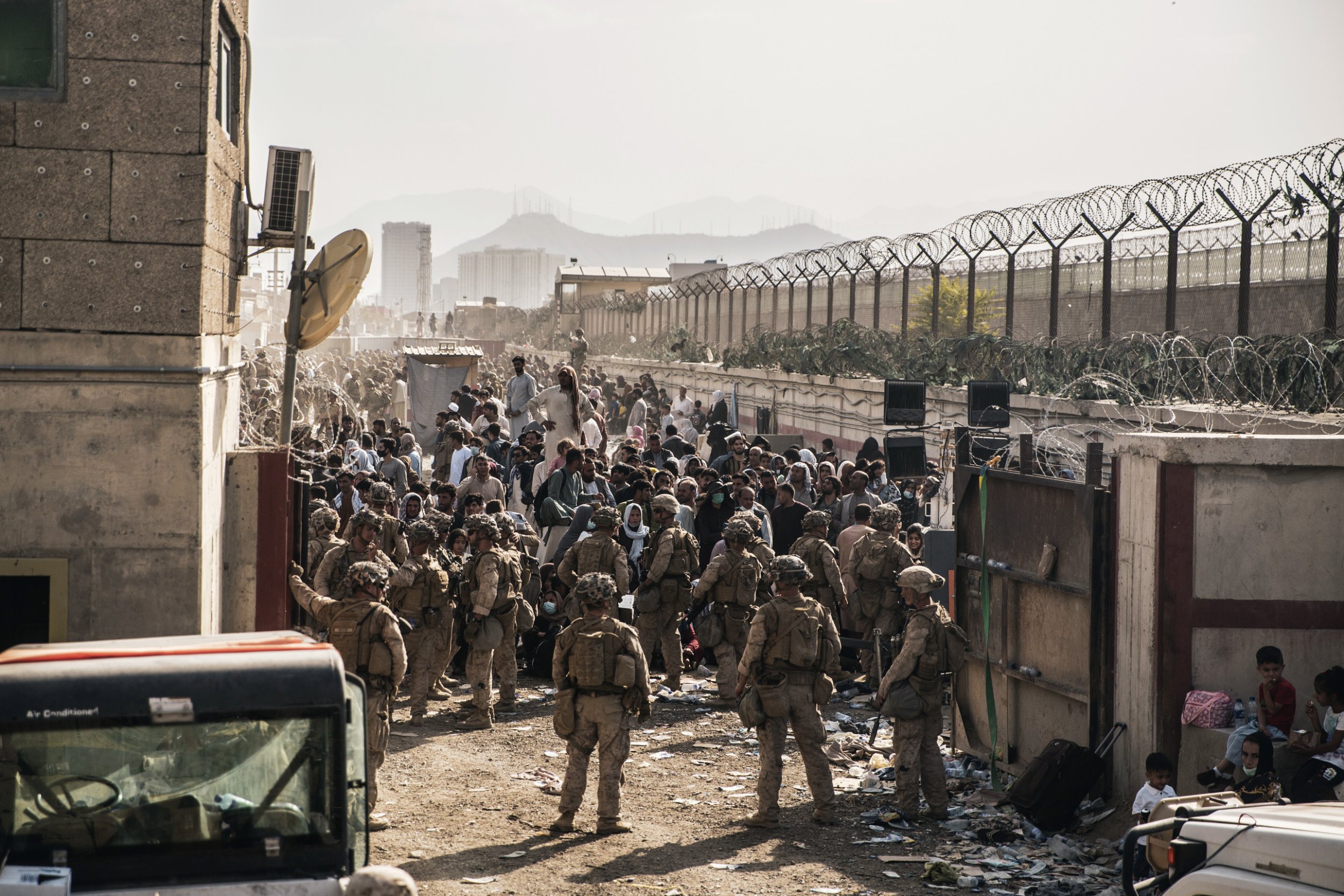 The Taliban has insisted all troops must leave Afghanistan in seven days time — as pressure mounted on US president Joe Biden to extend the August 31 deadline.

Their spokesman Dr Suhail Shaheen warned that Western forces would ‘provoke a reaction’ if they were not gone by the end of the month, which he described as a ‘red line’.

Prime minister Boris Johnson was today preparing to convene an emergency online meeting of G7 leaders in which he is expected to urge Mr Biden to agree to an extension for the evacuation.

Tweeting ahead of the meeting, Mr Johnson said: ‘Today I will hold an emergency G7 meeting to coordinate our response to the crisis in Afghanistan. I will ask our friends and allies to stand by the Afghan people and step up support for refugees and humanitarian aid.

‘We will continue to use every humanitarian and diplomatic lever to safeguard human rights and the gains made in Afghanistan over the last two decades. The Taliban will be judged by their deeds and not their words.’

Thousands more people were scrambling to be airlifted out of a chaotic Kabul airport yesterday, with ministers warning that the capital risked becoming a warzone.

Military chiefs are also concerned about the prospects of targeted terror attacks by Daesh militants, while a gunfight at the airport killed at least one Afghan soldier.

Dr Shaheen told Sky News: ‘President Biden announced this agreement, that on August 31 they would withdraw all their military forces.

‘If they extend it, that means they are extending occupation while there is no need for that. It will create mistrust between us — if they are intent on continuing the occupation, so it will provoke a reaction.’

Britain has now flown out around 6,000 UK nationals and Afghan staff from the country since it fell to the Taliban last week.

But defence secretary Ben Wallace warned British forces have ‘hours, not weeks’ left before the militant group stops all rescue efforts, which can only take place while the US remains.

He said: ‘The prime minister is, obviously at the G7, going to try and raise the prospect of seeing if the United States will extend. It’s really important for people to understand the United States have over 6,000 people in Kabul airport and when they withdraw that will take away the framework and we will have to go as well.

‘I don’t think there is any likelihood of staying on after the United States.

But he admitted the reality was ‘we won’t get them all out’, with crowds continuing to gather at the airport despite many not likely to pass the checks for safe haven in Britain.

Armed forces minister James Heappey said the ‘immediate focus’ was on trying to rescue about 1,800 more UK nationals and more than 2,200 Afghans who have helped British forces.

He warned it was in nobody’s interest to see Kabul becoming a warzone.

He said there was a ‘second phase’ where those trying to escape the Taliban would be able to have resettlement claims processed at refugee camps or UK embassies in countries neighbouring Afghanistan.

No.10 insisted Britain would continue its evacuation process ‘as long as the security situation allows’.

Asked about the Taliban’s stance, the prime minister’s official spokesman said: ‘I’ve seen the reports — I don’t think we’ve had any direct communication to that end.’