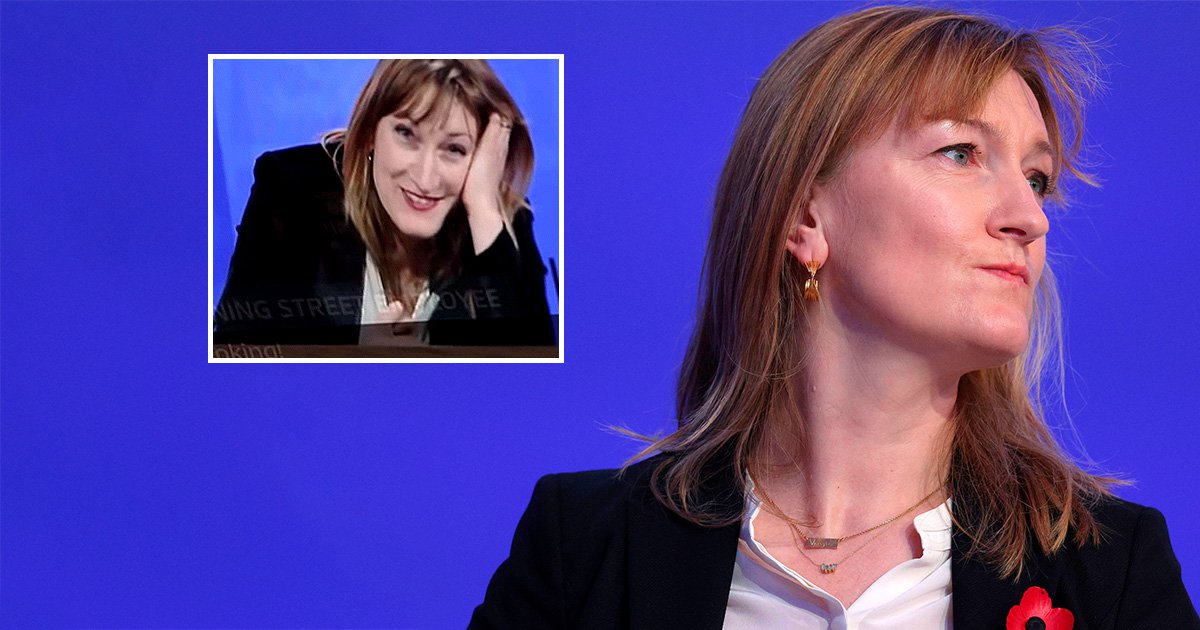 Allegra Stratton has resigned from her government role after a leaked video showed her joking about claims there was a Christmas party in Downing Street during lockdown.

She told reporters in a tearful statement: ‘My remarks seemed to make light of the rules, rules that people were doing everything to obey.

‘That was never my intention. I will regret those remarks for the rest of my days and offer my profound apologies to all of you for them’.

She added: ‘I understand the anger and frustration that people feel.

‘Working in government is an immense privilege. I tried to do right by you all, to behave with civility and decency and up to the high standards you expect of Number 10.

‘To all of you who lost loved ones, who endured intolerable loneliness and who struggled with your businesses, I am truly sorry and this afternoon I am offering my resignation to the Prime Minister.”

Ms Stratton, 41, is a former journalist and political aide.

She has held many roles within political media, working at The Times, The Independent, New Statesman, The Guardian, and worked at the BBC as Political Editor of Newsnight between 2009 and 2012.

Stratton then joined ITV as its national editor, working closely with Robert Peston during ‘Peston on Sunday’.

In April 2020, a month into the first lockdown, she quit ITV News to become Director of Strategic Communications at the Treasury under Chancellor Sunak.

Just six months later she was promoted to a newly-made role as the Downing Street press secretary – which is the position she held at the time of the alleged party in December 2020.

However, the briefings never got off the ground.

In April 2021, Alok Sharma appointed Ms Stratton to be a spokesperson for the COP26 climate summit in Glasgow.

ITV’s political editor Robert Peston, whose channel obtained the scoop on the leaked video, tweeted after her resignation: ‘I’ve known @AllegraCOP26 for years.

She was a brilliant colleague on the show. As I would expect, she has done the honourable thing, and swiftly resigned.

‘Whatever you think of what she said in the clip obtained by @itvnews, she is a model for many in modern politics in that she has taken responsibility and quit without prevarication.’