EU chief negotiator Michel Barnier has told European ambassadors that agreement on future ­relations between the UK and bloc could be reached this week after progress over the weekend. Last night European Commission president Ursula von der Leyen said the negotiations had hit “the very last mile”. Hopes of a deal had been rising in recent days after the Prime Minister and Ms von der Leyen scrapped a make-or-break deadline set for last Sunday to conclude the talks.

But tensions were rising again ­yesterday after the EU demanded the power to punish the UK with restrictions on British firms, including car manufacturers, in retaliation for any move to block European fishing fleets from UK coastal waters.

A senior Government source accused the EU of briefing ­“inaccurate” accounts of the latest developments.

The source said: “Talks remain ­difficult and we have not made ­significant progress in recent days, despite efforts by the UK to bring energy and ideas to the process.

“Like any sovereign country we must have the right to take our own decisions and to choose regulations that suit the UK.

“We can not sign up to dynamic alignment through the back door. The UK cannot be locked into the EU’s regulatory orbit. 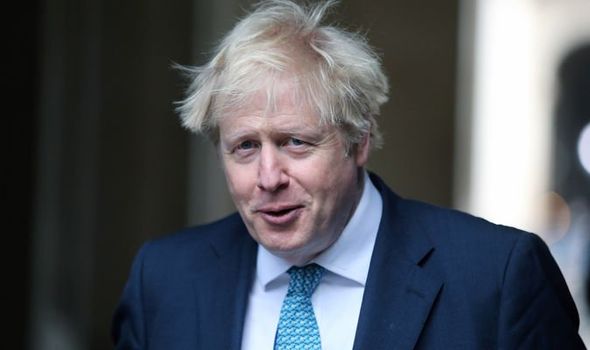 “We have always been absolutely clear that the UK will have control over access to our waters and a better deal for UK fishing communities. There is simply no truth in the idea that we have backtracked.

“The inaccurate briefings from the EU side in recent days have made ­a difficult discussion even more ­challenging in the short time left.”

British officials suspect EU chiefs may be hoping to bounce the Prime Minister into a deal by sending out optimistic signals from Brussels.

In an online news conference last night, Ms von der Leyen was upbeat about the prospects of a deal.

She said: “We are talking about a new beginning with old friends.

“We are on the very last mile to go. But it is an essential one. We want a level playing field, not only at the start, but also over time.”

Her remarks followed Mr Barnier briefing EU ambassadors that some “limited progress” had been made over the weekend.

The Brussels diplomat claimed a deal could be achieved this week if the two sides could come to an agreement over fishing quotas.

A diplomatic source said: “No one asked anything about no-deal and that was informed by the tone of Mr Barnier’s briefing.

“He was a little ­less gloomy than I was expecting. 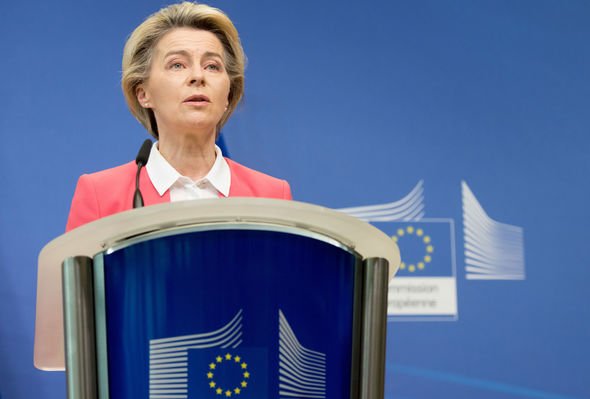 “If both sides can come out of their trenches on fish, Barnier said there could be a deal this week.”

Mr Barnier also told ambassadors the Prime Minister had made concessions over ­regulatory standards and now needed to “build the architecture” on the issue.

His claim of concessions was rejected by UK officials however.

On Twitter, Mr Barnier said: “It is our responsibility to give the talks every chance of success.

“Never before has such a ­comprehensive agreement (trade, energy, fisheries, transport, police and judicial cooperation, etc) been negotiated so transparently and in such little time.”

He said that “fair competition, and a sustainable solution for our fishermen and women, are key to reaching a deal”. In contrast Mr Johnson’s spokesman said: “The Prime Minister’s words that no deal remains the most likely ­outcome stand. 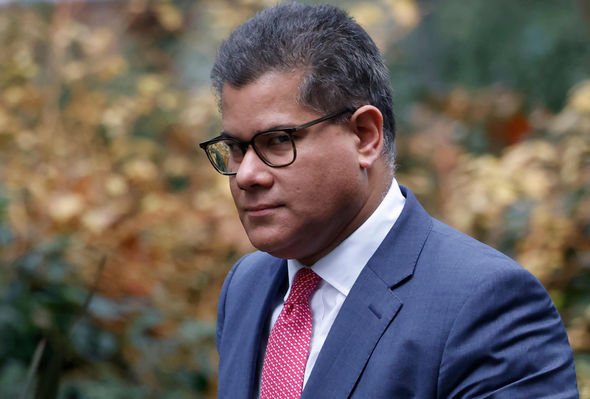 “But we have been clear that we will continue to work and hope to reach a free trade agreement.”

Business Secretary Alok Sharma played down the ­prospect of trade talks, led by David Frost, continuing right up until the New Year’s Eve deadline. He said: “We have always said the transition period ends at the end of December and we will not be continuing discussions beyond that. Any deal will then have to go through Parliament, so that would really be cutting it fine.”

But he added that Parliament “can move very quickly” to approve a deal if it had to.

Veteran Conservative MP Sir Roger Gale said Mr Johnson should quit as PM if he fails to secure a deal.

The North Thanet MP said: “If Mr Johnson fails to reach an acceptable trade agreement with the EU, the Prime Minister will also have failed the people of the United Kingdom. As a lifelong member of the Conservative Party, I believe Mr Johnson’s position as Prime Minister would be untenable.

“As an honourable man, he would have to make way for ­somebody more able to pick up the pieces, to reunite the whole ­country and to show the leadership that Great Britain and Northern Ireland deserves.”

Irish premier Micheal Martin predicted difficulties for the negotiating teams in their attempt to “square the circle” in resolving the final outstanding differences.

He said: “They have really sought to crack the level playing field issue along with fisheries and, crucially, this dispute mechanism that would underpin any level ­playing field framework.

“They have continued to engage without understating the enormous challenges that face both sets of negotiators in trying to square the circle around this level playing field and standards.”

French MEP Nathalie Loiseau said: “If there is any chance to reach a deal we will not let it go.

“There will be a deal one day between the United Kingdom and the European Union, there is no doubt about it. If mindsets are ready for a deal in London, well, let’s celebrate. If they are not, then we’ll talk again next year.” 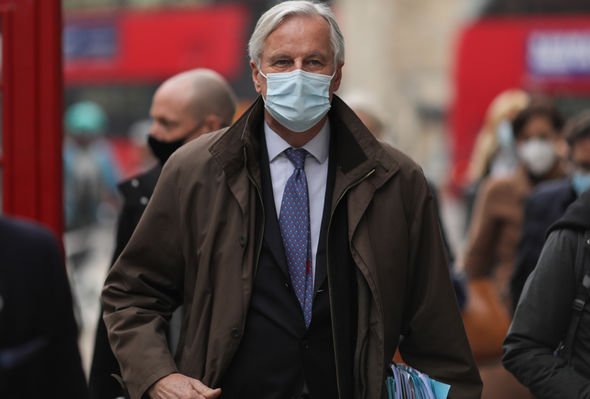 THE last rites had been read for the ailing Brexit talks. The coffin was being measured up for the corpse of the doomed negotiations.

Then, moments before the end, the patient suddenly revived, with a phone call between Boris Johnson and Ursula von der Leyen apparently acting as the defibrillator. The patient remains in intensive care, but doctors are now talking optimistically about the chances of a recovery.

It is remarkable how the mood over the talks on a Brexit deal has changed so dramatically in the last two days. On Saturday, the whole process was enveloped by despair. As speculation about mass disruption at our ports grew and antagonism between the two sides worsened, a final rupture seemed inevitable.

Yet on Sunday the despondency lifted, enabling the negotiations to continue.

Yesterday Ms von der Leyen spoke of “movement” towards an agreement, while Downing Street downgraded the prospects of a “no-deal” scenario from “most likely” to just “possible.” In another indicator of renewed co-operation, the EU has reportedly dropped its notorious insistence on the so-called “ratchet” clause by which Britain would be penalised by heavy tariffs if it failed to comply with any regulatory change adopted by Brussels.

Indeed, so striking has been the reversal in tone that some cynics believe the whole business is a carefully choreographed pantomime that will end, despite Mr Johnson’s tough rhetoric, in Britain’s capitulation or the further extension of the transition period. But it is more likely that, after months of intransigence and posturing, the EU has decided to step back from the brink. There are three probable factors behind this retreat. First is the pressure from the Republic of Ireland, whose economic dependence on trade with Britain meant that it has the most to fear from no deal.

That anxiety has repeatedly been articulated by Ireland’s pragmatic, highly respected foreign minister Simon Coveney, who has called on the politicians to find “common ground” because so much is “at risk”. 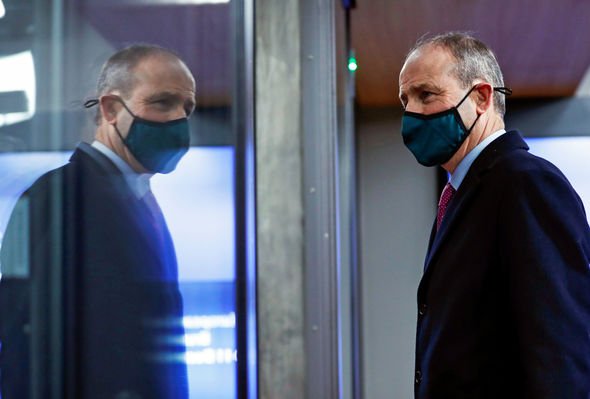 Second is the EU’s realisation that reciprocity over the so-called “level playing field”, designed to ensure fair competition, might work both ways, so that any failure to comply with a future British regulatory change could lead to the imposition of punishing tariffs on EU exports. Stridency on the concept of “fairness” could actually turn out to be counter-productive. Third was the recognition that Mr Johnson, unlike Theresa May, was not going to cave in, partly because of his strong mandate from the electorate and partly because Britain is in a strong position, even without a deal.

Unshackled from the EU, we can forge our own destiny on the global stage, exploiting our assets of cultural power and financial strength. In contrast the EU is wracked by debts, divisions and decline. Brussels knows it could end up paying a high price for dogmatic stubbornness.

In this new atmosphere of realism, a deal is possible, perhaps even this week as Monsieur Barnier predicted. If the EU drops the punishment fetish and finally respects Britain’s sovereignty, it should be able to come to a sensible, mutually beneficial arrangement on the three last obstacles of competition, governance and fishing rights.

That is the approach the EU should have taken months ago.