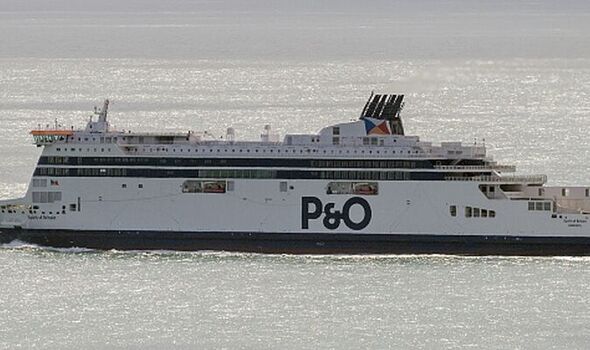 The European Causeway, which can carry up to 410 passengers, became adrift around five miles off Larne Harbour after it “lost all power”, the RMT union said.

The boat had been operating between Larne in Northern Ireland and Cairnryan in Scotland.

It left Cairnryan at midday with an unknown number of passengers onboard.

The ferry was due to arrive at Larne Harbour at 2pm but never arrived, prompting the RNLI to launch three lifeboats to attend the scene.

It is understood that the boat lost power as it attempted to embark on its voyage.

The coastguard later said power had been restored and the vessel was continuing its journey after spending hours adrift in the Irish Sea.

P&O tweeted that tugs from Larne and Belfast had been deployed to the vessel in the Irish Sea.

The company said the incident was caused by a mechanical issue that had been resolved.

It said a full inspection would take place when the vessel docks in Larne.

A P&O spokesperson said: “Following a temporary mechanical issue, the European Causeway is now continuing on its scheduled journey to the Port of Larne under its own propulsion, with local tugs on standby, where it will discharge its passengers and cargo as planned.”

Shortly after, the coastguard said: “The European Causeway has restored power and is now heading into Larne under its own power following an earlier mechanical failure.

“The various teams and vessels are continuing to support the vessel as they escort her to port.”

The European Causeway failed a safety inspection at the end of March, when a report recorded 31 failures on the ferry including an inability to safely deploy lifeboats and life rafts.

The 22-year-old ferry was held in Larne by the Maritime and Coastguard Agency (MCA) from 25 March after an inspection raised safety concerns.

The MCA said it was concerned about “failures on crew familiarisation, vessel documentation and crew training”.

The Maritime and Coastguard Agency had only released the ship from detention on 8 April after a reinspection.

P&O has been in crisis over the last few months after the firm sacked 800 of its workers across the UK without notice.