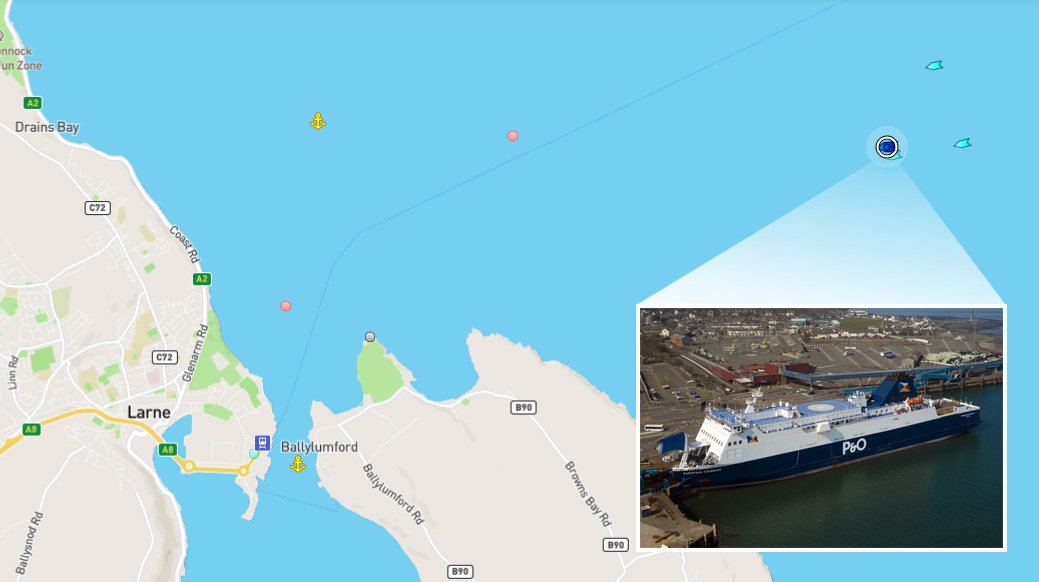 A P&O ferry is adrift off the coast of Northern Ireland after suffering a mechanical issue.

The European Causeway, which can carry up to 410 passengers, is currently bobbing about five miles off Larne Harbour.

Ship tracking websites showed the vessel’s status is ‘Not Under Command’, meaning it can’t move as required and is unable to keep out of the way of other ships.

P&O said the incident occurred due to a mechanical issue in the Irish Sea and a full inspection will take place when the ship is back in port.

The Causeway left Cairnryan at midday – with an unknown number of people onboard – and was due in to Larne Harbour at 2pm.

One passenger claimed on Twitter that he’d been sat stationery for over an hour ‘with no power about 30 mins out of Larne’.

Replying to the Tweet, P&O said: ‘Due to a mechanical issue with the Causeway in the Irish Sea, tugs from Larne and Belfast were deployed to guide it back to port. Once the ship is back in Port a full inspection will take place.’

@bbcnewsline Need an update on how @POferries are doing less than a week after restarting the Larne route? Well weâve been sat stationery for over an hour with no power about 30 mins out of Larneâ¦

Ship tracking data suggests around four RNL lifeboats have been deployed to the vessel.

A cruise ship, en route to Belfast for a refit, is also on site, along with a helicopter, according to the BBC.

The Rail, Maritime and Transport workers’ Union (RMT) said the reports were ‘deeply concerning, not least for the agency crew and passengers onboard’.