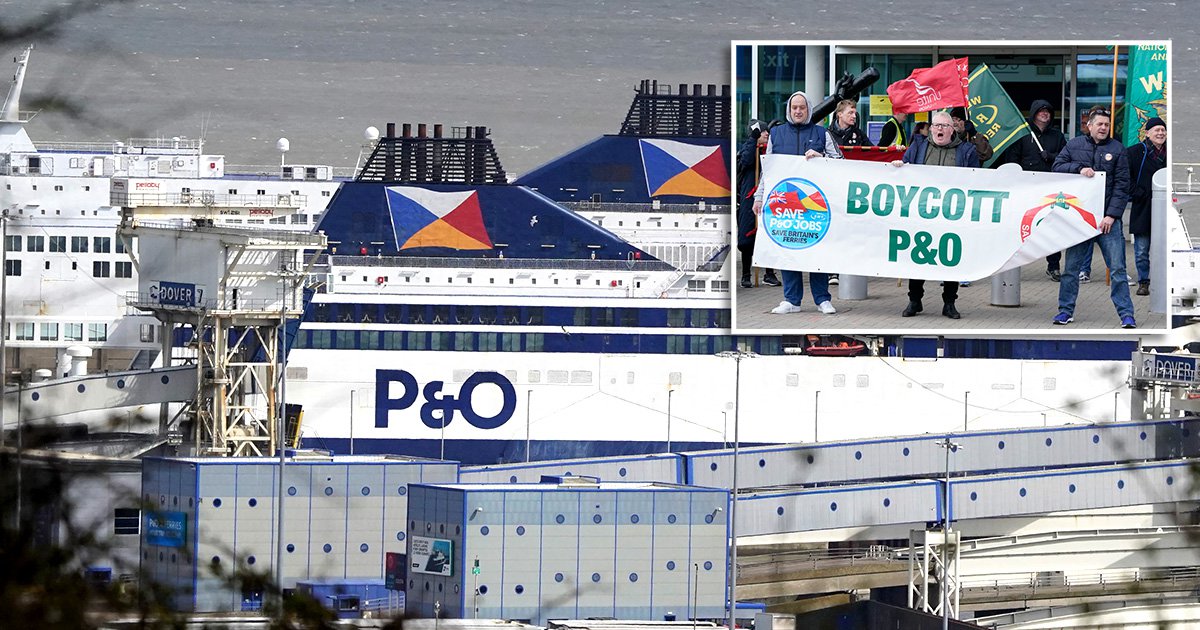 Both criminal and civil investigations have been launched after 800 staff were sacked by P&O Ferries.

The government has previously threatened to go after the company with new laws after it dismissed staff en masse to save money.

Boats were brought ashore so hundreds of workers could be told at the same time they were being dismissed with immediate effect earlier this month.

The company plans to hire agency staff from overseas and pay them lower wages, a move P&O’s boss has defended while admitting the process broke the law.

‘Transport secretary Grant Shapps and I will continue to follow this matter closely as the investigations progress.’

It comes after the government threatened to legislate in order to make it harder for seafaring companies to undercut wages.

Earlier this week, Mr Shapps announced moves designed to make P&O ‘fundamentally rethink their decision’ to go through with the sackings.

These include plans to create ‘minimum wage corridors’ on ferry routes between the UK and other countries.

He will also urge ports to refuse access to boats carrying seafarers paid below the minimum wage.

The ferry boss – whose basic annual salary is £325,000 – drew fury in Whitehall and from the public at large when he admitted his company broke the law by not consulting with trade unions ahead of the March 17 mass sacking.

Appearing in front of a Commons committee, he also revealed that agency crew are on an average wage of £5.50 per hour.

This is well below the National Living Wage but he insisted this was permitted under international maritime laws.

After the news was announced today, Mr Shapps said: ‘Peter Hebblethwaite stood before MPs and admitted to breaking the law, and his actions must now be scrutinised.’

‘As these are ongoing investigations, no further comment or information can be provided at this time.’