The Metropolitan Police was called to a report of crowds of people queuing outside Christ the King church on Balham High Road in south London on Friday evening. Footage on social media showed two officers entering the Christ the King Polish Catholic Church in Balham, south London, while the service was taking place. One was heard telling the congregation: “This gathering is unfortunately unlawful under the coronavirus regulations we have currently. You are not allowed to meet inside with this many people under law.”

Those who failed to comply with instructions to go home could be fined 200 pounds ($275) or arrested, the officer said.

The Catholic Archdiocese of Southwark said the intervention had occurred during the solemn liturgy, which would have taken just 30 minutes to complete. It said the Archbishop of Southwark, John Wilson, had visited to find out what had happened.

“The Archbishop has discussed this matter with the Rector of the Catholic Polish Mission, Mgr Stefan Wylezek, who intends to contact the Metropolitan Police authorities about how the situation was handled,” the archdiocese said in a statement.

“Public worship is permissible where COVID hygiene procedures are in place and national guidance has been issued by the Catholic Bishops’ Conference of England and Wales.” 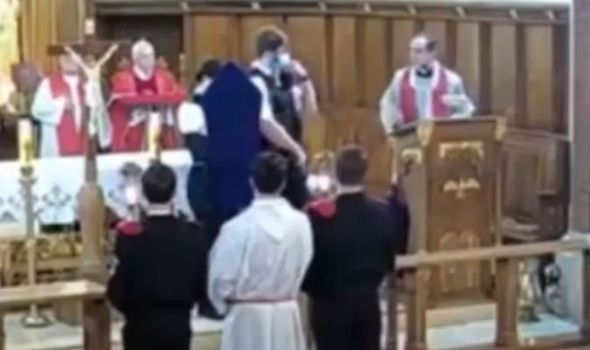 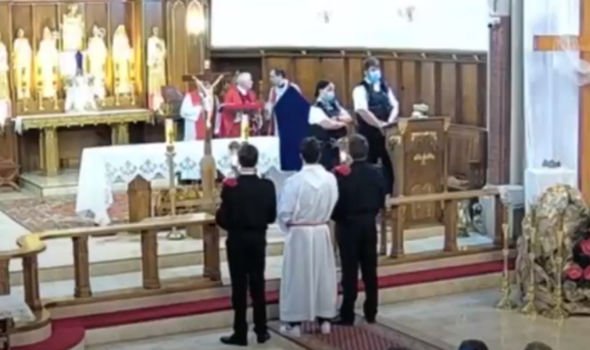 In a letter to parishioners on its website, the Polish Catholic church said police had exceeded their powers and that all Government requirements were met.

A Metropolitan Police spokesman said: “Officers attended and found a large number of people inside the church.

“Some people were not wearing masks and those present were clearly not socially distanced.

“We are particularly concerned about the risk of transmission of the Covid-19 virus as a result of large indoor gatherings at which people are not socially distanced and some are not wearing masks.

“As such, officers made the decision that it was not safe for that particular service to continue.

“Understanding the sensitivity of the situation, officers engaged with the priest outside the church and were invited inside to address the congregation.”

The Met spokesman said this was one of a series of events taking place at the church over the Easter period, adding: “We are engaging with church authorities today and will continue to do so in the coming days.” 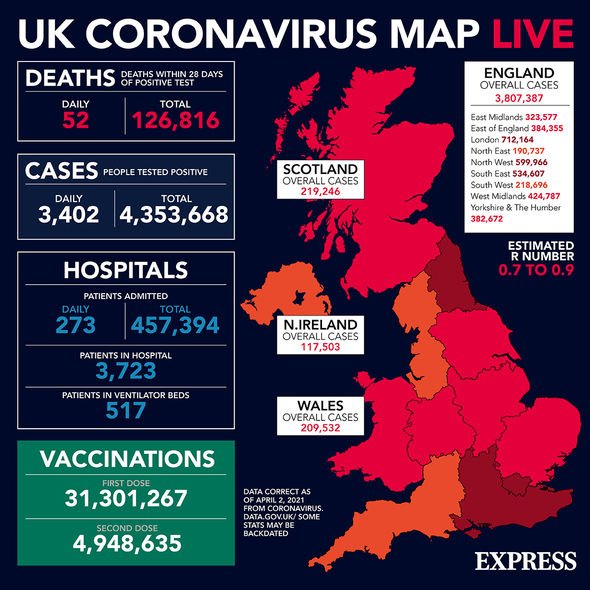 The police said they had attended the church after reports of a crowd queuing outside, and that officers had found a large number of people inside, some not wearing masks or socially distanced.

They decided it was unsafe for the service to go on.

From March 8, places of worship in England were allowed to open for communal worship, including prayers, devotions or meditations led by a minister of religion or lay person.

The Government website says: “Limits for communal worship should be decided on the basis of the capacity of the place of worship following an assessment of risk.”