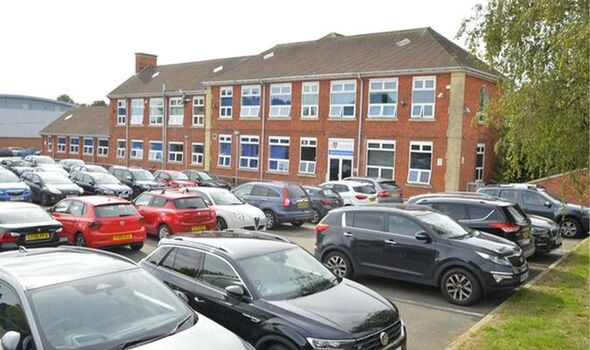 A furious parent resorted to calling police after high school pupils were taken out of class and put into isolation over the length of their school uniform skirts. Parents of students at South Wigston High School in Leicester said they are furious at the treatment of female pupils.

One mother, who did not want to be identified, said that her husband even called the police after their 14-year-old daughter rang up “crying” on Monday, September 12, to say she was being kept in a room and was not being allowed to leave. Speaking to LeicestershireLive, she said he ended up having to wait two hours before she was released and he was able to take her home.

She also claimed her younger daughter, who is 12 and has autism has since refused to go to school due to anxiety after feeling “humiliated” by school staff.

“Basically, on Monday morning, girls at the school were brought into the school hall and staff proceeded to measure their skirts to make sure they complied with a new school uniform policy introduced at the start of this term.

“The policy brought in by Principal Stuart Kay is that the skirts of female students have to be no shorter than knee length. This was the first day it was enforced and students were told they faced being put into isolation if their skirts didn’t comply.”

She added: “In my daughter’s case, her skirt was just slightly above her knee. She was told to either put on a skirt provided by the school for the day or be taken out of class and put in isolation.

“She was a bit shocked to be told her skirt didn’t comply with the new policy and accepted the skirt offered to her so she could return to class. But when she went to the changing room to put it on she found it didn’t fit her.

“Basically, instead of a perfectly respectable skirt, they wanted her to wear one that was likely to fall down. It beggars belief. In the end, she had to use a hair bobble to fasten it around her waist. But the crazy thing is, even then, the new skirt was about the same length as hers was.” 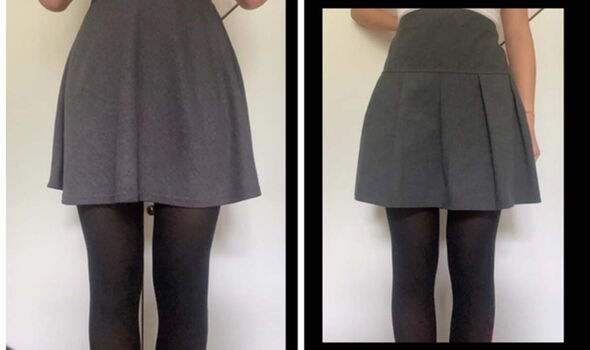 Ms Harvey, who is a children and young persons psychotherapist, said the new policy and its clumsy enforcement sends out entirely the wrong message to girls – and to boys. “Putting girls in isolation for the length of their school skirts is utterly ridiculous,” she said.

“My daughter and other young girls being penalised and removed from accessing their education due to the length of their skirts is unacceptable. It’s suggesting that girls are only entitled to education if they cover up. Yet boys can wear shorts at any length.

“We should not be giving our daughters the message that their rights are based on whether they’re covered up or not.”

Ms Harvey added: “My daughter is a good student. The skirt she was wearing is the same one she wore last year as she hasn’t changed in height or weight. It’s perfectly respectable and she wears it together with shorts beneath and tights.

“The girls felt humiliated and distressed by the whole experience and it was entirely unnecessary. It should have been dealt with completely differently.”

Another parent said her 14-year-old daughter and other girls whose skirts failed to comply with the policy were kept in a room and were told they couldn’t leave. “Staff were blocking the door and weren’t allowing the children to leave,” she said. “My daughter rang up my husband in a very distressed state.

“She was crying telling him what had happened to her. She said that some girls were trying to climb out of the windows. My husband was so angry he actually called the police. They wouldn’t do anything but that’s how mad he was. He told my daughter he was coming to pick her up. But when he arrived he was told she couldn’t leave. It wasn’t for another two hours before he could take her home. He was furious.”

She added: “My younger daughter, who is 12, was also affected. She was told her skirt was too short later in the morning. She has autism and suffers with anxiety. She didn’t quite understand what was going on to be honest.

“Fortunately, one of my older daughter’s friends helped calm her down and she was able to come home with her sister. The problem is, she was so upset she refused to go into school the next day.

“We try so hard to build up her confidence and encourage her to go to school each day. And then this happens. It doesn’t make any sense at all. They are both good girls, are well-behaved and work hard.” 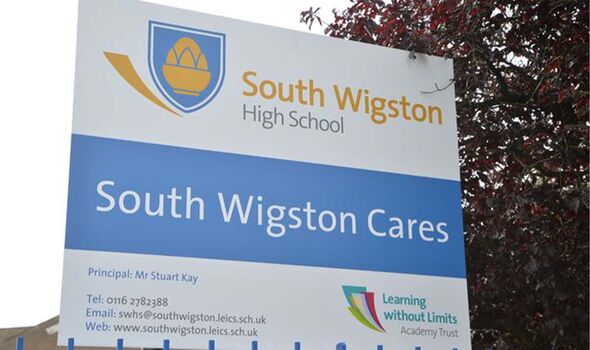 The mother added: “The school has handled this really badly. If they were going to introduce a new school uniform policy then give parents enough warning. School uniforms are expensive and difficult to get hold of.

“In the case of my older daughter, it’s almost impossible to buy a skirt that fits. She has a shapely figure which means any skirt she wears rides up over her hips to her waistline.”

Another parent, who also did not want to be named, said: “My daughter is in Year 11 at South Wigston High School and keeps being put into isolation for the length of her skirt. She is 5ft 8in tall with a size 6 waist so with school skirts it’s hard for me to get one to fit her waist and be long enough.

“I have spoken to the school to be told I have a week to sort her a new skirt.” She added: “When looking at the school policy online it states girls should wear charcoal grey skirts between thigh and knee length.

“My daughter’s skirts are, but she always wears dark black tights and black shorts underneath her skirt. She should be concentrating on preparing for her GCSE not stressing about skirts and being taken into isolation. Surly this needs to be stopped as it’s never been a problem before.”

The high school, in St Thomas Road, is part of the Learning without Limits Academy Trust (LwLAT). In response to the critisism, Principal Stuart Kay told LeicestershireLive: “South Wigston High School has been dealing with some inconsistencies in the standard of school uniform. A small number of students were upset by the enforcement of our uniform policy on Monday.

“It is never our intention to create a situation where children are upset and therefore we have contacted all parents to inform them that we will undertake a review of our uniform policy in consultation with our school community.”

One parent said: “It’s a case of too little, too late. The headteacher has lost the trust of parents and, more importantly, the pupils. This whole issue has been handled dreadfully.

“When he arrived at the school he said he wanted to build trust and a good relationship with the community. But this isn’t the way to go about it. His behaviour has been ridiculous.”