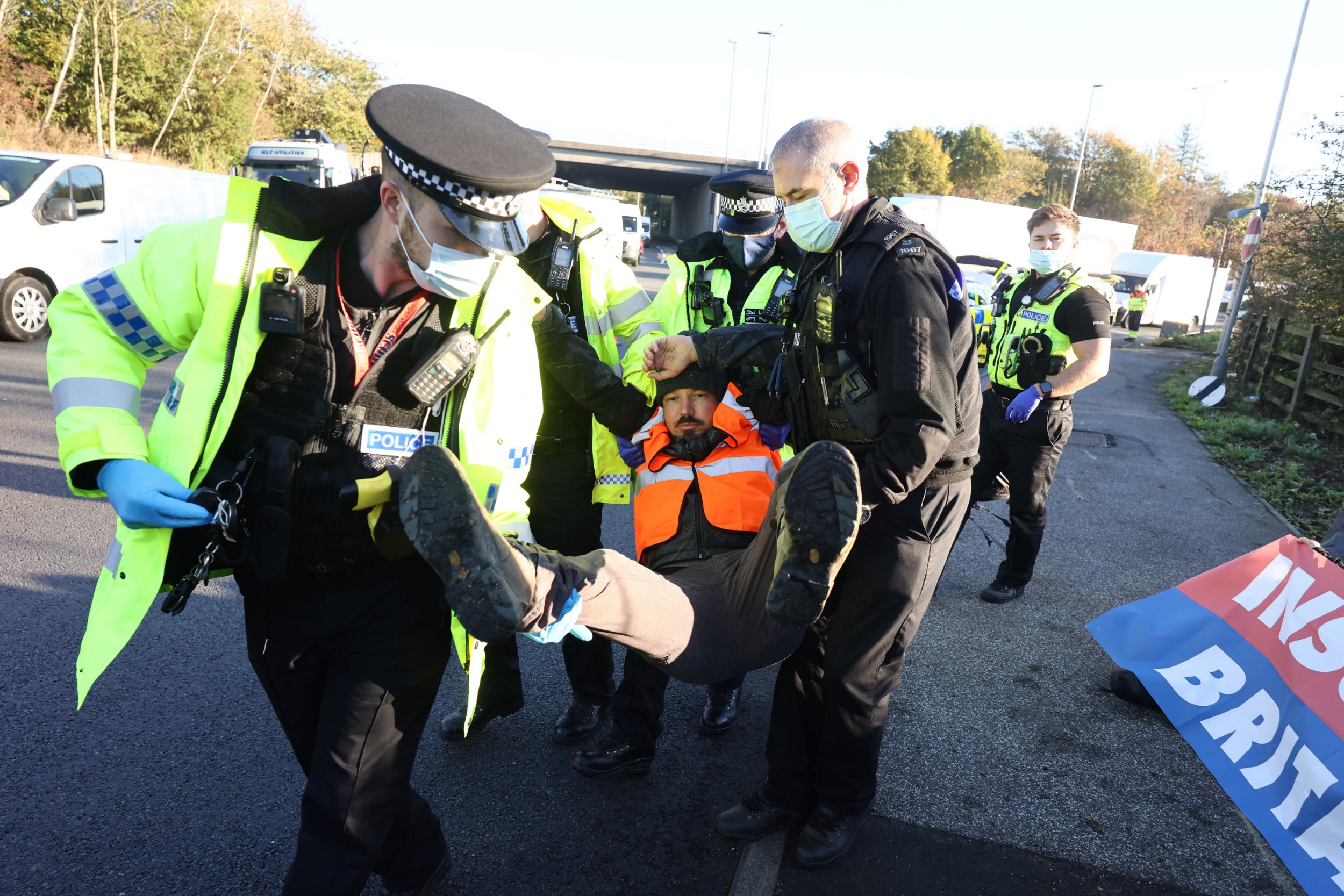 Insulate Britain protesters once again attempted to block a route on to the M25 on Tuesday morning.

Activists descended on the South Mimms roundabout at Junction 23, where six of the demonstrators were stopped from getting into the road at about 8am.

They instead sat on the pavement with a banner, while some glued themselves to the surface.

Police carried demonstrators away, with a group of officers lifting activists from the pavement beside the road and putting them in the back of a van.

At least one man has been detained at the scene.

The latest action by the radical environmentalists comes despite a number of injunctions and other initiatives by government attempting to deter the group from its demonstrations.

The group is urging the government to do more on the climate crisis and particularly to insulate buildings in the country amid dire warnings from scientists about global warming.

Some passers-by were heard shouting expletives at the protesters, while one car appeared to run a red light and almost hit a demonstrator.

More than a dozen officers and seven police vehicles are on the scene near the M25.