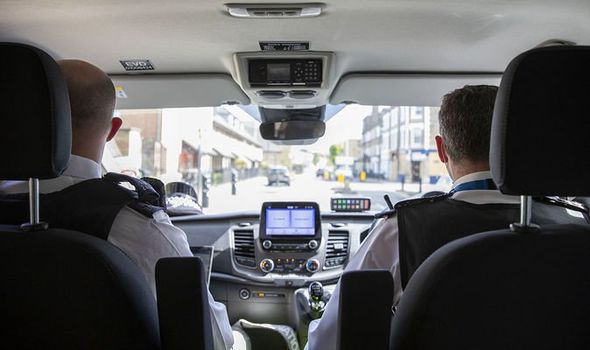 He was detained on suspicion of carrying a blade. No weapon was found but officers said the fact he was wearing armour under a tracksuit in mid-afternoon highlights the battle they face in the deadly war on knives.

He was held for around 20 minutes by a Met Police hit squad formed to reclaim the streets from those hellbent on causing misery.

The stop was made by one of its Violence Suppression Units launched at the start of the Covid crisis last year.

Since then 6,031 violent thugs have been arrested.

Sgt Steve Dowman, who heads up the west London team, said: “The sad thing is we see this all day every day. It no longer shocks us.

“Most people would rightly ask why someone walking the streets at 4.30 on a sunny afternoon shortly after schools finish would be wearing a stab vest.

“Stopping and searching people is controversial but the public wants to see us doing something about a serious and deadly problem. That’s why these units were set up and they are making a difference.”

Last year was the sixth in a row that at least 100 people were killed in the capital, but violent crime was down 26 percent overall in 2020.

The Daily Express was given exclusive and unprecedented access to the team patrolling west London.

The stop, carried out in Fulham, came after Sgt Dowman saw the individual – known to police since he was 11 – pushing an e-scooter while on patrol in a marked van and decided to pounce.

In the three minutes between engaging blues and twos, turning round and pulling him over he was seen calmly walking alongside a young woman.

But the commotion that erupted when he was cornered shows how stop and search remains a highly controversial tool with the potential to inflame delicate situations.

A mêlée involving at least 20 people broke out in which police and our reporting team were jostled and threatened.

At one stage the youth’s mother could be heard blaming the police for stopping her son while others shouted obscenities at eight officers who tried to diffuse the powder keg situation which quickly drew a crowd of hostile onlookers.

Sgt Dowman said: “In their eyes we were wrong for stopping him. But we can’t turn a blind eye. I’ve seen it too many times – the impact one stabbing has on so many people. And something needs to be done.” 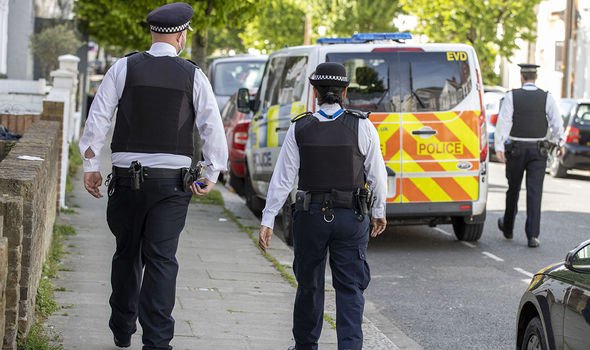 In the 12-months since the elite unit was set up police have nabbed a clutch of offenders wanted for robbery, GBH and murder at a rate equal to 17 a day.

Some 1,142 knives and weapons have been seized, 81 firearms recovered and £1½ million in criminal cash confiscated.

Earlier our patrol was dispatched to locate a man wanted for burglary when it was diverted to a fight at Charing Cross Hospital. But en route an emergency call came through claiming a man was making threats to kill with a knife.

At a block of flats in Hammersmith two housemates had fallen out with one claiming the other lunged at him with a six-inch chisel in a row over cleaning.

While the men squared up to each other outside a neighbour was forced to walk past the chaos with her crying toddler.

A chisel was found inside the property and seized.

A man was handcuffed and arrested on suspicion of making threats to kill and taken into custody.

The shock and awe tactics are part of an effort to strike fear into criminals by disrupting their day-to-day lives.

The proactive teams are made up of local officers solely based in their area who identify and target the most serious offenders on their patch. 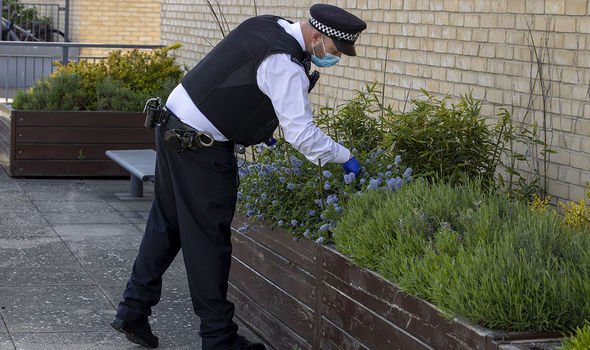 Last week a 16-year-old was stabbed in a gang feud near Chelsea’s exclusive Harbour Club.

Many of the youngsters are involved in the so-called county lines drugs running and carry knives as status symbols.

His team try to engage with the gang members – most of whom they are on first name terms with.

They know they are fighting a lost cause but refuse to give up.

Met Police Commander Alex Murray said: “The units were launched at the start of the pandemic and have been policing London during unprecedented times.

“Bearing down on violence is the number one priority for us in the Met. And the units work day and night, seven days a week to do exactly that. I hope the public feel reassured.

“We recognise policing is only a part of what it takes to stop violence. The results speak for themselves but we are not complacent and these efforts will continue but we also need the public to help us in the fight against violence. If anyone has information on violent crime, no matter how small, we need to hear about it.”

It’s been a year since we launched the Violence Suppression Units (VSUs) during the height of the pandemic.

Teams of local officers are embedded in their area, know the problems and proactively work to stop violence. As the lead officer for violent crime in the Met it is my job to drive our work forward to reduce violence and prevent people from getting harmed.

The VSUs are proactive officers who target the most serious offenders and address key drivers of violence. They know their patch, know where violence occurs most and know their communities, a real investment in local policing.

Last year violent crime reduced by 26 percent in London. I am sure that was a lot to do with Covid but the newly formed units also played a significant part in keeping people safe.

Within a year these dedicated officers have taken more than 1,000 weapons and 81 firearms off the streets. They have been first on the scene to various stabbings, arrested the suspects and carried out manhunts for the most dangerous offenders.

At a time where policing is under intense scrutiny our officers are working hard at all hours to keep Londoners safe.

The units place huge value on building trust and confidence within the communities they serve. There are no quick wins here and relationships like these take time and effort from both sides.

We know the line between victim and perpetrator can be blurred. It’s vital we hear from people who have information that could quite literally save a life of someone involved in violence.

Crimestoppers is 100 percent anonymous and independent of the police.

Please help us in our efforts to bear down on violence.