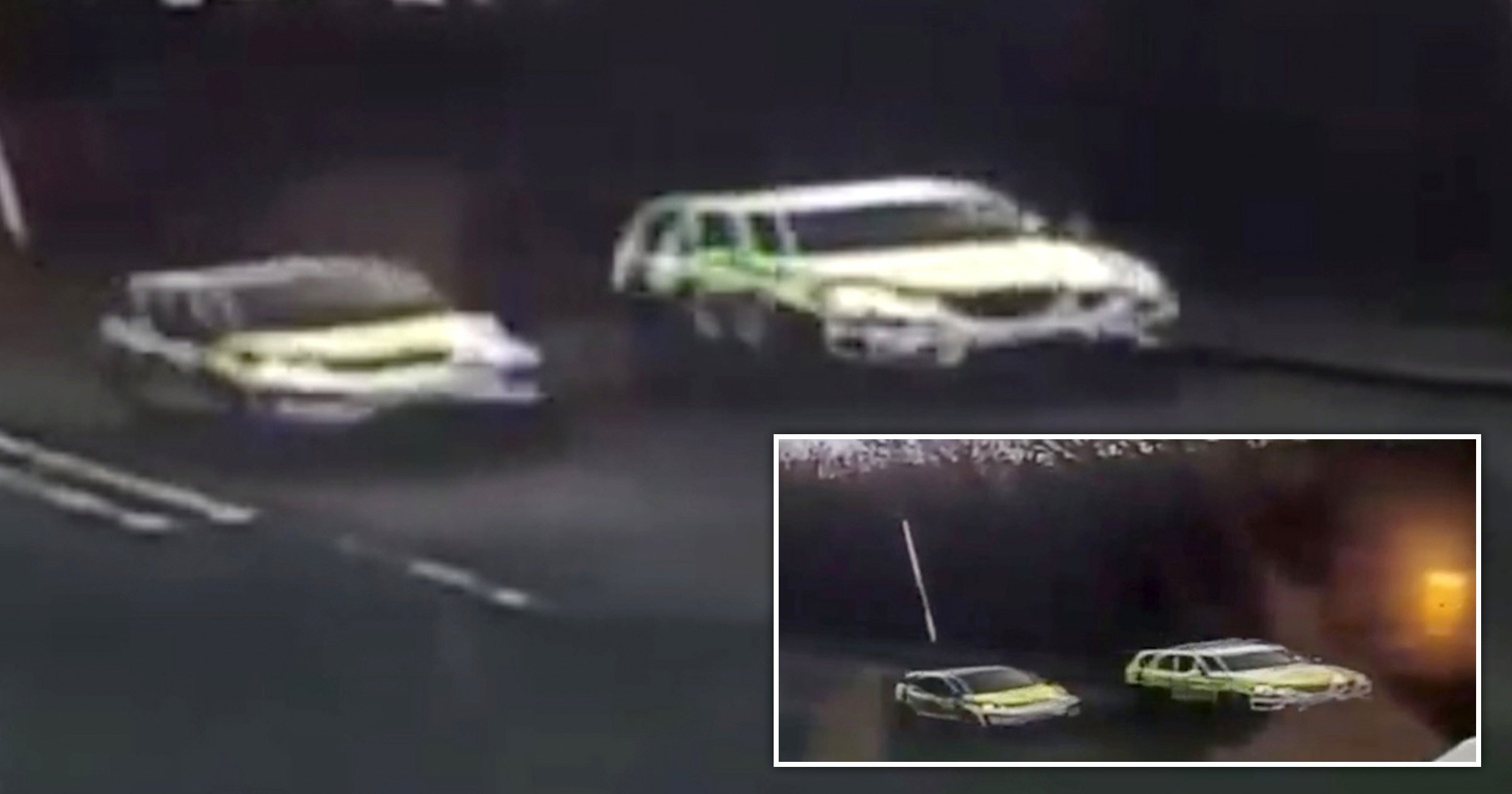 A Welsh police force is investigating officers who were accused of ‘drag racing’ their patrol cars in a residential estate on New Year’s Eve.

Footage from a home security camera shows one car reversing to line up next to the other, briefly pausing before both units take off at speed down the road.

Ben Phillips, the owner of the home in the Mount Estate area of Milford Haven, Pembrokeshire, described the scene as ‘like the drag race in the movie Grease’.

He said officers were driving through in a ‘built-up 30mph area’ with ‘lots of children around.

The alleged stunt appears to have taken place barely minutes after the officers attended a call-out on the state.

The cars then pulled over, Mr Phillips continued, adding: ‘I went down and said to a sergeant: “It’s one law for you, one law for everyone else.”

‘It’s not right to do that. It should be investigated.’

A neighbour who wished to remain anonymous, claimed the cars were driven by armed officers who ‘laughed’ at residents when they demanded they stop.

The neighbour told The Western Telegraph: ‘They sat talking for a few moments and decided it would be funny to have a drag race up Woodland Drive. When shouted at they [were] laughing.

‘If another car was coming around the corner there could have easily been a head on.’

Dyfed-Powys Police said: ‘[We] received a complaint following their attendance at an incident in Milford Haven, at approximately 15:45 on Friday, 31 December 2021.

Mr Philips claims the footage was taken from his first-floor flat just before 4pm.

The force added: ‘We have been in liaison with the parties involved and this matter has been referred to our Professional Standards Department for their consideration.’