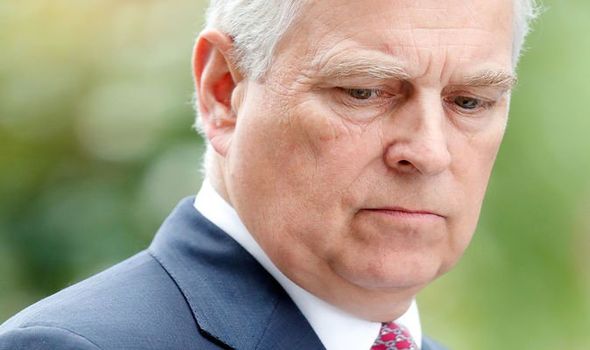 Met detectives approached Virginia Giuffre, 38, in a dramatic move that could have led to a full criminal investigation by the force.

The twist came after Met Commissioner Dame Cressida Dick warned “no one is above the law”.

It also coincided with claims that the Duke of York’s siblings Charles, Anne and Edward, plus Prince William, are determined to prevent him returning to public life.

Last night the Metropolitan Police said it would be taking “no further action” over allegations against Prince Andrew and Jeffrey Epstein, it has been revealed.

The force said after conducting two reviews and examining recent material into multiple claims that young women had been groomed or abused in the UK by the royal and Epstein, they would be dropping their investigation.

But officers said they will continue to liaise with unnamed law enforcement agencies leading the investigation into Epstein, the convicted paedophile and billionaire financier who hanged himself in prison two years ago as he awaited trial on trafficking charges. Epstein had been a close friend of the Prince.

Ms Giuffre, who now lives in Australia, has accused Prince Andrew of sexually assaulting her when she was 17 at the home of Epstein’s friend Ghislaine Maxwell and at Epstein’s Manhattan townhouse and on his private island.

The Queen’s second son has denied all her allegations strenuously and claims not to remember meeting her.

Andrew, 61, still faces a £14million damages claim from Ms Giuffre, over the allegations.

But his lawyers are seeking to have her lawsuit thrown out and have pledged to “robustly” challenge the allegations on a point-bypoint basis.

Meanwhile, Charles and William are said to regard the Prince’s comeback as a potential “reputational threat” to the Monarchy, while his brothers and sister are said to have dismissed the idea at a summit.