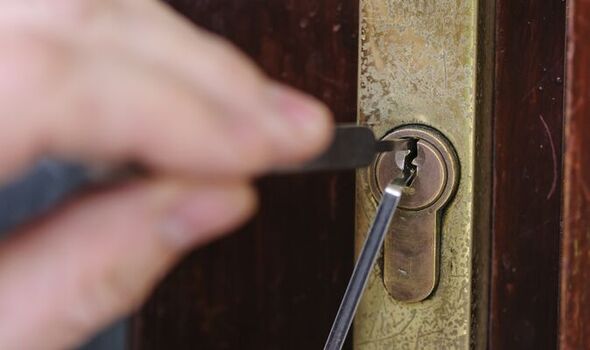 Figures from more than 32,000 districts in the last three years showed 16,000 – 46 per cent – had break-in investigations closed without an arrest. The worst neighbourhood was Parson Cross in Sheffield, South Yorkshire, where all 104 burglary probes were axed. The data piles more pressure on chief constables to make burglary a top priority.

The Chief Inspector of Constabulary, Andy Cooke, a former head of Merseyside Police, said: “Burglary is an exceptionally invasive crime. It is something that can devastate people. It needs to be seen as an important part of policing so communities can be confident in the policing.”

Policing minister Kit Malthouse said: “I want to see forces being more proactive in both preventing and solving these cases to give the public confidence that they are doing the job. Sending a police officer in person to every domestic burglary is key to catching those responsible.

“Finding them quicker and deterring their criminal behaviour in the first place is how we are going to make our streets safer for everyone.”

Victims’ Commissioner Dame Vera Baird, right, said: “It is critical victims have confidence that crimes they report are investigated and offenders do not feel they can commit them with impunity.”

A lack of forensic evidence such as DNA and fingerprints, or CCTV footage, probably means cases are shut down without any investigation. However, some forces now have dedicated crime squads.

Since its team launched in 2019, Northamptonshire burglaries have halved.

Many experts blame today’s policing crisis on budget cuts a decade ago that culled 20,000 officers in England and Wales.

Last month, Boris Johnson said the war on crime was a priority. The PM spoke as data showed the proportion of recorded offences where charges were brought fell from 16 per cent in 2015 to nine per cent last year.

Ms Patel said the figures were “deeply troubling”, but burglary was down 24 per cent, neighbourhood crime by 33 per cent and vehicle offences by 28 per cent.

Ms Cooper retorted: “I’m glad burglaries fell in lockdown but they are now going back up and overall crime is 18 per cent higher and prosecutions are 18 per cent lower on her watch.” She added: “This is the first time in 25 years any

Home Secretary has presided over such a big rise in crime and a big drop in the charge rate.”