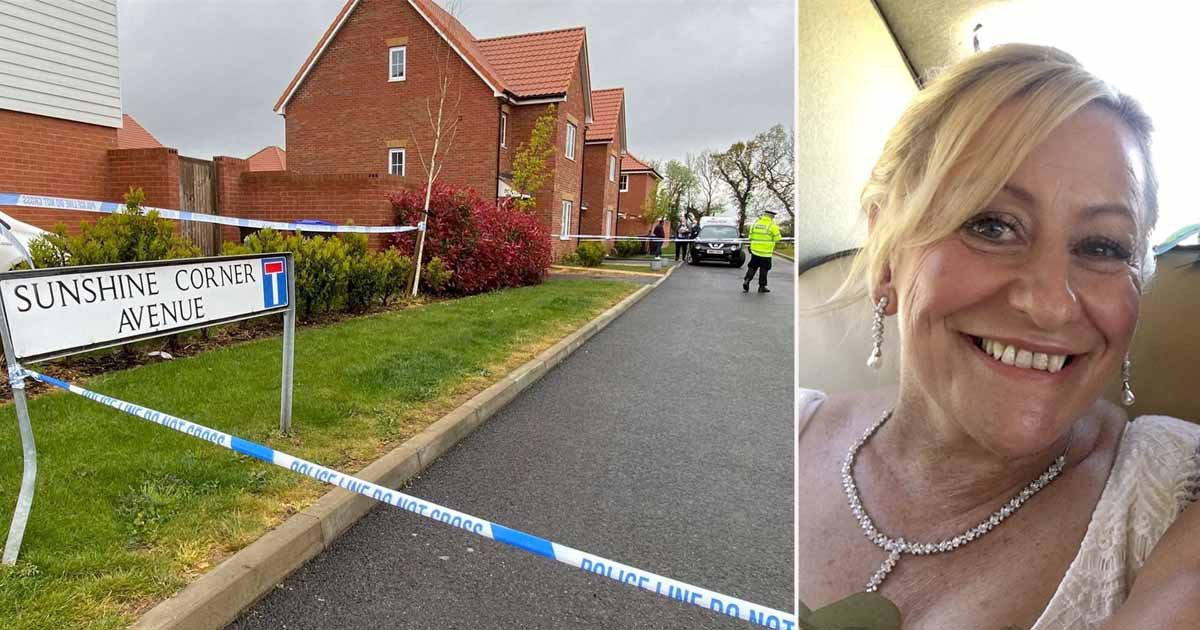 Police are searching a house in connection with the murder of community support officer Julia James, whose body was found bludgeoned to death.

The 53-year-old’s body was discovered last Tuesday, on a footpath close to her home, after she had gone out to walk her dog and never came back.

A suspect was arrested at 9.30pm last night and is currently being questioned.

Now, in the latest development, officers have started searching a house in Aylesham, about 0.4 miles from where her body was discovered in Ackholt Wood, Snowden, Kent.

The cops arrived between 9pm and 10pm last night, according to ITV.

Kent Police said: ‘A search at a property in Sunshine Corner Avenue, Aylesham is linked to enquiries being made in relation to the murder of Julia James.

‘There is no further guidance at this stage.’

The suspect is a British national in his twenties, from Canterbury.

He was arrested about eight miles away from the spot where Ms James was found but it is not yet clear what offence he is being questioned over.

It comes after the police announced it is no longer looking for a man it had previously asked the public to help find.

The force released a photo of a man on the day Ms James’s body was found and said it was ‘crucially important’ that he be found.

But the police retracted this yesterday, tweeting: ‘We are no longer appealing for information regarding the man in the image released as part of the investigation into the death of Julia James.

‘Thanks to everyone who responded to our appeal.’

Ms James, a mum-of-two, died from head injuries he got while she was walking her dog.

Her family have described her as ‘fiercely loyal’ and have desperately appealed for help to find the ‘monster’ who killed her.

On Thursday, Crimestoppers announced it is offering a reward of up to £10,000 for information about Ms James’s death.