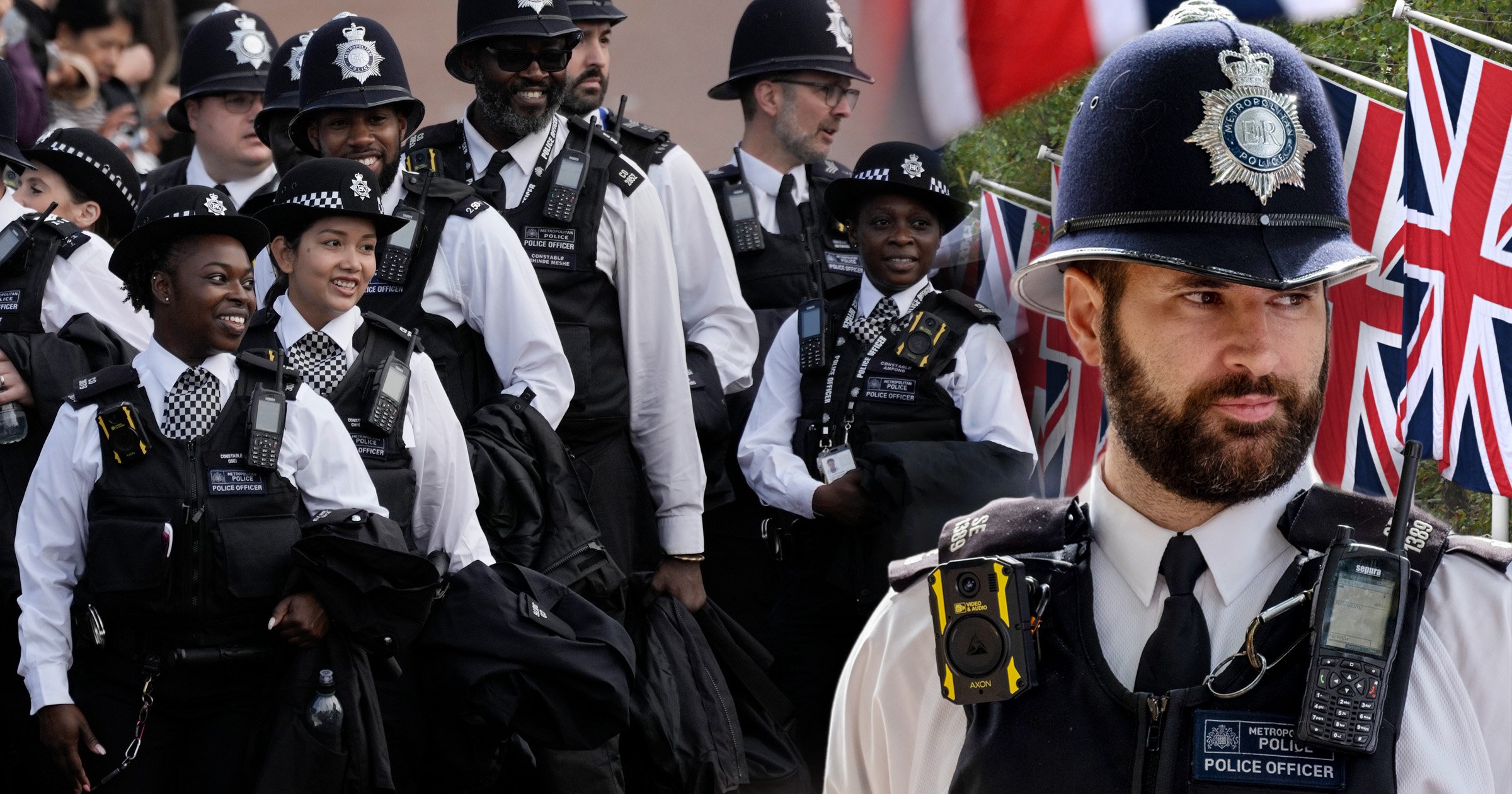 Police have arrested 34 people ahead of the Queen’s funeral.

Cops today said people had been arrested for a ‘range of offences’ but said this was ‘relatively low’ and that none had been for protesting.

Police are yet to provide a breakdown of the offences involved.

It comes as two women were allegedly sexually assaulted as they waited to see the Queen’s coffin lying in state.

It is set to surpass the London 2012 Olympics which saw up to 10,000 police officers on duty per day.

Mr Cundy said: ‘This will be the largest single policing event that the Met Police has ever undertaken.

‘The range of officers, police staff and all those supporting the operation is truly immense.’

It comes after Mayor of London Sadiq Khan said officers from all 43 forces across the UK had been drafted in for support.

He also said members of the army, navy and RAF are also going to be working to make sure the funeral is secure.

He said: ‘We’ve got thousands of volunteers to make sure we can give Her Majesty the send-off she deserves.’

Hundreds of world leaders, dignitaries and other VIPs are expected to attend the state funeral, making it the largest global protection operation the force has dealt with.

In the wake of the Queen’s death, in mutual aid alone – officers who are drafted in from outside forces to help – there will be 20,000 officer shifts throughout the week and 2,000 officers in a single day at the peak, Mr Cundy said.

The force has used more than 22 miles (36km) of barriers in central London alone to control crowds and keep key areas secure.

‘We are fortunate that this gives us considerable experience and knowledge, though I am under no illusion this is the largest and most difficult event yet.

‘Representatives from the fire service, the royal household and many partners who have been planning for this event for some time alongside Thames Valley Police.’

‘At short notice we have got all of the officers we need to ensure that this is a safe and dignified event.

‘There are many officers who have previous experience of working in Windsor.’

Further details have also been released to show that paramedics and ambulance services have treated 435 people along the route of the queue to see the Queen lying in state over the past two days.

Some 291 people were given medical assistance on Wednesday, with 17 needing hospital treatment, according to London Ambulance Service.

A further 144 people were treated on Thursday, with 25 people being taken to hospital.

The LAS said the majority of incidents attended were faints and collapses, resulting in head injuries.