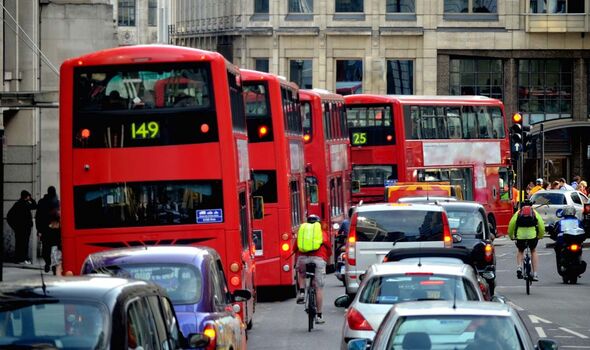 Police say a hunt is underway for serial arsonists after four fires have been started deliberately on buses across East London since the start of the New Year. No injuries were reported, but the Met Transport Policing Command has described the incidents as ‘extremely reckless actions which are putting the lives of innocent people at risk’.

The two fires in Walthamstow took place on January 2 – the first at 5.55pm on a route 215 bus and the second at 7.45pm on January 3 on a route 97 bus. As the incidents share several similarities they have been linked in the Met Police investigation.

Officers are also appealing for information following two other fires on buses in East London. At around 10.40pm on January 4 a seat was set on fire on a route 179 bus in Woodford. The fourth incident happened shortly after midnight on January 6 when a fire was believed to have been started near to the door areas of a route 165 bus in Rainham.

Detective Sergeant Cassandra Osborne from the Met’s Roads and Transport Policing Command said: “We are appealing to the public for any information to help us apprehend whoever is responsible for these fires.

“These are extremely reckless actions which are putting the lives of innocent people at risk. All these buses were in service at the time of the fires and it is only by sheer luck that no one has been hurt. If you can help, please get in contact as soon as possible.”

Tom Cunnington, TfL’s Head of Buses Business Development, said: “Thankfully no one was hurt during these incidents. We are supporting the police with their investigations into this highly dangerous behaviour. It is reckless and irresponsible, putting lives at risk. We urge anyone with information to come forward and help bring those responsible to justice.”

Anyone with information is asked to contact police on 101 or tweet @MetCC and quote CAD 3625/8Jan. Alternatively, you can contact the independent charity and provide information anonymously on 0800 555 111 or crimestoppers-uk.org