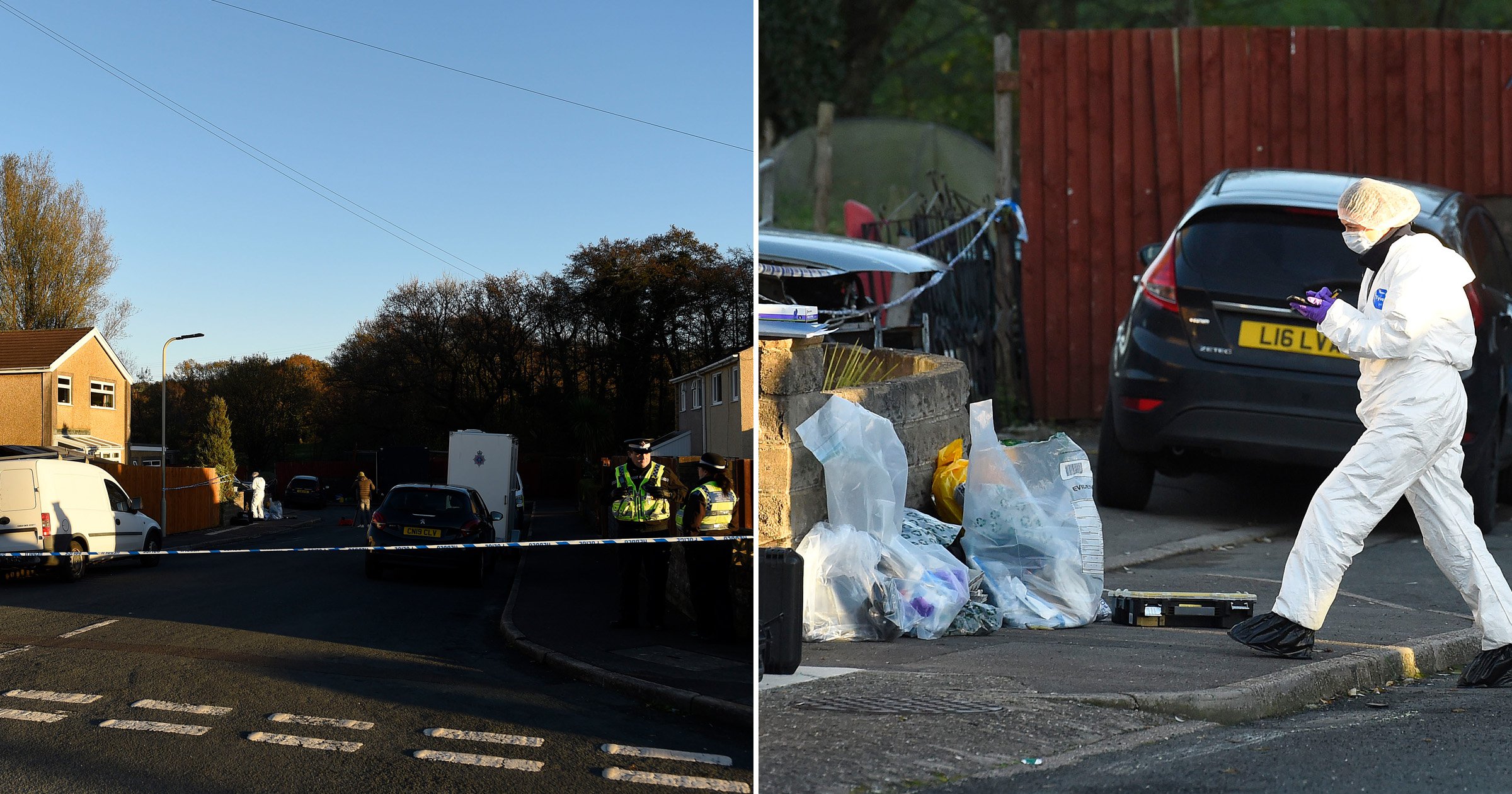 There are fears a woman may have been murdered after she was found dead in her own home.

Forensic teams were seen outside a semi-detached house in Llantwit Fadre near Pontypridd, Wales yesterday after a murder investigation was launched.

A police cordon remains in place at the scene after the woman, who is understood to be in her 60s, was found on Sunday afternoon.

An arrest is yet to be made, and South Wales Police says it is currently unable to release the woman’s identity.

The force said: ‘An incident room has been set up at Cardiff Central police station, and detectives investigating the murder want to hear from anybody in the village who may have heard or seen anything suspicious between 12.01am on Friday to 2.40pm on Sunday.

‘A large police cordon remains in place in the area while crime scene investigators and specialist search officers work at the scene.’

Detective superintendent Darren George, the senior investigating officer in the case, reassured the local community that the force has ‘a large team of officers’ working to identify the person responsible.

He said: ‘We have officers at the scene and officers carrying out door to door enquiries across the village.

‘My appeal is for anybody who thinks they may have information, no matter how insignificant it may seem, to contact us – what they tell us could be extremely valuable to the investigation.

‘I would also like to remind people about the upset that rumour and speculation can cause and am asking people to refrain from fuelling this online and wait for police updates which will be released as and when appropriate throughout the investigation.’

Members of the public with information or footage which could be helpful are encouraged to submit it via South Wales Police’s online portal.