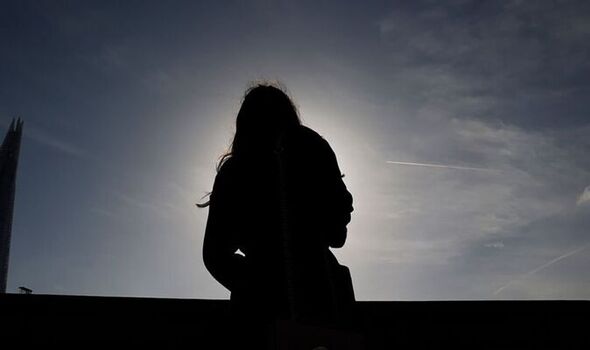 A senior police inspector “slagged off colleagues” and made a music video in which he branded a female officer a “fat b***h”.

Inspector Sam Hughes, of Metropolitan Police, matched with a woman called Charlotte* on a dating app but, before he had even met her, messaged details about jobs and colleagues, and sent addresses and even discussed the tragic case of Sarah Everard, it’s alleged.

Charlotte knew it was inappropriate to have this information shared with her but felt unable to express that discomfort.

She met the officer, delayed due to the COVID-19 pandemic, and began a relationship with him.

“He started trying to isolate me from my family and my friends,” Charlotte told My London.

“He would get very strange about me being on my phone. If my mum or brother would text or call me when [we were together] he would get really angry about it. It ended with me having to put the phone down. He didn’t even really need to say anything, [he’d] just look at [me] a certain way that made me realise if [I] didn’t do what [he] wanted, it was going to be a massive headache.

“He said to me that I couldn’t live with my family anymore, I had to move off the council estate and the child would never be allowed [there].

“[The child] wouldn’t be allowed to be near my family or my mum. There were a couple of reasons he gave, the fact it was a council estate, [so] there were bad people [and] that my mum smokes.”

Even before she fell pregnant, Charlotte alleged Insp Hughes was “protective” of her.

“When I was going [on a night] out because he used to get funny about that [and] I couldn’t talk to anyone else. He’d try to say it’s just because he was worried for my safety, but I think there was more to it than that,” she continued.

A large proportion of Insp Hughes’ abuse was directed at one female senior officer, whose appearance he regularly criticised and who he described as a “fat c**t,” it’s said.

Insp Hughes created a video, seen by MyLondon, featuring her face and a song about her being a “fat b***h” and the “biggest b***h in the whole wide world,” which he sent to Charlotte. Charlotte believes he’d shared the video with other officers. His abuse of the colleague and other members of the police was because they challenged him, his ex-partner alleged.

In messages, seen by MyLondon, Insp Hughes accuses Charlotte’s mother of “acting out” because the pair were spending time together. In exchanges after arguments, the inspector would apologise.

This behaviour was part of the reason why she decided to terminate the pregnancy without his knowledge.

Charlotte contacted the police and eventually ended up submitting a misconduct complaint against Insp Hughes. Charlotte submitted a statement and evidence to support this, but then received no updates on the progress of the proceedings.

Although Charlotte disclosed the full details of Insp Hughes’s behaviour to officers, the misconduct hearing only examined the abusive messages the inspector shared about colleagues. She feels this was not properly explained to her by those who handled the complaint and is upset that more of what took place in the relationship was not taken into account.

She was informed that a misconduct meeting would be held on September 30, 2022. This was a significant decision because they had chosen to have a meeting rather than a hearing which was held in private.

Charlotte has since been informed of the outcome of the meeting, which is that Hughes takes part in “reflective practice” described in Police Federation materials as an “opportunity to discuss where things have gone wrong and look for ways of addressing issues”. It is not classed as a misconduct finding and is designed to be a way of “dealing with relatively low-level misconduct or performance issues in a proportionate way.”

This also means it cannot be used to block promotions or job moves. The outcome has angered Charlotte, she plans to appeal and, if necessary, take the case to the IOPC.

But the biggest disappointment for her is the fear that prevented her from coming forwards in the first place has come to fruition. “I thought they’ll protect him,” she added. “And they did.”

Discussing the issues raised in this article a Met Police spokesperson from its Department of Media & Communications [DMC] said: “An assessment by the Directorate of Professional Standards determined that the officer had a case to answer in relation to ‘authority, respect and courtesy’, in particular the use of inappropriate language about a colleague. A misconduct meeting was held and the officer was given reflective practice.”

Prior to publication, MyLondon contacted Insp Hughes regarding Charlotte’s allegations.

A Federation representative communicated that he had nothing to add to the statement provided by the Met’s DMC.

*Charlotte is not the woman’s real name.