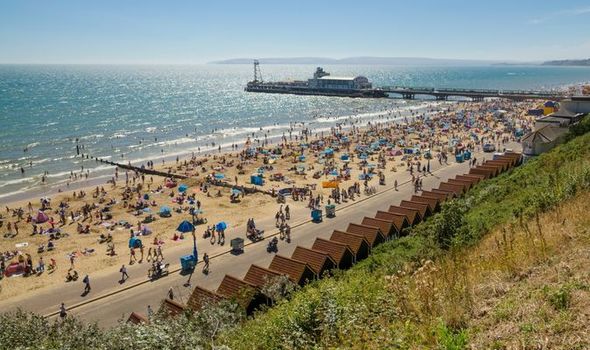 The shocking incident was reported to have taken place in the sea off Bournemouth beach on Sunday, July 18, Dorset Police said. At the time, Police said the suspect told the girl he was 17-years-old and from Birmingham. Detective Inspector Wayne Seymour, of Dorset Police’s Major Crime Investigation Team, has provided an update and said the force is “continuing to explore a number of different lines of enquiry”.

He told BirminghamLive: “Our investigation remains ongoing and we are continuing to explore a number of different lines of enquiry.

“Our investigative work to date indicates the suspect is believed to be from the West Midlands area and we are continuing to work with the National Crime Agency, West Midlands Police and other partner agencies.

“The victim’s family is being kept updated with the progress of our investigation and we are doing all we can to support them.

“We would continue to urge anyone with any information in relation to this incident to please come forward and report it to us.”

Police said the victim was with her friends playing with a ball on Bournemouth beach when it landed in front of a boy.

He then threw it back to one of the group and began talking to the victim, before reportedly pulling her deeper into the sea and raping her.

During the first appeal for information, Dorset Police described the suspect as possibly of Pakistani descent and with tanned skin, between 5ft and 5ft 7inches tall and with a thin-but-muscular build.

He was also described as having short dark hair and wearing black or grey swimming shorts.

Police have previously released an e-fit image and TV appeal on the BBC One show Crimewatch Live.

In September, a 17-year-old boy from the Warwickshire area was arrested on suspicion of rape.

He was later released without charge.

Dorset Police has urged anyone with information to contact the force on 101, quoting the reference number 55210115587.

Alternatively, the charity Crimestoppers can be reached anonymously on 0800 555 111.

Express.co.uk has contacted Dorset Police for further updates on this incident.