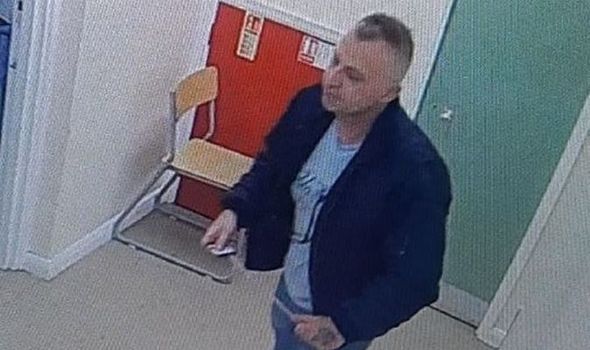 Marcus Coates, 54, escaped from HMP Leyhill in Gloucestershire. Members of the public have been warned to stay away from the man if they see him and immediately call emergency services. He has been described as a white male, approximately 5ft 10ins in height with blue eyes and receding mousey brown hair.

Mr Coates has several tattoos, including his name and a rose on his left hand, as well as a heart and West Ham FC on his right arm.

He was last seen near Bristol Bus Station between 8.30 and 9.30am on Thursday, October 28, police said.

According to Avon and Somerset Police, Coates is believed to have links to London and Kent areas.

“If you know where he may be, call 101 and use the same reference number.”

Coates was found guilty of manslaughter for killing Jennie Banner, 32, in a Chatham flat in 2011.

Maidstone Crown Court heard at the time he strangled her with a belt and left her body for five days.

Avon and Somerset Police issued an appeal to find Coates on Thursday night.