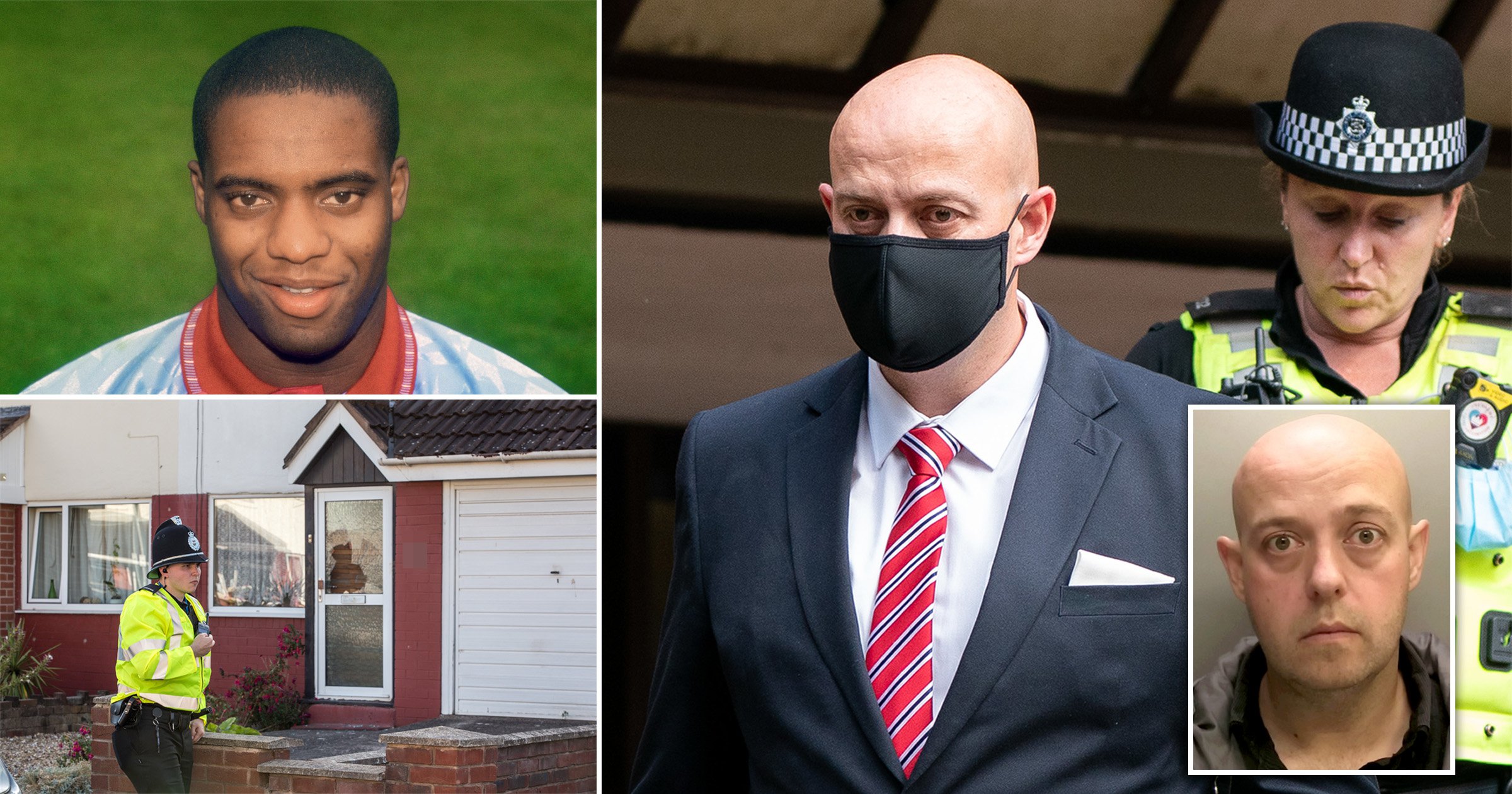 The police officer jailed for killing ex-footballer Dalian Atkinson has been sacked.

The disgraced officer was locked up for eight years after being convicted of kicking the ex-Aston Villa player in the head twice after he Tasered him to the ground.

He died in hospital after losing consciousness following his arrest near his childhood home in Telford, Shropshire, in August 2016.

During his trial, it emerged Monk, 48, had failed to disclose previous cautions on his application to become an officer and had been the subject of a disciplinary process in 2011.

A ‘special case’ hearing was convened in Worcester to consider an allegation of discreditable conduct after a trial judge ruled he used unlawful force which ‘carried a high risk or really serious injury’.

Monk’s QC, Patrick Gibbs, submitted 13 letters of reference from other officers in mitigation and told the hearing he had also ‘attracted many unsolicited letters of support from the public during his 19-year policing career’.

Referring to Monk’s conviction for manslaughter, Mr Gibbs added that the judge had accepted that the officer’s use of a Taser had not been unlawful.

Mr Gibbs added: ‘It came down to the kicks and the jury found that in the heat of the moment he had gone beyond what was reasonable and convicted him.

‘And for that it is inevitable that you will have to dismiss him.’

West Mercia Police Chief Constable Anthony Bangham dismissed Monk without notice, saying: ‘It is entirely unacceptable for police officers who are responsible for enforcing the law to break it themselves.’

Mr Bangham said he recognised that the death of Mr Atkinson inflicted a ‘clear and devastating impact’ on his family, and that Monk’s conduct had undermined public confidence in the police.

Monk, who was cleared by a jury of murder at his trial, did not attend but was said to have ‘accepted that his conviction amounted to gross misconduct’.

The hearing was attended by Monk’s partner, sister and brother-in-law and was told the officer had previously been commended for saving the life of someone who was suicidal.

Following the guilty verdict against him at Birmingham Crown Court, it emerged that Monk had kept his job in 2011 despite having failed to mention two cautions on his application to join the force.

The court was told that two cautions issued to him in 1997 and 1999 – for theft from a shop during a summer holiday job, and for being found drunk – were not disclosed on his application papers in 2001.

Disciplinary proceedings took place in 2011 and Monk was found to have committed gross misconduct by breaching standards for honesty and was given a final written warning for a period of 18 months.

The previous gross misconduct case led relatives of Mr Atkinson to claim Monk ‘should never have been working for the police’ when he used the unreasonable force which killed him.

According to the charity Inquest, Monk is the first police officer in England and Wales to be found guilty of unlawful killing over a death in custody or following police contact since 1986.

VATICAN CITY (REUTERS) – Pope Francis has joked that some people in the Church hoped he would not survive his recent colon operation, and denounced…