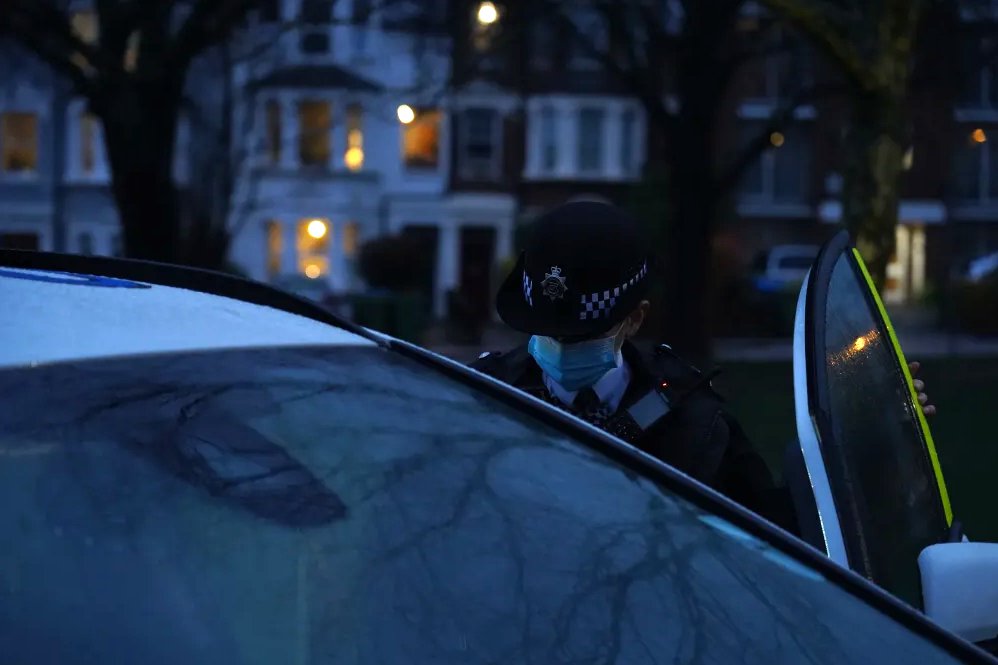 A police officer was knocked unconscious and seven others injured while trying to shut down an illegal house party in South London.

Four arrests have been made and £800 fines have been slapped on 30 ‘selfish and irresponsible’ partygoers following the gathering in Southwark.

Police discovered the party by chance after being called to reports of a robbery in the early hours of Sunday morning.

The suspects, who allegedly attacked a male victim and stole his phone, had been seen to run to an address on Hopwood Road at about 5.30am.

When police followed they discovered a house party attended by over two dozen people.

As they tried to shut the party down, attendees became hostile and began pelting officers with drinks and other items.

The Met said eight officers received a variety of injuries from the backlash, with one officer being knocked unconscious and another suspected of sustaining a fracture to their hand.

Police were forced to pull back from the scene for their own safety while they waited for backup.

The partygoers have been branded ‘selfish and irresponsible’ by police.

Chief Inspector Richard Blears, from the Central South Command Unit, which covers Southwark, said: ‘Restrictions are still in place to protect lives; every person who attended this illegal gathering has acted selfishly and irresponsibly and has potentially put others at risk.

‘Not only that, but some have even gone as far as physically harming the officers who attended the scene, which is totally unacceptable.

‘We will continue to enforce breaches of Covid-19 restrictions when they are alerted to us.’

Four arrests were made in connection with the robbery and the attacks on police.