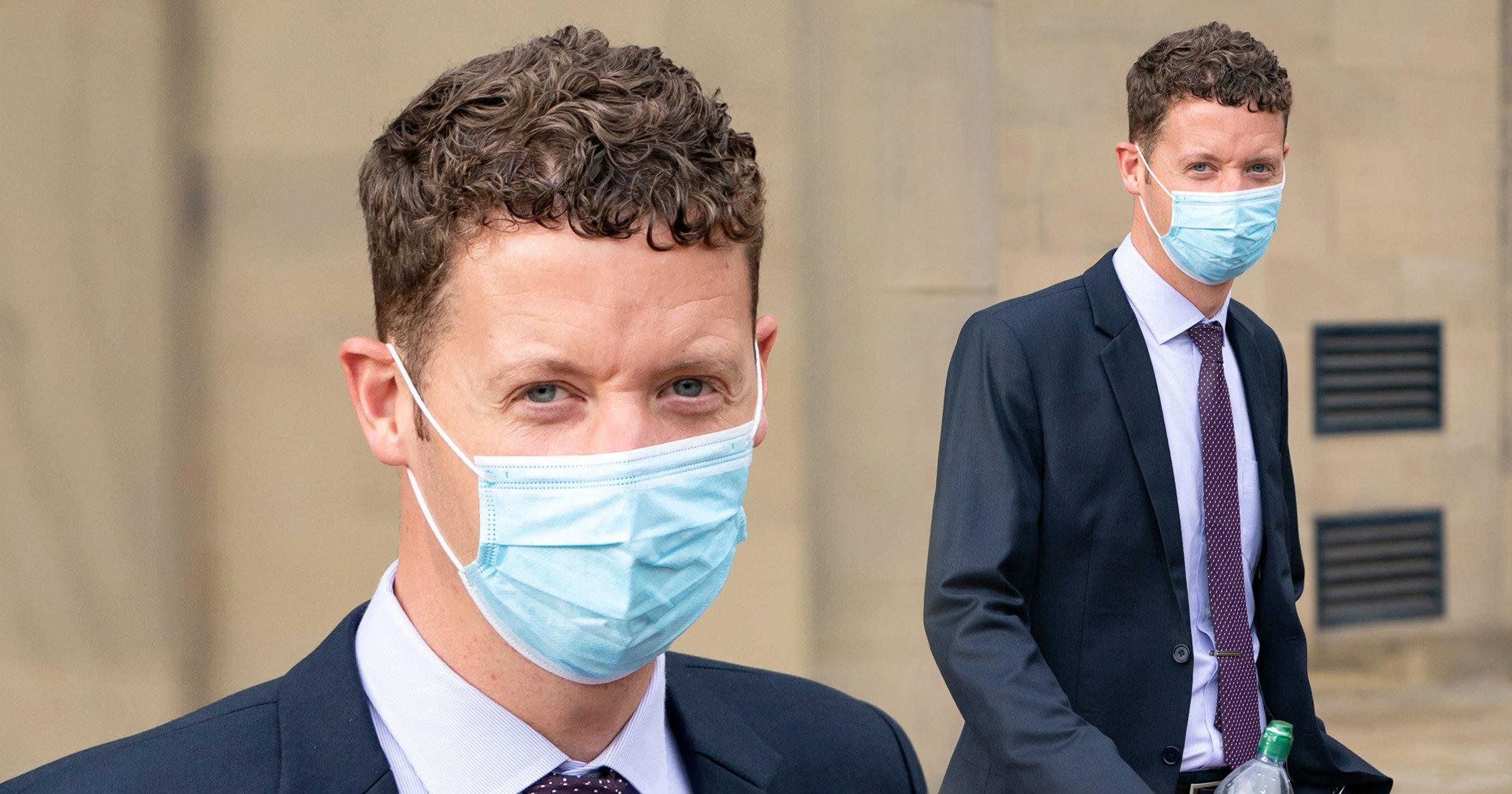 A police officer allegedly raped a young woman and got her pregnant after finding out his girlfriend cheated on him.

Ben Lister, 35, a sergeant with West Yorkshire Police, had been ‘quite upset’ by his partner’s infidelity, a court heard.

The couple had broken up on the night he is said to have dragged a 21-year-old woman off a sofa while she was asleep before sexually touching her as she drifted in and out of consciousness.

The woman had a child as a result of the alleged rape, with DNA tests later showing evidence Lister was the father.

The incident is said to have happened after the police officer went on a night out with a friend in August 2016.

Lister’s friend’s fiancée was also out in Halifax with the complainant, a work colleague, and they all met up.

Bradford Crown Court heard the four visited several bars in the town centre and ended up in the Acapulco nightclub.

The fiancée told the jury of ten women and two men that she had been out a few times with Lister and his partner Kate, but was not close to either.

But she knew in August 2016 that the couple were not on good terms.

‘Kate had cheated on him and I don’t if they were working through it or had taken a break,’ she said.

‘He was quite upset about it. He had not taken it great.’

The witness said there was an age gap of ten years between Lister and the complainant, who had described the alleged attacker as ‘too old for me’.

All four got very drunk and caught a taxi back to the engaged couple’s home where the alleged rape took place.

The witness told the jury that the day after the alleged rape the complainant had texted ‘something happened last night’.

A month later she discovered she was pregnant, and the witness told the jury she’d asked ‘could it be Ben’s’.

The complainant maintained her ex-boyfriend was the child’s father, though the friend said ‘the baby looked nothing like him’.

DNA tests proved Lister to be the child’s father.

In police interview in January 2020 Lister, who denies the charges, told detectives: ‘I had split up with my partner because I had found out she had cheated on me.

‘I wasn’t in a good place really.’

He said that during the night out in Halifax both his friend and his fiancée had tried ‘matchmaking’ him with the complainant.

He said there had been ‘flirting’ between them and ‘I liked the look of her, she was attractive’.

Lister told the police the sexual intercourse was ‘consensual’ and that the complainant ‘didn’t slap me or say “no”.’

He said he was ‘flabbergasted’ about the allegation of rape.

Lister has pleaded not guilty to rape and sexual assault.

The court is expected to hear evidence in his defence today.

On Tuesday, jurors watched a police video interview in which the woman told an officer she was ‘paralytic’ after the night out and ‘passed out on the couch’ at a friend’s house.

She said she remembered being dragged off the sofa and Lister’s hand being on her chest.

She told police: ‘I don’t remember much after that because I think I blacked out, but I remember seeing his face on top of me.

‘I had nightmares about it. Just his head above me and his hands on my chest.’

She said she tried to push Lister away but felt ‘trapped’ by him.

Afterwards she ‘pretended to be out of it’ until Lister had gone and then she cried herself to sleep.

She later messaged Lister to ask if they’d had intercourse, to which he responded saying they had only engaged in other sexual activity.

Lister only found out about the pregnancy when the woman went to the police in January 2020.

He denied the child could be his, claiming to have withdrawn before ejaculating. He later claimed she had not been asleep, unconscious or too drunk to know what was going on, and that everything that happened between them was consensual.

The woman said although she initially claimed the father of her child was her ex-boyfriend, she knew it must be Lister’s because she had not had sex with anyone else for around a year previously.

She said she ‘saw his face’ whenever she looked at her child.

She denied suggestions by defence barrister Laura Nash that she had engaged in consensual sexual activity with Lister and that she had lied about not being able to remember having sex with him.

Before deciding to press charges, the woman had told a family member she was not sure she could go to the police as she believed they would ‘just take his side’ and ‘look after their own’.

Before the opening of the trial, the judge told jurors not to draw parallels with Sarah Everard’s killer, Wayne Couzens.

He said: ‘There’s no suggestion here that the defendant abused his position as a police officer in order to commit the offence, which he denies.’