Spiderman, Captain America, Thor and Catwoman have taken to the streets of Peru to defeat a drug-dealing family once and for all.

They hoped to be mistaken for children’s entertainers school, and used their disguises to blend in with their surroundings.

Footage of Operation Marvel shows the heroes squashed together in their super suits whilst travelling to their crime-fighting destination.

The clip then cuts to the group violently hammering down the door to capture their clearly bewildered targets, who initially thought a Halloween prank was being played on them.

After surrounding his foes, Spiderman is seen posing with his foot on top of one of the family members in an epic superhero stance.

Captain America is then seen leading the criminals to an awaiting police van.

The heroes were joined by 10 backup officers, in normal clothes, who were able to enter the house and carry out the arrests. 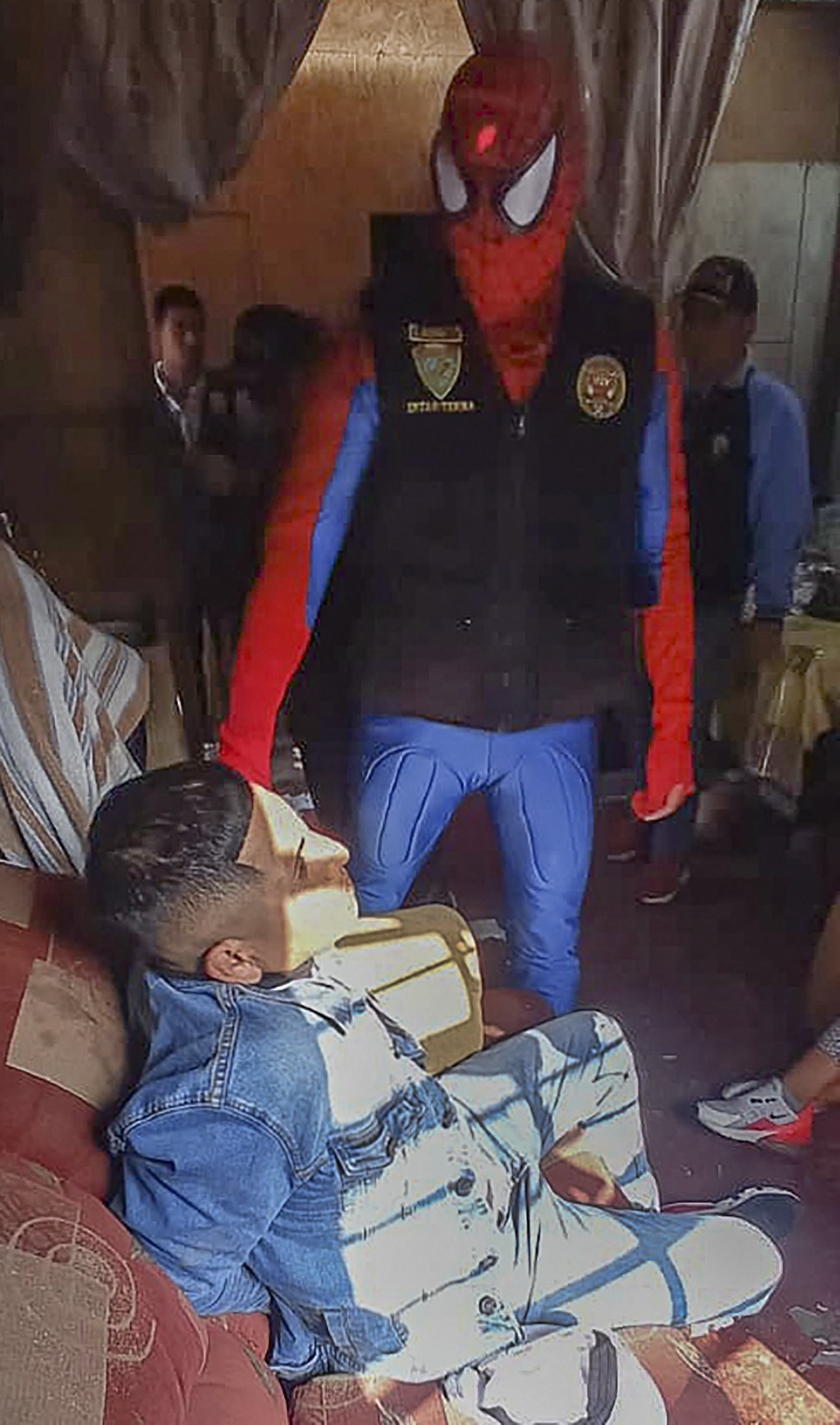 The heroes later posed with their takings in a press conference.

Locals had crowded round the house to watch the bizarre sight, as the four arrested family members were led away by the Avengers.

Police colonel David Villanueva said the family was engaged in the micro-commercialization of drugs and mobile phone robbery.

He said: ‘In this building an entire family was dedicating themselves to the micro-commercialization of drugs.

‘The drugs were going to be sold in a park nearby.’

Some 3,250 small packages of Cocaine paste were seized, along with 287 bags of cocaine and 127 bags of marijuana.

Peru is the second largest producer of coca leaf and cocaine, after neighbouring Colombia.