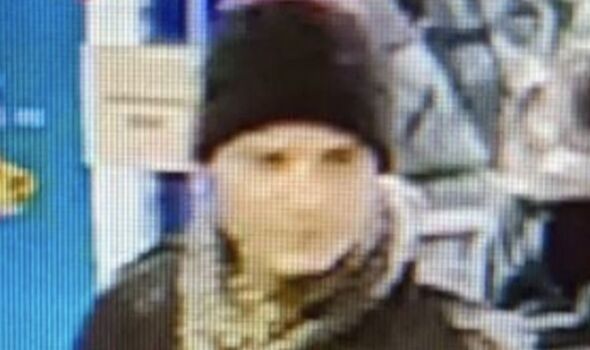 Suffolk Police have released images of a man who is alleged to have stolen £60 from a four-year-old boy. The young boy accidentally dropped the money while at Smyths Toys at Anglia Retail Park, Bury Road, Ipswich on December 27.

CCTV then captures a man picking up the cash and leaving the shop without handing the money in.

Suffolk Police have released the footage and say they want to speak with the man in connection with the incident.

Mother of the four-year-old boy, Demelza Wilson, said her son Dougie received the £60 as a Christmas present and was going to use the cash to buy a new toy, as per the Ipswich Star.

Suffolk Police released a statement that said: “Police are issuing a CCTV image of a man they would like to speak to in connection with a theft in Ipswich.

“The incident occurred at Smyths Toys at Anglia Retail Park on Bury Road at some point between 11:30am and 12pm on Tuesday 27 December.

“The victim, a 4-year-old boy, had visited the store with his mother where he accidentally dropped £60 in cash to the floor.

“It is believed the money was picked up by an unknown man who left the shop without handing it in.

“Officers have now released the CCTV image of a man they would like to speak to in connection with the incident.”

You can also contact Crimestoppers anonymously on 0800 555 111, or via their online form: www.crimestoppers-uk.org