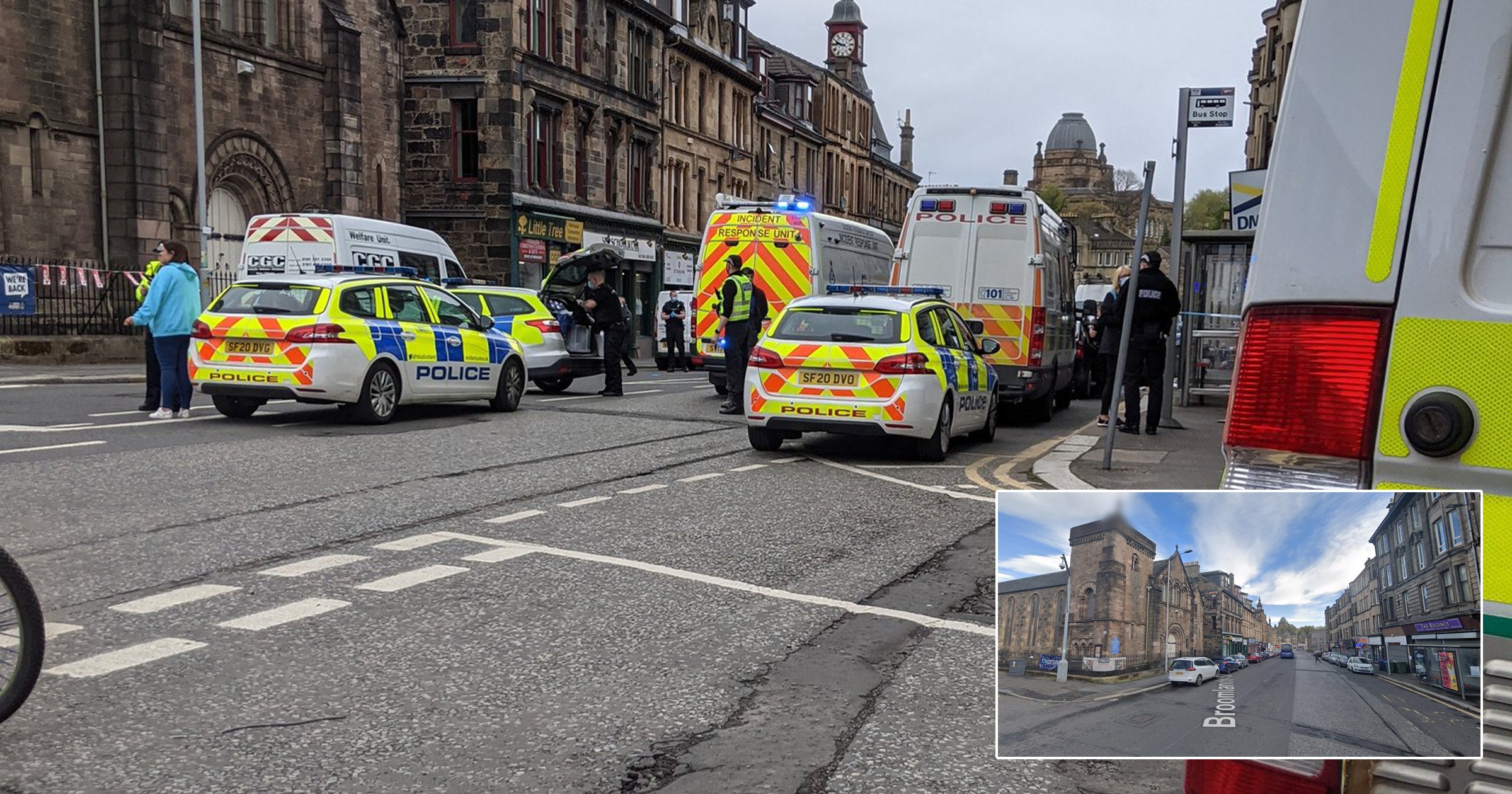 Several police vans and cars have been seen blocking off a road outside a polling station in Paisley this morning.

Eyewitnesses have seen officers diverting traffic away from the scene as Scotland holds its parliamentary elections today.

One passerby says police have cordoned off the area and that ambulances have also been sent to Martyrs Church Hall, on the corner of Broomlands Street.

Nathan Elliott, from Paisley, told Metro.co.uk: ‘I was out walking my dog and heard multiple sirens up the street to see all those police vans and cars parked in the street, talking to some people who I assume saw whatever happened.

‘After that more police arrived and started diverting traffic away from the street.’

Another eyewitness tweeted: ‘Some kind of major incident at well street in Paisley. Several police vans, cars and several incident support unit outside a polling station.’

The Scottish National Party is on track to win its fourth term in office, but it is unclear if they will secure an overall majority in Holyrood.

Polling stations will remain open today until 10pm and anyone aged 16 and over is able to vote in Scotland.