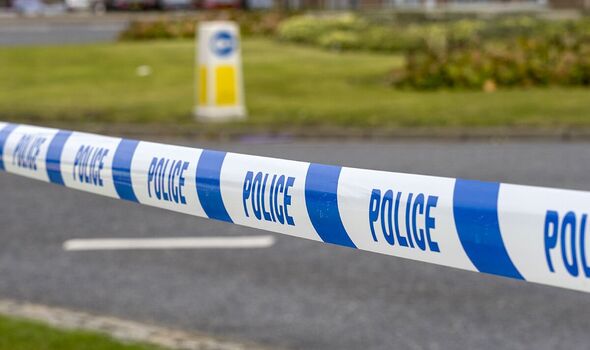 Police have swarmed on an address after an unexploded World War Two ordnance device was discovered in a basement today.

Bomb disposal experts have led the team to deal with the device, found in Mildenhall, Suffolk.

Milendhall Police tweeted: “We are currently dealing with a historic un-exploded WWII ordnance device in the Isleham Marina area.

“Police are in attendance and we are putting a 50 metre cordon into place. The bomb disposal team are currently on route.”

A later tweet by the same account, controlled by Suffolk Constabulary, said: “Not what you expect to find in your basement.”

The 50-metre cordon remained in place in the market town by around 3.30pm, several hours after the operation started.

Members of the public had been advised to avoid the area, Suffolk Live reports.

Last year, Waterloo Bridge in the capital was was closed in both directions by police after it was thought an unexploded World War Two bomb had been found in the vicinity.

It was claimed the device washed up along River Thames and ended up near South Bank.

But Westminster Police later confirmed the object was in fact harmless.

The force tweeted: “Waterloo Bridge was closed for a short time at around 1200hrs after a report of suspected WW2 ordnance on the South side of the river.

“The incident has been stood down.

“The metal object is harmless and has been removed.”

And before this incident, trains in Yorkshire were cancelled after an unexploded World War Two bomb was found on tracks near Guiseley.

Buses were used instead of trains while National Rail assessed all lines with the aid of military bomb disposal teams.