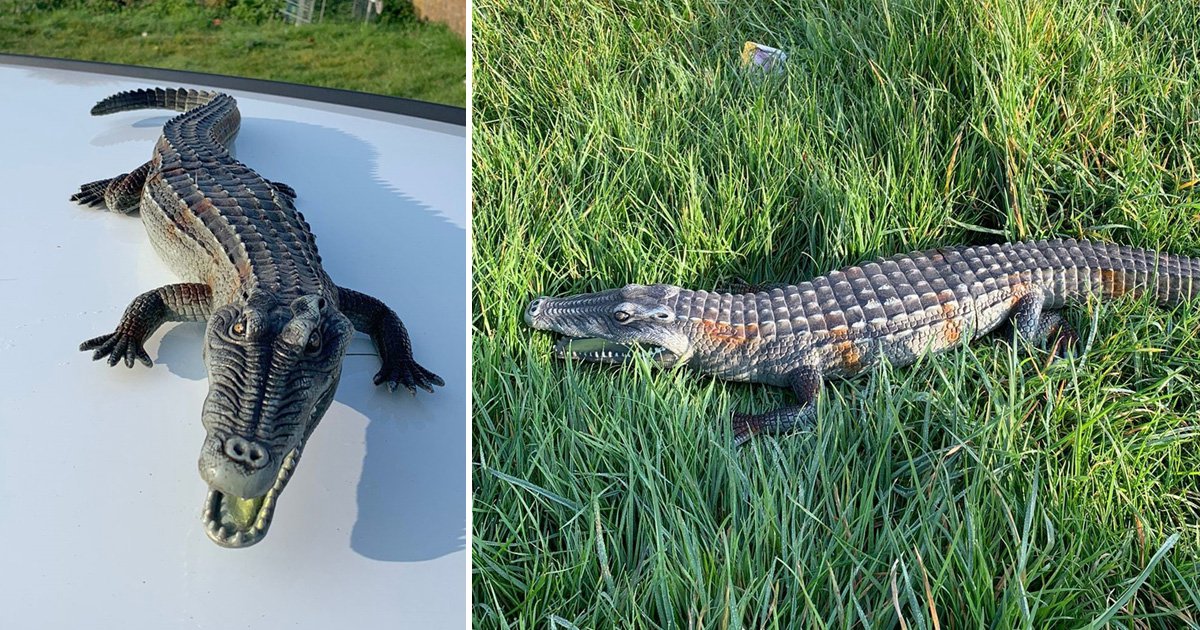 You’d hope for a snappy response from police when a crocodile is on the loose.

But one force’s quick action went to waste when officers realised they’d been called out to capture a plastic toy.

Police swooped in on the scene following an alarmed report of either a crocodile or alligator at the side of a road in Sheerness, Kent.

But all they found was a 2ft long fake reptile lurking in the grass.

Officers said ‘it fortunately turned out not to be real’ – but reminded the public ‘we’re always looking to recruit extra Investi – gators to join us’.

A runner had an unfortunate encounter with the toy on Wednesday, saying it made them ‘jump like a baby gazelle’.

‘To whomever left this plastic alligator along the Queenborough road this morning you caused me to jump like a baby gazelle whilst almost jogging over it’, they said.

‘I suppose you think you’re funny? Well, so I do. Keep up the good work buddy.’

A picture posted on Twitter shows it sitting on the roof of their patrol car.

A police spokesperson said: ‘Kent Police was called to Queenborough Road, Sheerness at 7.42am after a concerned member of the public reported that they thought they had seen an alligator at the side of the road.’

It comes after an escaped tiger in Oldham turned out to be just a cuddly toy.