The College of Policing states that force could be applied if a child is considered to be “outside of their premises without reasonable excuse”. In addition, the child’s parents would be fined £60 for ignoring guidance and allowing them out without a justifiable reason.

The new measure allows police officers to remove the child and anyone with them from the streets if they refuse to follow their advice and go home.

The briefing said: “Use your judgment and common sense.

“The police will apply the law in a system that is flexible, discretionary and pragmatic.

“If you believe anyone is outside of their premises without reasonable excuse, including a child, you can use reasonable force in the exercise of the power.” 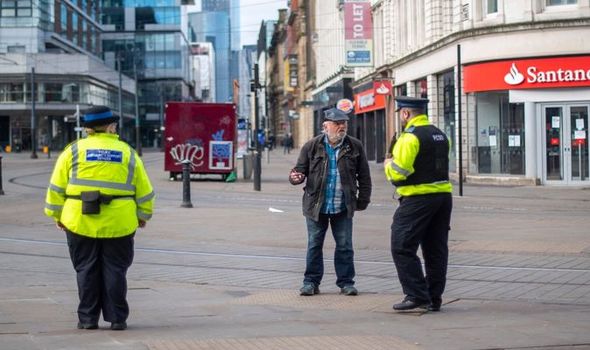 The National Police Chiefs’ Council set out the instruction, but it advises officers to only put it into practice when there is no other choice.

The briefing states that checks on every vehicle are “disproportionate”.

According to the same sanction, police should not discipline whose who travel a reasonable distance to do their daily exercise.

In the Peak District area, Derbyshire Police came under fire after using drones to film people who had driven there to hike.

Police in North Yorkshire and Devon and Cornwall have deployed teams to stop and interrogate motorists on their reason to be out during lockdown. 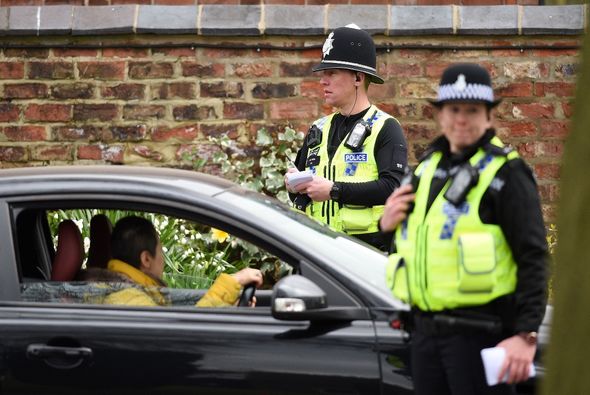 The same forces have devised road blocks for traffic.

Bill Skelly, Chief Constable of Lincolnshire Police, said officers had to question some motorists: “Caravans heading down the M5 – they are clearly not travelling for essential reasons.”

According to the guidance, officers must keep a distance of at least 6ft from other people.

Yesterday the chairman of the Association of Police and Crime Commissioners, Katy Bourne, urged forces not to be “overzealous”.

She said: “In order for these measures to be truly effective, the police will need to maintain public confidence.” 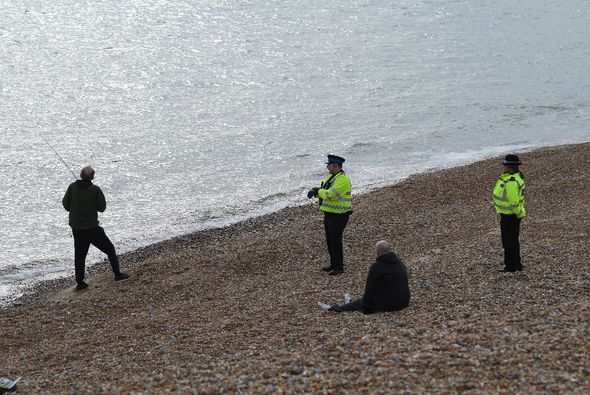 The new regulation comes as the UK’s figures see a drastic increase, with the total number of infections exceeding 29,000.

The lockdown measures will be reviewed after Easter and authorities will decide whether further regulations should be applied, according to the medical director of Public Health England. 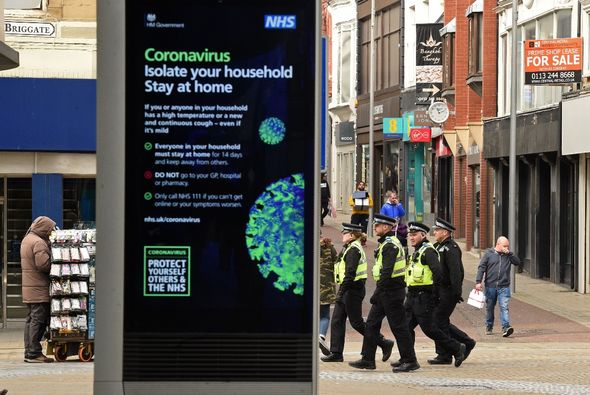 Alok Sharma, the Business Secretary, advised the ministers to be careful not to cause “dangerous second peak” by ending social distancing measures too soon.

Prime Minister Boris Johnson has admitted the UK needs to “massively ramp up” testing for the virus.

He said testing “how we would unlock the coronavirus puzzle” and “defeat it in the end”.

Some NHS staff are being told to self-isolate, instead of being allowed to work when they are most needed due to the current lack of tests that show whether they are infected with coronavirus or not.