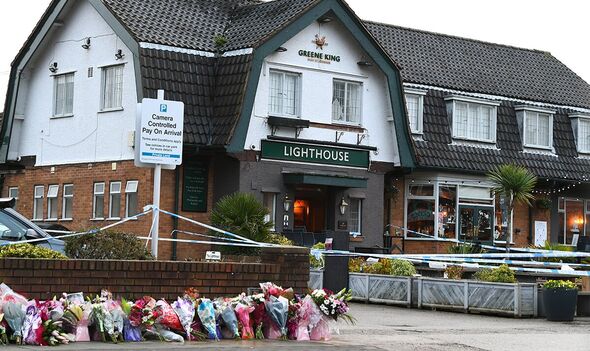 Police are working around the clock to find the “coward” killer of a young beautician caught in crossfire on Christmas Eve.

Elle Edwards, 26, was caught in the crossfire and shot in the head as a gunman fired multiple shots aiming at the entrance of a pub in Wallasey, Merseyside, on Christmas Eve.

Police have today condemned the shooting as “utterly despicable and cowardly”. They continue to work around the clock to find the beautician’s killer.

Four men, aged between 22 and 33, were also wounded in the shooting at The Lighthouse Pub, reports Liverpool Echo.

Merseyside’s Police and Crime Commissioner Emily Spurrell said: “It was devastating to wake up on Christmas Day to learn of the tragic and senseless death of Elle Edwards. My heart goes out to all those who knew and loved Elle.

“No family should lose a loved one in such shocking and appalling circumstances. To do so just ahead of Christmas, a time when we all look forward to spending time with those we care for most, makes this even more shattering.

“Their pain and suffering is unimaginable, and sadly the impact of this callous and horrific act will last a lifetime for them. It is those who are responsible for this utterly despicable and cowardly act who deserve the life sentence.

“To open fire in a crowded public house, full of people out socialising and enjoying the festivities ahead of Christmas Day, is an act of wanton violence and shows complete disregard for the safety of all those inside. Merseyside Police will be relentless in its pursuit of those responsible.”

No family should lose a loved one in such shocking and appalling circumstances. To do so just ahead of Christmas, a time when we all look forward to spending time with those we care for most, makes this even more shattering.

She added: “The determination to ensure those who have inflicted such misery and suffering face justice is palpable. Arrests have already been made and the investigation goes on around the clock.

“My sincere thanks go to the very many officers, PCSOs and staff who have worked so hard since this horrendous incident took place, with many forsaking their own Christmases to support the affected families, reassure people living nearby and find those responsible. While we have seen the number of firearms discharges in Merseyside reduce in recent years, this is a tragic reminder of how much more we still need to do to put a stop to the scourge of gun violence in our region.

“I would urge anyone with any information about this incident, who is responsible or anyone who is harbouring weapons; do the right thing. It could have been your mother, father, sister, brother, daughter or son enjoying a drink in the pub that night caught up in the crossfire.

“To stand by and not speak up is to be complicit in the murder of this young woman. No matter how small, report any information you have to Merseyside Police.

“If you don’t feel comfortable speaking to the police, you can provide information anonymously and in confidence to @CrimestoppersUK anonymously on 0800 555 111 quoting reference 22000948723.”

Elle’s sister-in-law, Kirby Fraser, created a GoFundMe page on Tuesday, December 27, to raise money for her family during this difficult time.