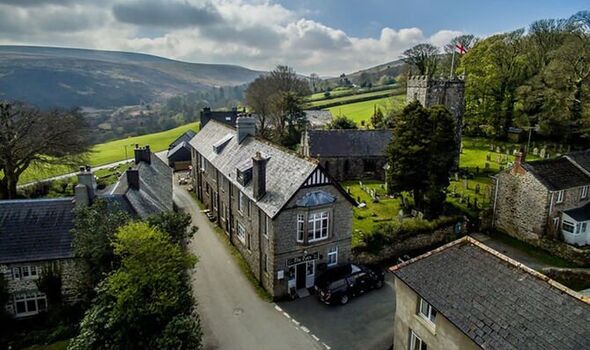 The Tors, which is in Belstone, Devon, said it wanted to acknowledge “the amazing ladies who work the land” nearby and so ditched the traditional name for Ploughperson’s. The dish, priced at £12.50, combines Devon blue cheese, Quickes mature cheddar, Coca-Cola ham, salad, pickled onions, jail ale chutney and sourdough.

But Express.co.uk readers have slated the switch, with one woman stating: “The world is off its rocker”.

“For Heaven’s sake, give it a rest,” added another.

Another wrote: “Britain has become a pathetic ridiculous country.”

Locals even stated they won’t be returning to The Tors, a cosy country pub in the Dartmoor National Park.

“I am either going to order Ploughman’s or I’m walking! I won’t play anymore,” one tweet stated last night.

Another read: “I’d have asked for the manager. Then I’d have said to the manager: ‘can I have a ploughman’s’. Then I would have said, ‘could you please repeat my order just to make sure you understood me’. If the manager replied ‘you’d like a ploughperson’s’, I’d have said, ‘no, let’s start again’.”

A third stated: “The world is off its rocker and quite frankly I’m sick of it.”

One man posted: “This is how ridiculous things get. It doesn’t make a lot of difference really.”

Another wrote: “Pathetic. I’m not changing what I call things.”

The pub, however, has defended its decision.

It said “women plough too” and argued the switch reflects modern times.

The traditional beer, bread and cheese combination has been served in inns across the UK for centuries. The phrase “ploughman’s luncheon” was derived in 1837, according to Oxford English Dictionary.

Dicky Harrison, the innkeeper at The Tors, said: “It is a traditional meal with a different name however we boil the ham in Coca-Cola and then roast with molasses and English mustard and serve with some of the best cheese from Devon. I will also admit that grammar is not my strong point but we do make great food and serve a good pint in a proper pub.

“We do also live in an active farming community and we renamed the plate in a nod to the amazing ladies who work the land here. In reality, women plough too. We’re not trying to make a statement, just having a bit of fun.

“It seems our ‘Ploughperson’ menu choice caused quite a twitter storm last night. We put it on the menu two years ago and really was just a bit of fun and something to catch the eye. We are a Dartmoor free-house and as such we can have a bit of a fun with what we offer and more importantly sell local products. It was just meant to be tongue in cheek and didn’t expect such a reaction.”

An earlier version of this story was published in March of this year.

The latest menu on The Tors pub website as of September states they now sell a meal called Ploughman’s.