The vast majority (84.3 percent) said that the EU had acted in “very poor faith” while 10.9 percent said it had displayed “poor faith”.

A mere three percent said it had acted in “good faith” or “very good faith”. Only 1.7 percent claimed Brussels had acted “neutrally”.

There was resounding support for the controversial Internal Market Bill, which would allow the Government to override the EU Withdrawal Agreement to ensure the flow of goods between Great Britain and Northern Ireland is not disrupted.

Ninety-three percent backed it and more than eight out of 10 (80.8 percent) did not believe it broke international law. An overwhelming majority (91.6 percent) said the EU’s negotiating position had forced the Government to table the legislation.

The respondents take a dim view of MPs who voted against the Internal Market Bill, with 90.8 percent saying they did so because they “oppose the result of the referendum”.

There is support for further robust action. Three-quarters (75.1 percent) said the Government needed to alter the Northern Ireland protocol in the Withdrawal Agreement.

Despite the difficulties in the negotiations with Brussels, there is a strongly favourable view of the British team’s performance in the talks.

Nearly nine out of 10 (86.5 percent) say the Government has handled the negotiations well or “very well”. 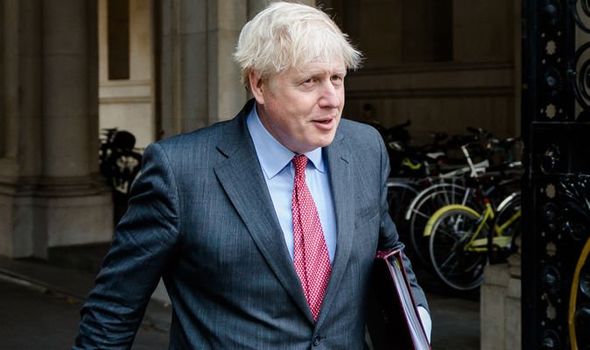 The survey also demonstrates the influence of voters who live in areas of the country that were considered part of Labour’s “red wall” heartlands.

Of the 2,713 respondents, just over half lived in the Midlands, the northeast or northwest of London, Wales or Yorkshire.

While 90.3 percent voted Conservative at the last election, 7.1 percent put a tick next to the Brexit Party or Ukip.

Jack Rydeheard of Conservative Progress said: “The opinion is that the Government has been backed into a corner by the EU’s unwillingness to cooperate. Respondents thought that the EU has negotiated in poor faith, creating an inadequate Northern Ireland provision which the Government has been forced to alter by its own means – a move which is supported by those polled.”