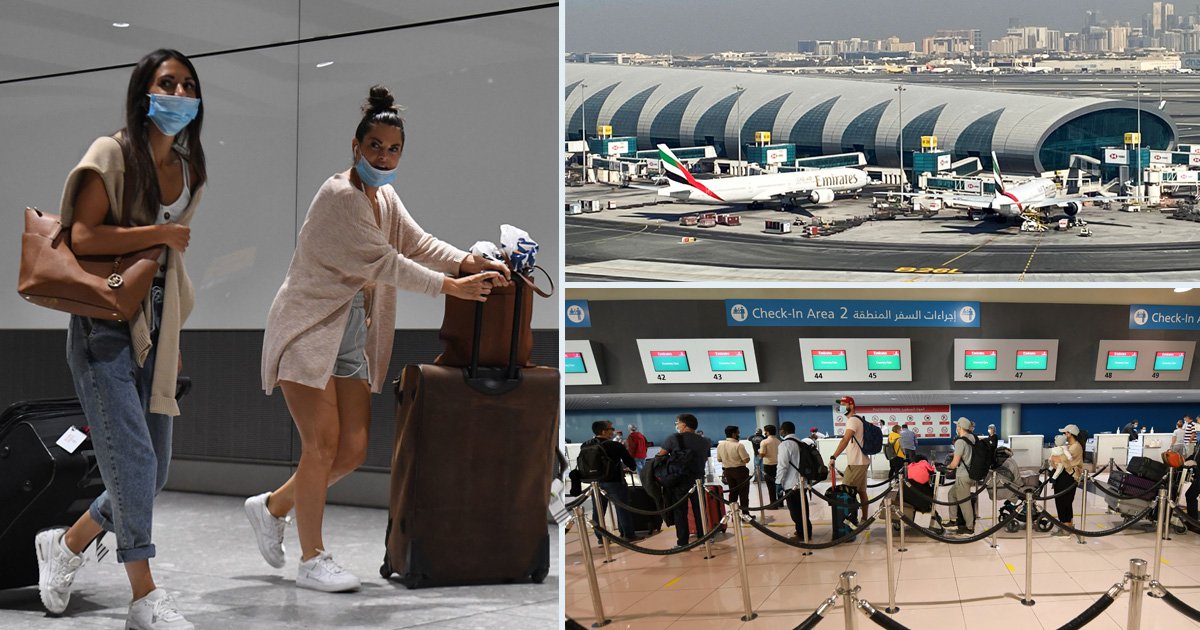 Social media stars face a scramble to get home after Dubai was added to the so-called ‘red list’ of countries from where travel to the UK is banned.

The measure, aimed at stopping the spread of the South African variant, comes into force from Friday at 1pm GMT.

Dubai Airport said all direct flights due to arrive in the UK after this time had been suspended and told passengers booked on those journeys not to travel to the airport.

Some British passengers, including make-up artist Amy Wilson from Sheffield, said they had just managed to get home.

She tweeted: ‘Can’t believe how lucky me and Jack have been with flights. Got back from Turkey two hours before the quarantine deadline and getting the last flight home from Dubai before the UK closes its [borders] to the UAE. Someone’s looking out for me.’

Others face being stranded and will only be able to make their trips back via third countries.

Only Fans model Honey Evans from Leeds said she would stay out in Dubai, tweeting: ‘Flights from Dubai to the UK are banned. Guess I have no choice but to stay out here. Shame.’

But many have stayed silent on what they plan to do amid backlash over the trips abroad.

Adding the UAE to the ‘red list’ means exemptions usually in place will not apply, including for business travel.

Brits currently in ‘banned’ countries can still return to the UK, but will have to self-isolate for 10 days.

They won’t have to do it in a hotel yet, as the new scheme is not expected to come into force until February.

In the mean time, anyone arriving from the UAE and other ‘red list’ countries won’t be eligible for the ‘Test to Release’ scheme, which allows for people to cut short their quarantine by paying for a second test.

‘This means people who have been in or transited through these countries will be denied entry, except British, Irish and third country nationals with residence rights who must self-isolate for ten days at home.

‘Passengers must still have proof of a negative test and completed Passenger Locator Form before arrival – or could otherwise face a £500 fine for each.’

Some Instagram stars flew back before the ban was announced, such as Love Island’s Laura Anderson and former Geordie Shore star Chloe Ferry.

Those still out there include Towie’s James Locke, 33, and girlfriend Yazmin Oukhellou.

They will have to self-isolate in a Government sanctioned hotel if they don’t make it home before the new policy comes into force.

Boris Johnson announced the plan on Wednesday with reports suggesting the scheme will be up and running by February 8th.

Priti Patel hit out at Instagrammers as she outlined new details of the stricter border measures in the House of Commons.

Announcing a new rule requiring outgoing passengers to fill out a deceleration form explaining the reason for their trip, Ms Patel said: ‘Even at St Pancras (railway station), people have been turning up with their skis, that is clearly not acceptable.

‘Going on holiday is not an exemption.’