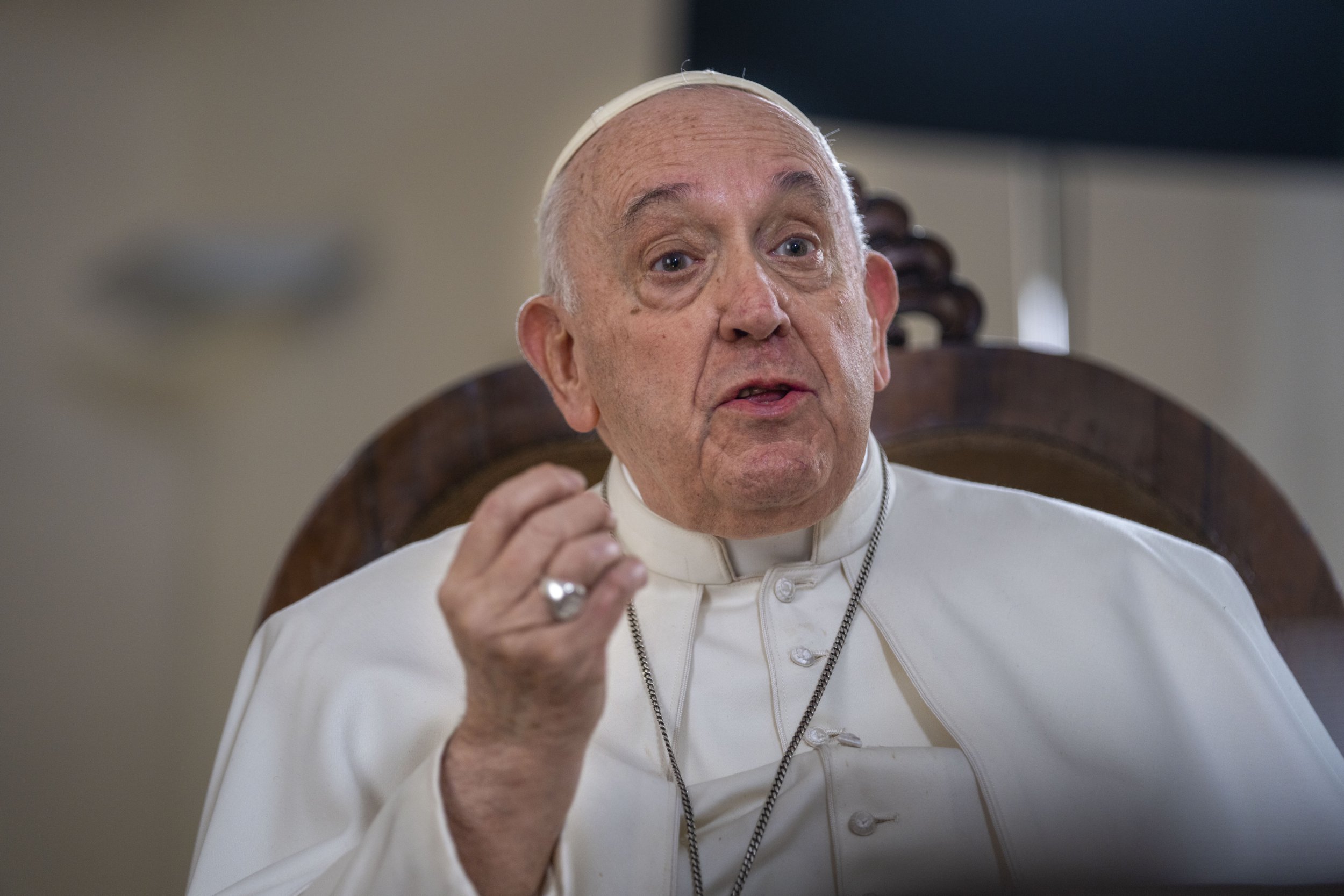 Pope Francis called laws criminalising homosexuality ‘unjust’, encouraging Catholic bishops who support them to ‘have a process of conversion’.

While reiterating he believes homosexuality is a sin, the pope said the Catholic Church must be active in bringing an end to laws persecuting LGBTQ+ people.

Some 67 countries or jurisdictions worldwide criminalise consensual same-sex sexual activity, according to the Human Dignity Trust.

Of those, 11 can or do impose the death penalty.

Pope Francis said: ‘Being homosexual is not a crime.

‘It’s not a crime. Yes, but it’s a sin. Fine, but first let’s distinguish between a sin and a crime.’

He added: ‘It’s also a sin to lack charity with one another.’

A number of Catholic bishops around the world have strongly upheld anti-LGBTQ+ laws as consistent with Vatican teachings that call homosexual acts ‘intrinsically disordered’.

‘These bishops have to have a process of conversion,’ Pope Francis said, adding they should apply ‘tenderness, please, as God has for each one of us’.

In 2019, the pope had been expected to release a statement opposing criminalisation during a meeting with a group of around 50 human rights campaigners who had researched the effects of such laws and so-called ‘conversion therapies’.

In a statement at the time, the representatives said they were calling on the Catholic Church to ‘work for the decriminalisation of homosexuality and for the abolition of all forms of punishment for consented intimate sexual acts between adults’.

Ultimately, the group instead met Vatican secretary of state Cardinal Pietro Parolin, who reaffirmed ‘the dignity of every human person and against every form of violence’.

In the latest interview, the pope quoted the Catechism of the Catholic Church in saying people in the LGBTQ+ community must be welcomed and respected and not marginalised.

He said: ‘We are all children of God and God loves us as we are and for the strength that each of us fights for our dignity.’

While he is considered to have taken a significantly more liberal approach to homosexuality than his predecessors as pope, Pope Francis has come under fire in the past for not going far enough.

He was criticised by LGBTQ+ Catholics for a 2021 decree from the Vatican’s doctrine office that the church cannot bless same-sex unions ‘because God cannot bless sin’.