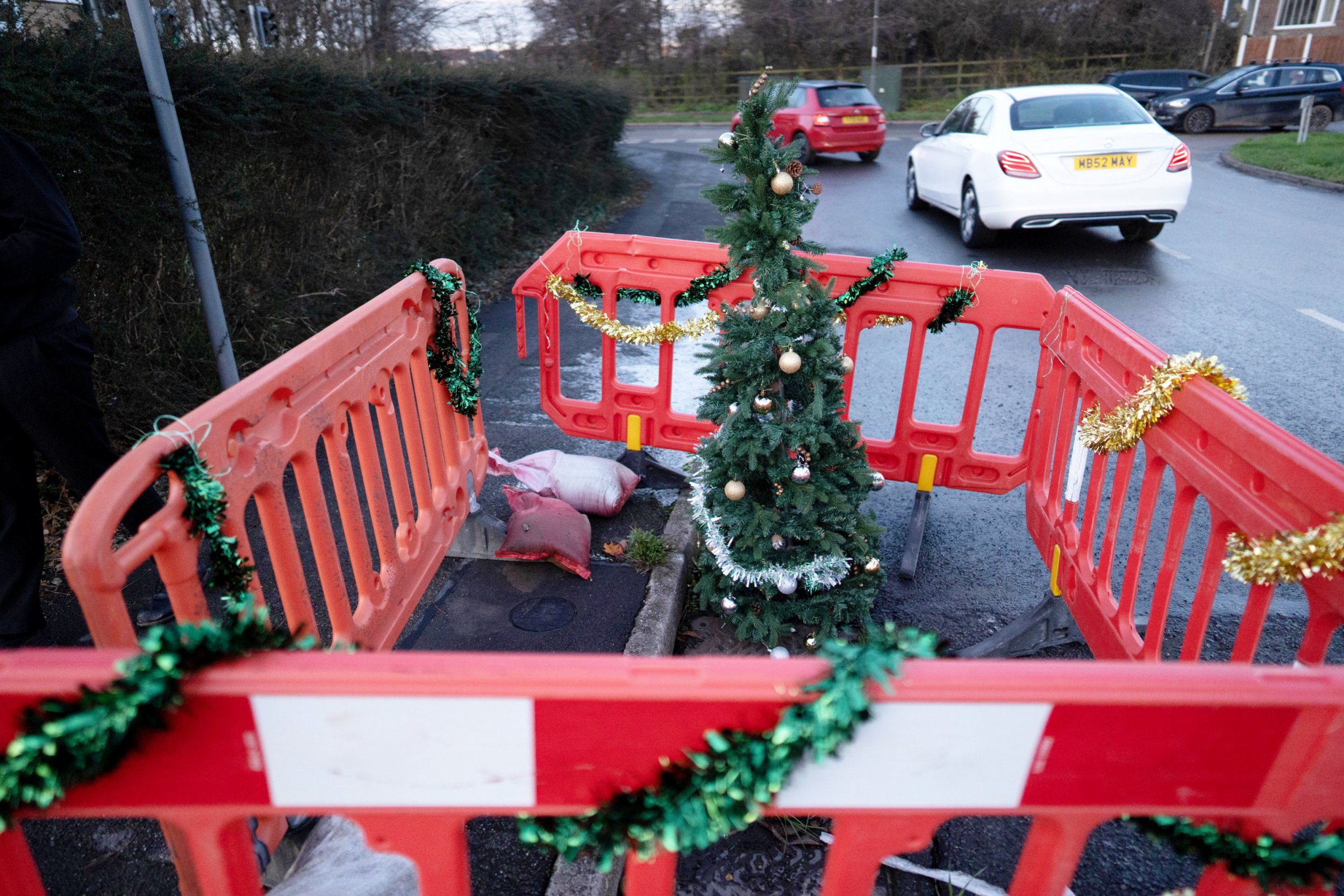 Villagers who have been trying to get a pothole fixed for six months were left in stitches after finding out a mystery joker had planted a Christmas tree in it.

Fed-up locals living on Elliot Drive, in Inkersall, Derbyshire, have adorned the bright orange barriers around a pothole with festive decorations in a bid to be heard.

The area was sectioned off by workmen after the gaping hole appeared close to a drain – but so far no progress has been made to repair the road.

Now a mystery resident has decided to poke fun at the situation by decorating the barriers with tinsel as well as placing a Christmas tree inside.

Nobody has come forward to admit they were behind the festive prank – which has left passing motorists and locals in stitches.

Dad-of-two David Griffiths, 48, a software developer, lives next to the newly-decorated roadworks and said locals have even been adding baubles to the tree.

He said: ‘We’ve got no idea who did it but we think it’s great.

‘We got up on Wednesday for work and to do the school run and there was just a Christmas tree in the middle of the roadworks.

‘We couldn’t believe our eyes.

‘People have even been adding baubles to it, so its become a bit of a whole community effort.

‘Hopefully it will kick the water company or council into action to fix the hole now. It has been there five or six months and nobody has done anything about it.

‘There’s two manholes which are sinking lower and lower and the hole is getting deeper so it certainly needs sorting out.

‘But everyone thinks the new tree is brilliant. It certainly gave us a bit of a laugh.’

Dad-of-two Frasier Kennedy, 41, of Inkersall, noticed the festive fir in the unusual location on his way to work on Wednesday.

He said: ‘I thought it was brilliant. That hole has been driving us mad for months, but now you can’t help but laugh when you pass it.

‘Hopefully they will finally do something about it now as it’s ridiculous how long they have taken.

‘It was the summer when the hole appeared and now there’s a Christmas tree in it, so it just shows how long we’ve been waiting.’