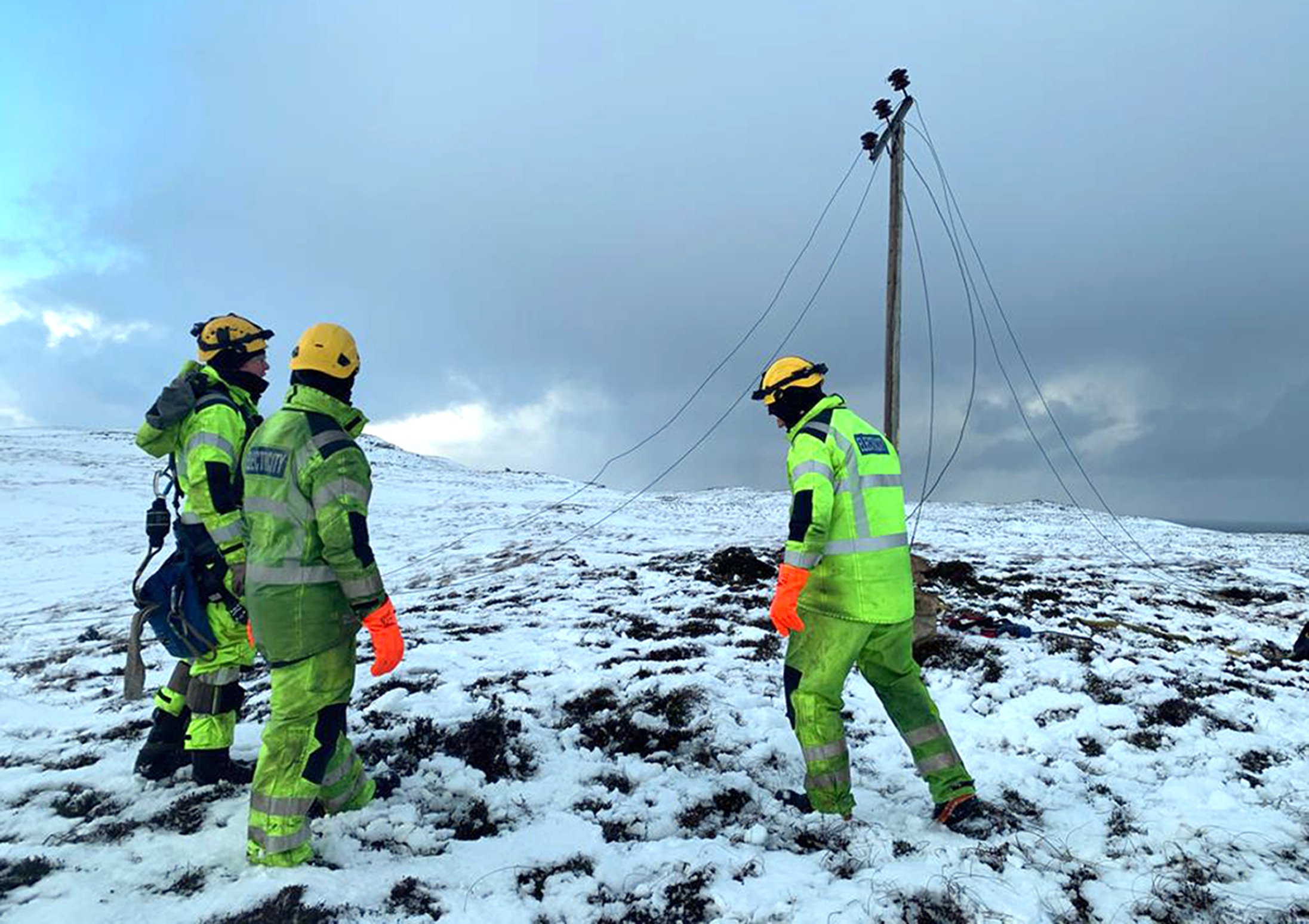 Thousands of homes that have been without power in Scotland this week have been reconnected.

More than 5,000 homes lost electricity this week as a major incident was declared on the Shetland islands after heavy snow downed power lines.

They said around 24 were from the original fault and 94 because of a secondary fault on Saturday night.

Keith Brown – Justice Secretary and lead minister for resilience in the Scottish Government – expressed his ‘sincere thanks’ to those who played a part in bringing power back to impacted homes.

‘The exceptional weather conditions in parts of Shetland led to complex damage to the power network which was very challenging to restore,’ he said.

‘Throughout the recovery effort, the Scottish Government resilience room (SGoRR) met on several occasions, alongside ongoing discussions with Scottish and Southern Electricity Networks (SSEN) and other partners.

‘I want to extend my sincere thanks to all our partners for the vital roles they have played in the recovery effort.

‘From the hundreds of SSEN engineers, and supporting companies, SP Energy Networks, Northern Power Grid and BT, working round the clock to get people reconnected, to Police Scotland, Shetland Islands Council and local resilience partnerships who provided essential advice and welfare support to those affected.

‘In particular, the local communities which stepped up to support those around them, providing shelter, warm spaces and hot food cannot be commended highly enough.’

The minister described the reconnection efforts as ‘remarkable’, adding that the response will be reviewed ahead of any future incidents.

Chief Inspector Stuart Clemenson, the police area commander for the islands, said: ‘The last week has been an exceptionally challenging time for the island and there has been a phenomenal response from partners and the community.

‘I would like to thank our communities for looking after each other and following the guidance to stay safe. Support for those who need it within our communities will continue.’

Mark Macdonald, head of region at SSEN Distribution, said the teams working on restoring power worked as ‘quickly as possible’, knowing it was a ‘difficult time’ for islanders.

‘It’s clear that the sense of community in Shetland is very special, with local groups coming together to provide welfare where it was needed and help keep people warm and fed,’ he added.

‘This extends to the excellent co-ordinating role played by Shetland Islands Council, Police Scotland and all organisations in the Local Resilience Partnership, of which SSEN was proud to play our part.

‘We’re also very grateful to residents who have taken the time to thank our line crews and welfare support teams, and also to the businesses and community volunteers who gave up their own time to help feed our teams.

‘This lifted spirits during some very tough conditions.’