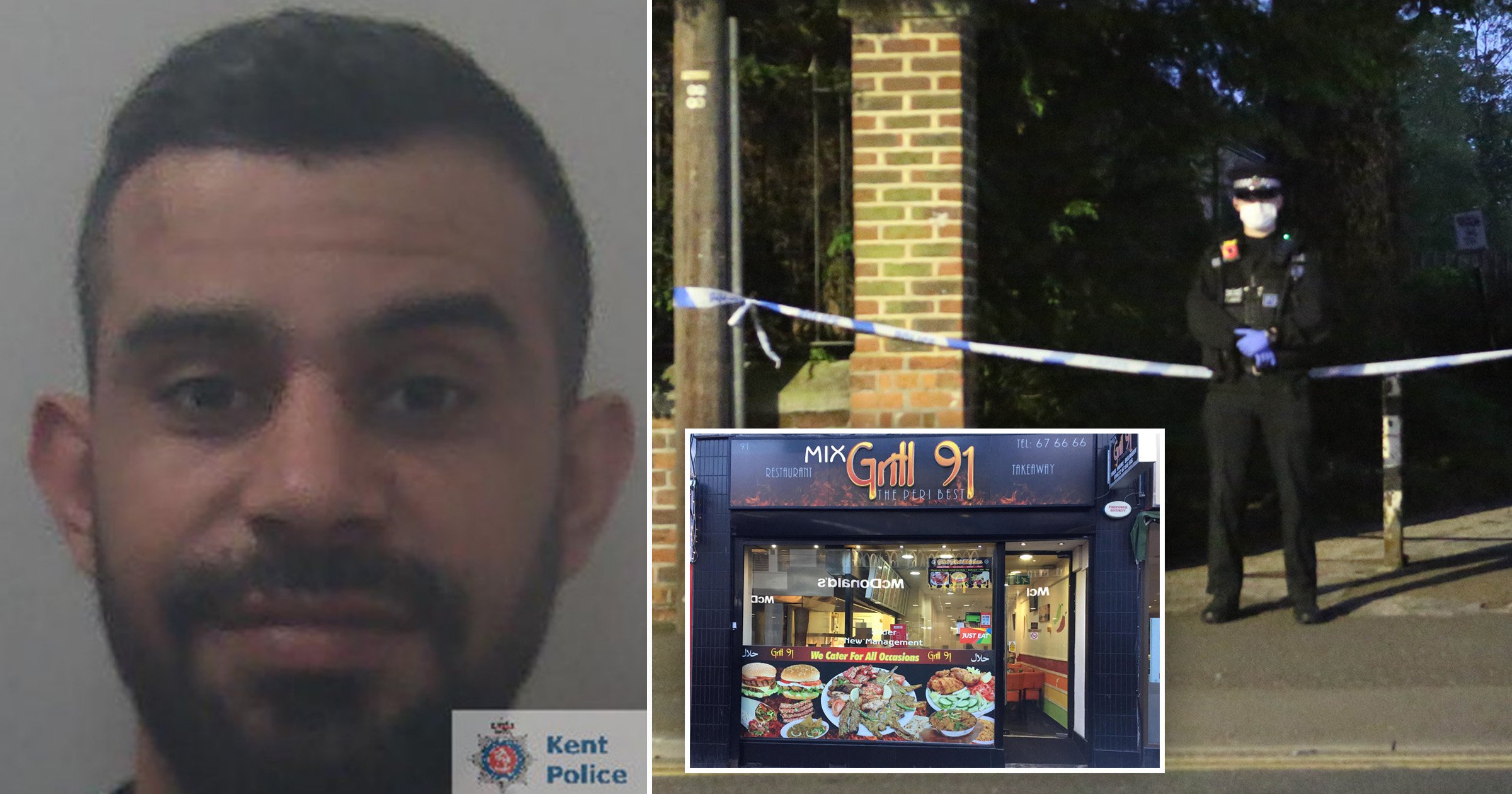 A self-styled preacher who attacked a takeaway boss, leaving him with life-changing brain damage, has been jailed for more than eight years.

He complained the woman ‘had her boobs hanging out in his face’ and told her she should cover-up.

CCTV showed Mr Hussain confronting Braiek outside the fast-food outlet over his attitude and insulting behaviour to his employee.

The pair then moved to a nearby park where Braiek launched a ‘one-sided’ attack on 35-year-old Mr Hussian.

A jury heard that having punched and chased Mr Hussain, Braiek rugby-tackled him to the ground and put him in a choke-hold for up to a minute until he fell unconscious.

Witnesses were said to have watched in horror as Braiek then repeatedly kicked and stamped on Mr Hussain’s head ‘with ferocity’ as he lay motionless on the ground.

Mr Hussain suffered a bleed on his brain in the attack on May 30 2021 and remained an in-patient at a neurological rehabilitation centre in Blackheath, south east London, for a year, Maidstone Crown Court was told.

The violent attack came just three hours after Braiek had punched a woman in a shopping mall in an unrelated transphobic attack, the court heard.

Prosecuting, Daniel Stevenson said CCTV showed Braiek ‘lining up Mr Hussain’s head like a rugby player lines up a rugby ball and kicking him square in the head’ to deliver his final blow.

He said Mr Hussain may have died on May 30 if two ‘good samaritans’ from a pub opposite the park had not come to his aid before emergency services arrived and he was airlifted to hospital.

He had denied a more serious charge of attempted murder and was cleared by a jury at his trial in December.

He said the impact on Mr Hussain, a once ‘hearty and healthy man’ who now struggles to even read and write, was ‘significant, profound and devastating’.

‘This was not a struggle between two fighting men,’ Judge Smith added.

The court heard how Braiek, an Uber Eats delivery driver, had fled the scene after attacking Mr Hussian.

He later told police he had chased Mr Hussain across the grass to confront him ‘because he had no faith’ and was ‘not a proper Muslim’.

Paul Jackson, defending, said it was accepted Braiek kicked and stamped on Mr Hussain, but told the court that he had initially acted in self-defence and feared the victim had a knife.

But Mr Stevenson said no weapon was found.

He told the court that Braiek’s ‘unjustified’ violence that day ‘seemed to relate to his perception that his religious beliefs were being insulted by the conduct of others’.

Just three hours before attacking Mr Hussain, Braiek had assaulted a transgender woman and her friend in a shopping mall.

‘The defendant took exception to her appearance and questioned whether she was a woman and whether her trans-identity was consistent with a belief in God, Jesus or Mohammed,’ said Mr Stevenson said.

‘Whatever his personal views were, he had no business expressing them to her.’

But when she responded ‘robustly and provocatively to his transphobic questioning’, said Mr Stevenson, Braiek reacted by swinging punches to her face and attacking her friend.

Fortunately, neither were seriously injured but Braiek told police he had tried to warn them about judgement day, only to be insulted about his beliefs.

The court heard Braiek was on police bail at the time of the offences on May 30 having been charged in respect of punching his landlord in the street just two days earlier.

That matter is yet to be dealt with by magistrates.

Braiek has no previous convictions and will have to serve two-thirds of his jail term before he can be considered for parole.