Harry and Meghan are known to dote on their one-year-old son, Archie Harrison. Some commentators believe the couple decided to step back from the Royal Family in an effort to give their son a “normal” childhood and so that they could raise him as a private citizen. Now that the Sussexes have officially left the Firm and are laying down roots in LA, commentators are wondering if they will consider expanding their family further — especially as the couple and royal insiders have been dropping hints for some time.

For instance, Princess Diana’s former butler Paul Burrell told Life & Style magazine back in October: “I think that Meghan will have a baby very soon.

“A. The clock’s ticking.

“B. She wants at least two children and C. Have you not noticed the way she knots everything in front of her belly?

“Could she already be pregnant?” 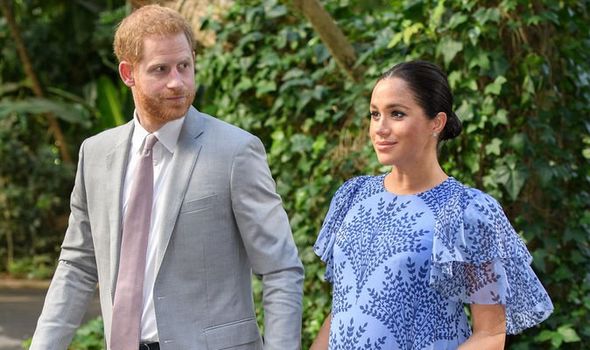 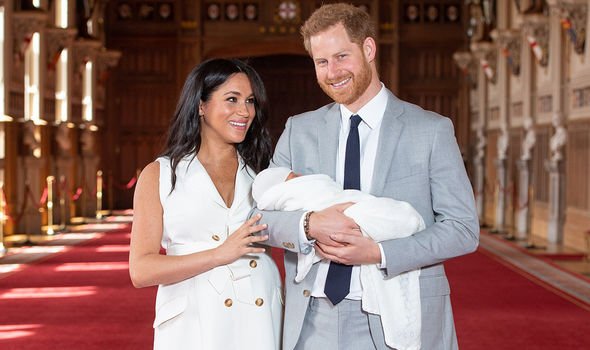 However, his comments were made nine months ago, and Meghan has been photographed several times since without a baby bump.

“It won’t be long before you hear that Meghan is having another baby.”

He had similar thoughts for Kate Middleton and Prince William, too.

He said: “That’d be four babies for Kate and William. It wouldn’t surprise me if Kate and Meghan were pregnant at the same time next year.” 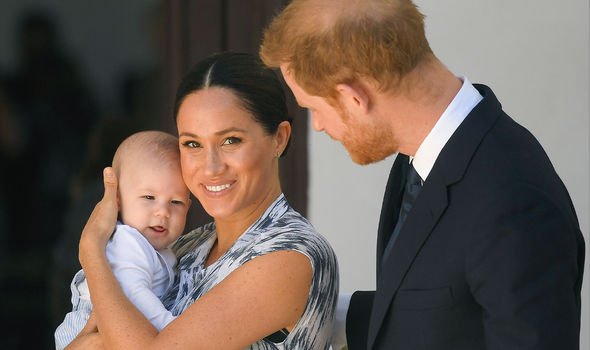 However, Kate has nipped speculation of a fourth child in the bud recently, by making it clear that William would not want to add to their brood.

Yet a second source backed up Mr Burrell’s comments in Life & Style.

They said: “Harry would move heaven and Earth for Meghan and he’s going out of his way to cheer her up.”

Indeed, one of Meghan’s friends told the Daily Mail back in April: “She joked that [Archie] needs a pint-size little buddy other than the dogs.”

Harry has also indicated in the past that he would like to have two children. 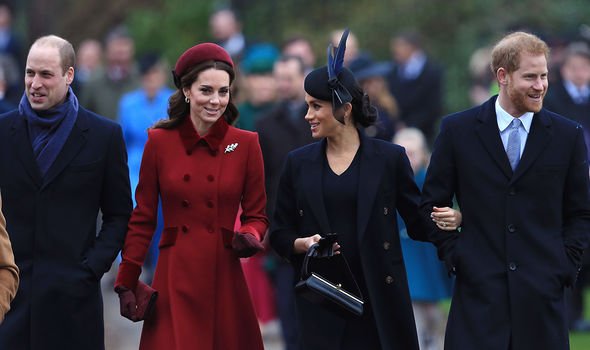 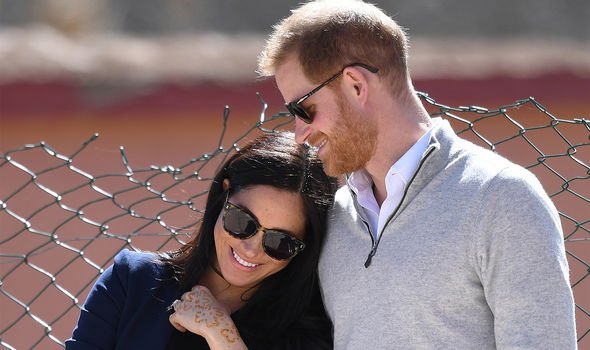 During a Vogue interview with environmentalist Dr Jane Goodall last year, Harry explained how his thoughts on climate change had affected his thoughts on becoming a parent.

He said: “I’ve always wanted to try and ensure that, even before having a child and hoping to have children…”

Dr Goodall interjected: “Not too many!”

She later told Forces Network: “Having our baby so close in age to their baby, I think they were keen to chat. 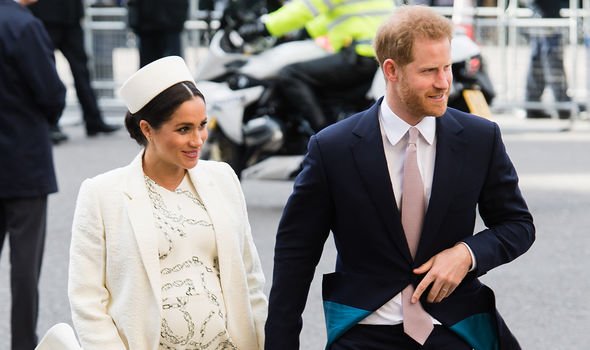 “Harry was really quite interested in how things were with second children as well, because we both have older children.

“And we were trying to encourage him to have a second baby.”

Another source told People after Archie’s birth — in May 2019 — that the two were already discussing growing their family of three.

The insider explained: “They definitely want to [have another child].

“Meghan has talked about having one more.”

They added: “[Harry’s] always enthusiastic with children, and now he will have his own little world that he has dreamed of for a long time.”