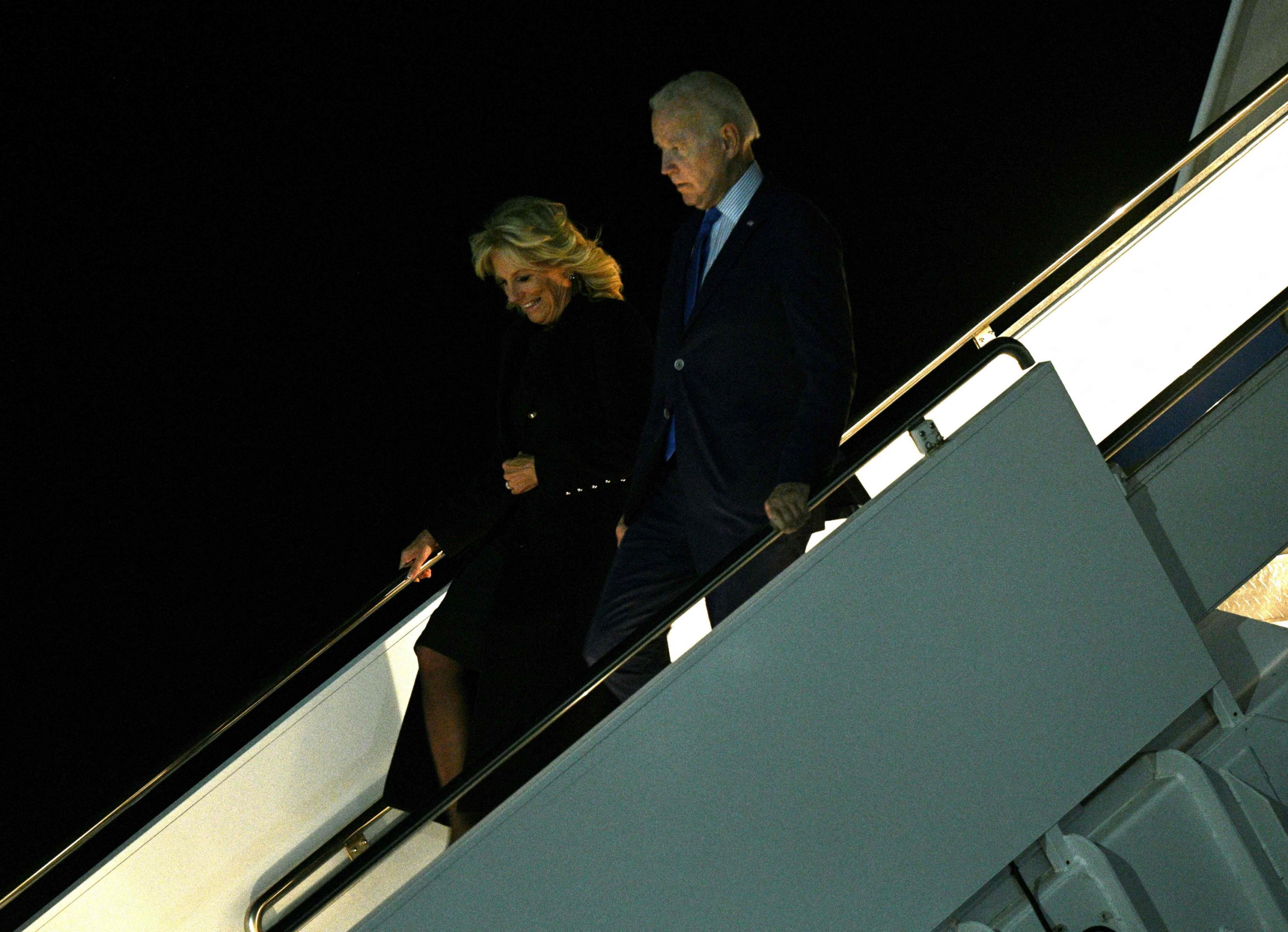 US President Joe Biden has arrived in the UK ahead of the Queen’s funeral.

Air Force One touched down at Stansted Airport just after 10.30pm, as he is preparing to visit King Charles III and the Royal family ahead of the funeral.

He will join presidents, prime ministers and royals from across the globe at the funeral in Westminster Abbey on Monday.

He is thought to have a security detail of around 400 officers with him, that will guard him during his stay.

Photos from Stansted show the President and his first lady, Jill Biden, stepping off Air Force One together.

It will make him the most well-guarded person at the funeral on Monday.

On Sunday they are scheduled to pay respects to the late monarch, whose coffin is lying in Westminster Hall.

Afterwards they will sign an official condolence book before attending a reception hosted by King Charles.

The White House had said earlier this week that the royal invitation to the funeral, which takes place at Westminster Abbey, was for the Bidens only.

Earlier today it was announced the proposed meeting between Biden and new UK Prime Minister Liz Truss had been cancelled until after the national period of mourning for the Queen had ended.

The queen had in the past met multiple US presidents, including, in more recent years, Donald Trump, Barack Obama and George W Bush.

She met 13 of the last 14 American presidents, all except Lyndon Johnson.

Biden is expected to return to Washington following the funeral.