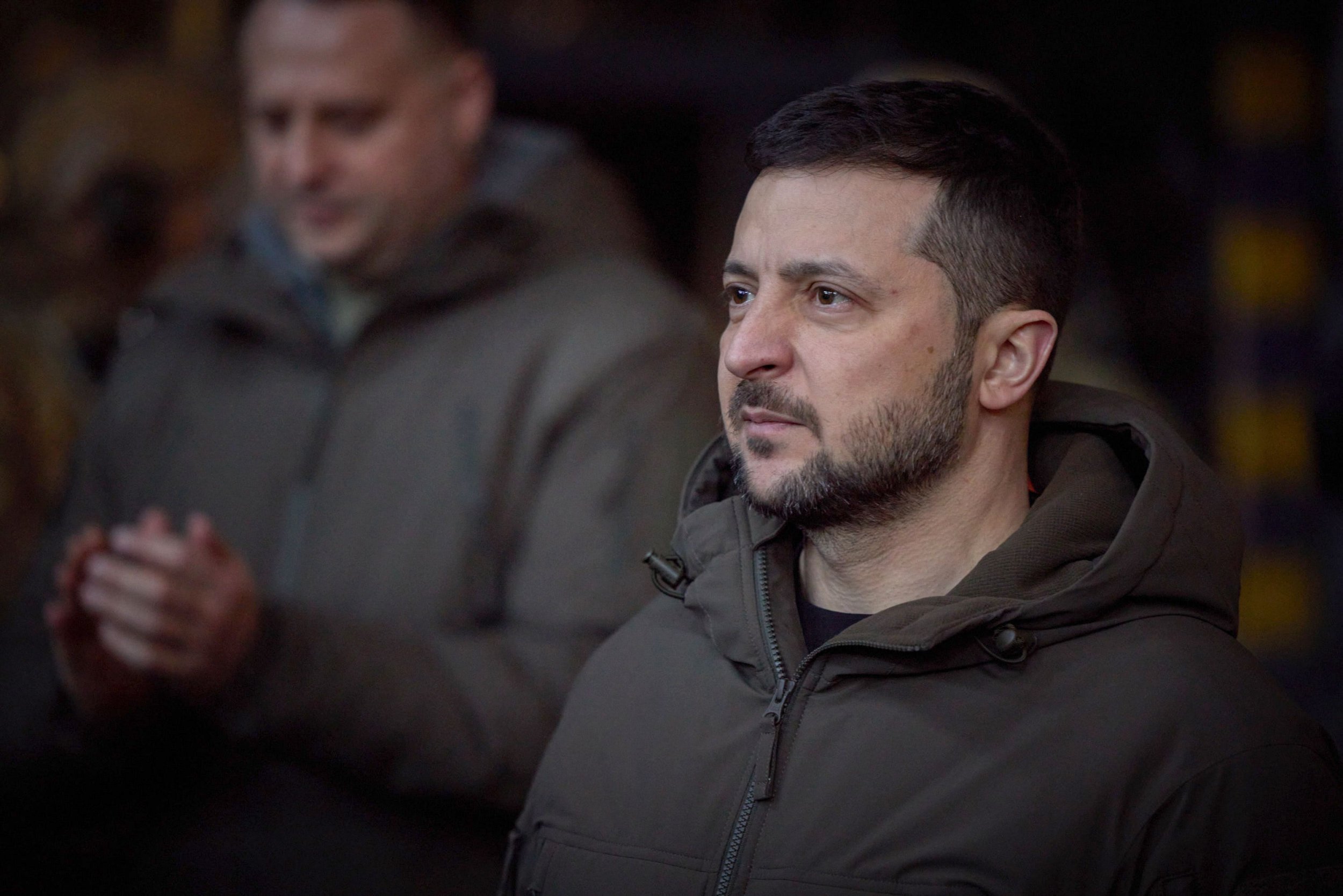 Ukrainian President Volodymyr Zelensky is on his way to Washington to meet with Joe Biden.

It is the leader’s first known foreign trip since Russia’s invasion began in February.

The highly sensitive visit is taking place after 10 months of a brutal war that has seen tens of thousands killed and wounded on both sides of the conflict, along with devastation for Ukrainian civilians.

It also comes as US politicians are set to vote on a year-end spending package that includes about $45 billion dollars – £36.9 billion – in emergency assistance to Ukraine.

The Pentagon is also preparing to send Patriot surface-to-air missiles to the country to defend itself.

Mr Zelensky headed abroad after making a daring and dangerous trip on Tuesday to the city of Bakhmut in Ukraine’s contested Donetsk province.

He praised Ukrainian troops for their ‘courage, resilience and strength’ as artillery boomed in the background.

In a statement on Tuesday night, White House press secretary Karine Jean-Pierre said Mr Biden looks forward to the visit and that the address to Congress will demonstrate ‘the strong, bipartisan support for Ukraine’.

‘The visit will underscore the United States’ steadfast commitment to supporting Ukraine for as long as it takes, including through the provision of economic, humanitarian, and military assistance,’ she said.

US and Ukrainian officials have made clear they do not envision an imminent resolution to the war and are preparing for fighting to continue for some time.

Mr Biden has repeated that while the US will arm and train Ukraine, American forces will not be directly engaged in the conflict.

Both leaders previously met in September 2021, in the tension-fuelled months leading up to the war.

Mr Biden and Mr Zelensky first discussed the idea of a new visit to Washington during their most recent phone call on December 11.

A formal invitation followed three days later, said a senior US administration official, briefing reporters on condition of anonymity because of the sensitive nature of the visit.

The White House consulted with Mr Zelensky on security for his departure from Ukraine and travel to Washington, including the risk of Russian action while Mr Zelensky was briefly out of the country, the official added, declining to detail the measures taken to safeguard the Ukrainian leader.

The official said the US expected Russia to continue its attacks on Ukrainian forces and civilian infrastructure targets despite the trip.