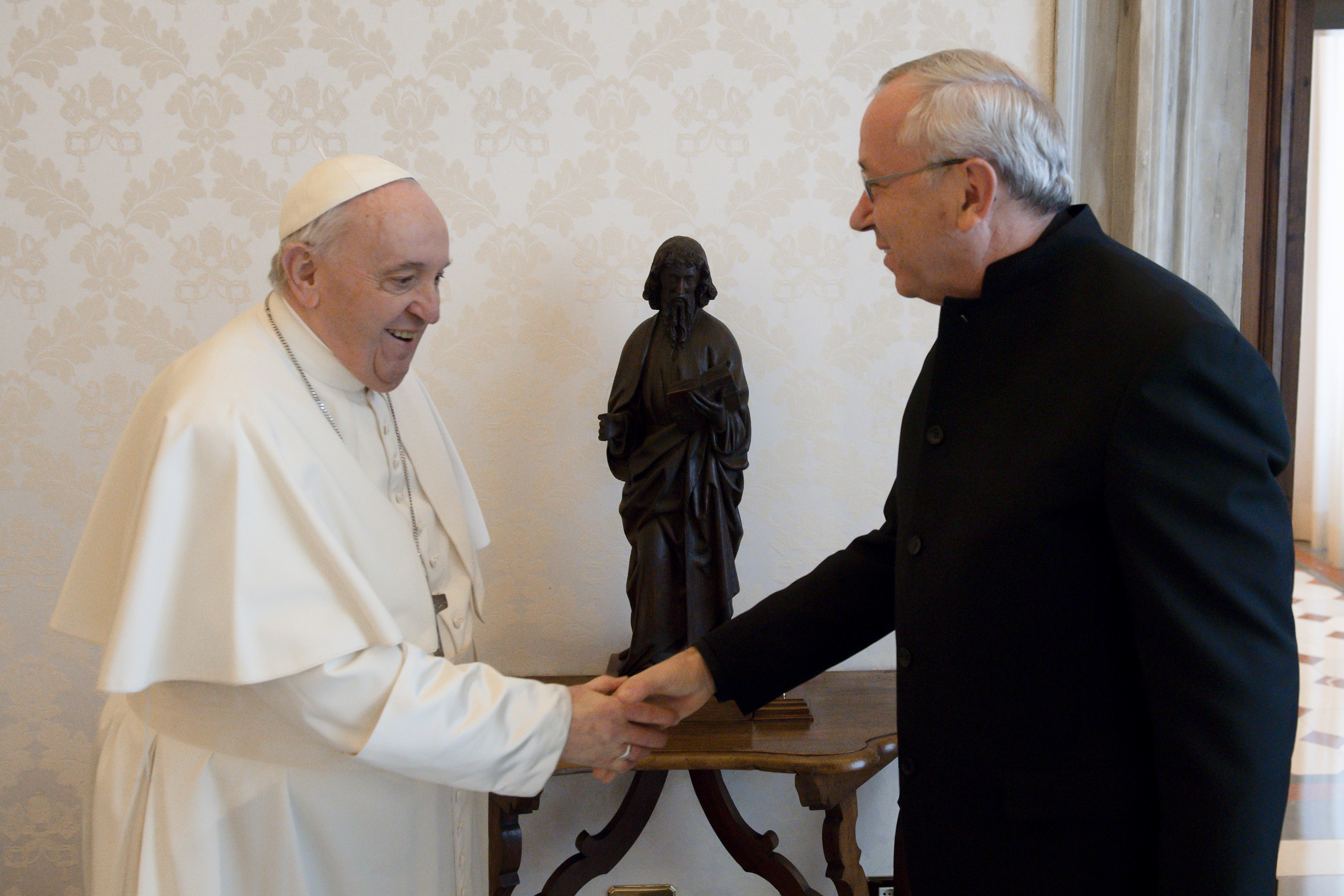 Marko Ivan Rupnik, 68, was accused by a former nun of using his ‘psycho-spiritual’ control over her three decades ago to have sex, including group sex, and to watch pornographic films.

The former nun claimed Rupnik – said to be close to the Pope – groomed her, had sex with her and bullied her into silence between 1987 and 1994.

She said he had asked her and another nun to have sex with him to replicate the relationship between God, Jesus and the Holy Spirit and claimed he abused up to 20 women.

Her explosive interview with Italian paper Domani on Sunday forced the Jesuits, a Catholic order of which Pope Francis is a member, to call for more victims to come forward.

It emerged earlier complaints against Rupnik were ignored then he was excommunicated in May 2020 for using the confessional to absolve a woman with whom he had engaged in sexual activity.

The ban was lifted within a month because he repented.